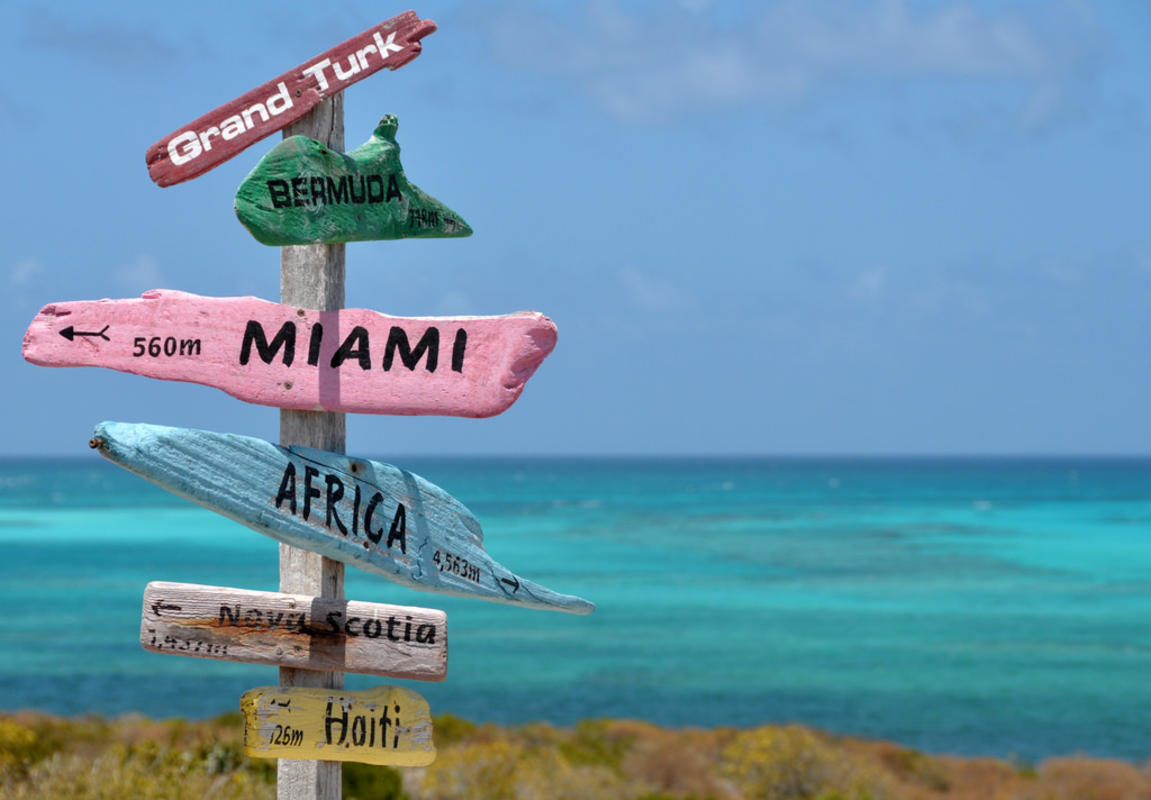 The official language of Turks and Caicos is English, as the country is an official overseas territory of the UK. There is also a local dialect called Creole spoken, and Spanish is common among Cuban immigrants. However, most people in the country will speak a good level of English.

The official currency of Turks and Caicos is the US dollar. ATMs are plentiful across the islands, although it is best to seek them out in the larger towns and cities. Credit cards, including Visa, MasterCard, and American Express, are widely accepted.

The time zone for Turks and Caicos is GMT -5. Daylight saving is observed for roughly eight months of the year; the clocks go forward one hour in March, and then adjust back in November.

Electricity in Turks and Caicos runs at 110V/60Hz, the same standard as North American appliances. You may need a transformer if your electrical appliances differ from this standard (for example, a step up transformer to meet 220-240V). They use a flat, two-pinned, North American style plugs here. The majority of sockets will not accept a third grounding pin found on British plugs, so it may be worth travelling with an adaptor if this concerns you.

Duty-free goods can be purchased at Providenciales International Airport. On entry, you can import the following duty free: 1.136 liters of alcohol, 20 cigars, and 200 cigarettes. If you are traveling to the US, you are allowed to import one liter of alcohol and 200 cigarettes, 50 cigars, or four pounds of tobacco.

Turks and Caicos Tourist Board: www.turksandcaicostourism.com

Consulates in Turks and Caicos

There is no diplomatic representation of the US in Turks and Caicos. For assistance, you must contact the US consulate in the nearby Caribbean country of The Bahamas. The closest diplomatic support for Canadian citizens is in Jamaica, and for Australian citizens it is in Trinidad and Tobago. As Turks and Caicos is an overseas territory of the United Kingdom, British citizens are not technically traveling to another country when visiting, so there is no need for a British consulate here.