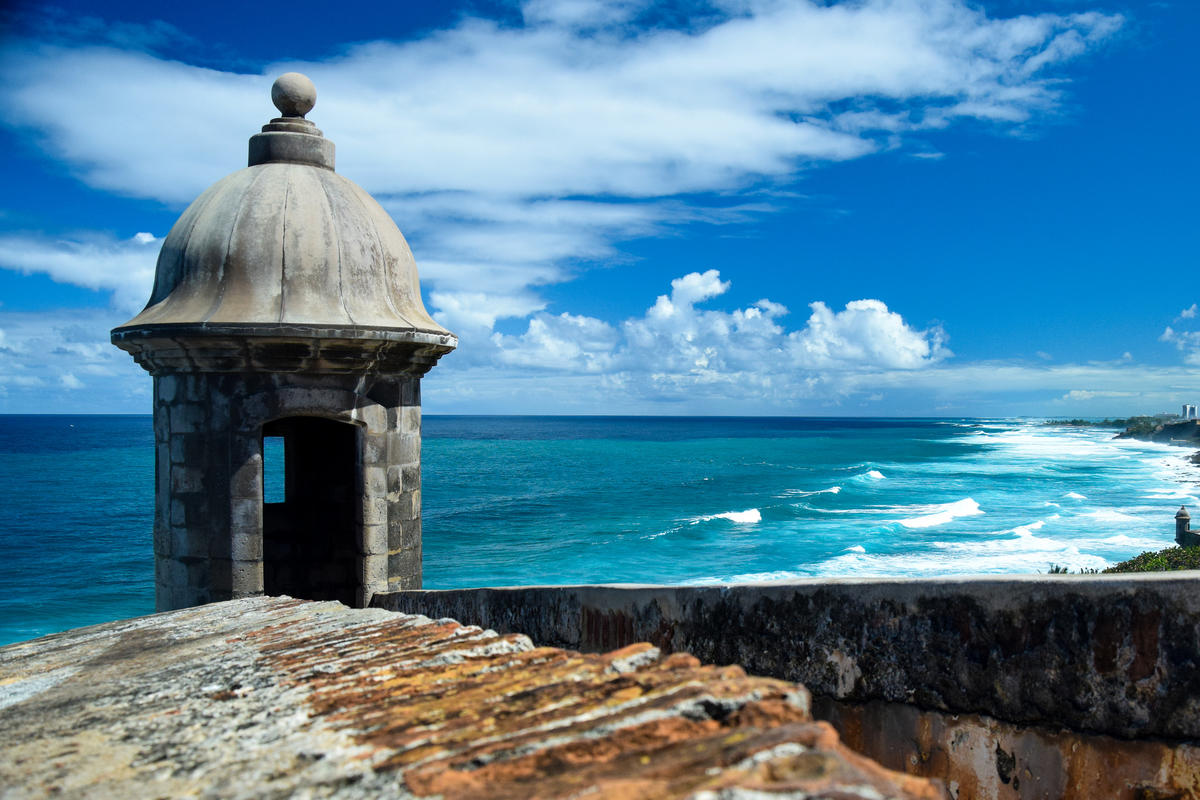 Puerto Rico boasts a lovely tropical climate which makes the island’s weather generally pleasant all year round. Temperatures rarely vary and there are only slight changes between night and day, summer and winter. The northern region is a bit cooler, but the south is a bit drier so it essentially evens out.

Dry season runs from November to April and temperatures tend to be a bit cooler although not nearly as chilly as on the mainland. The mercury drops no lower than 70˚F which is why Puerto Rico is such an appealing winter getaway. The most agreeable month during the dry season is February when temperatures are perfect for an escape from the snow.

Rainy season takes place from April to November, but precipitation levels aren’t nearly as bad as some of Puerto Rico's Caribbean neighbors. The rains are due to the hurricanes which pass through the region annually. They do vary from one end of the island to the other with the northern coast and the highlands getting the wettest. This period is also the hottest, with August seeing temperatures as high as 90˚F.

Peak travel season in Puerto Rico tends to coincide with the North American winter, especially in February, which has perfect weather and Carnival. Prices during this time skyrocket so it's best to make flight reservations and hotel bookings far in advance. The other peak periods are during Thanksgiving and Christmas breaks.

The best time to visit Puerto Rico would be on the fringe of the holiday season when the temperatures are still great, but the crowds begin to dissipate. If you're looking for a deal, the summer and rainy seasons see prices drop.

Click here for Festivals and Events in Puerto Rico