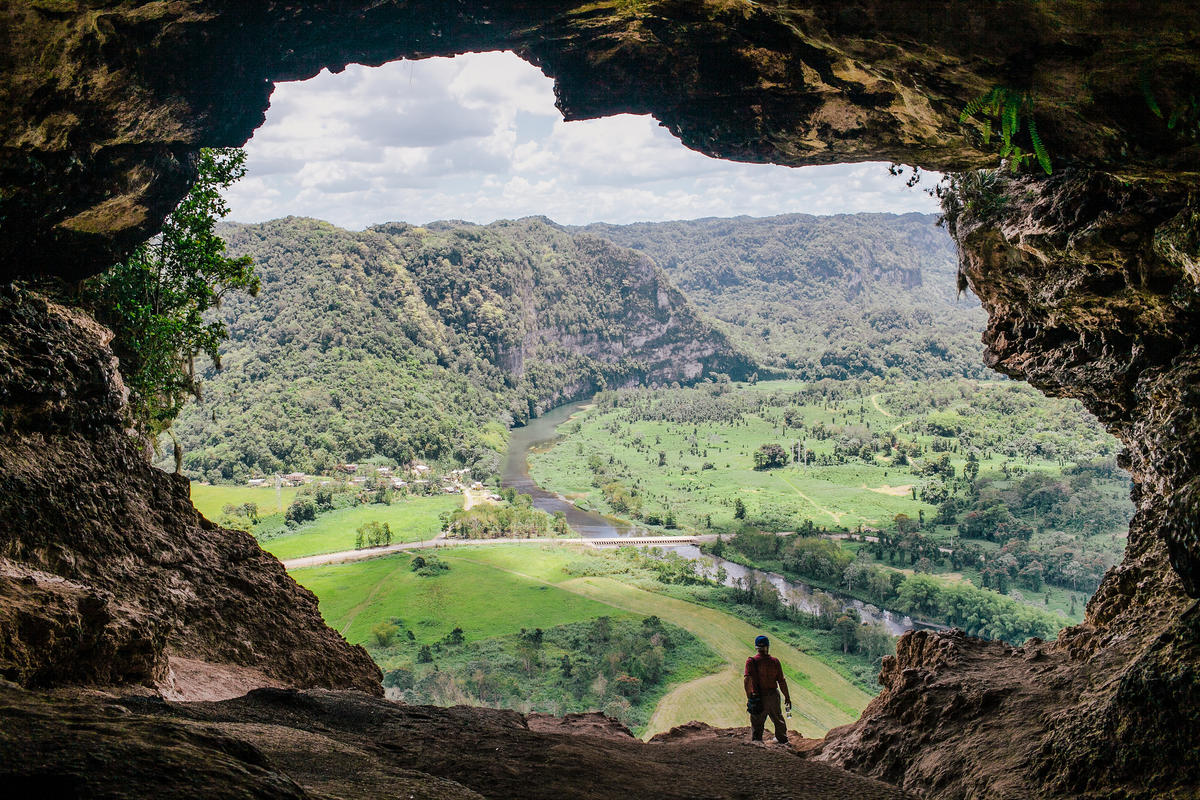 Car rental in Puerto Rico is possible with many international and local companies represented including Hertz, Avis and Budget, but is not always recommended the quality of the roads is not great. Many are littered with potholes and uneven pavement and in the larger cities, especially in San Juan, having a car can actually be a hassle as finding parking is a nightmare and signs are mainly in Spanish.

Taxis are a more convenient way to get around. There are private cabs operated by the official tourism company of Puerto Rico. These can either be hired in advance or flagged down from the side of the road. They are white cars with an official logo on the front door which says, Taxi Turistico. Most of the rates between the larger attractions have set prices, but if not, you should insist the meter be switched on.

The other option is to take a publico, or a shared taxi. Publicos are significantly cheaper than both the metered taxis and rental cars and are a nice way to meet local people. They are identifiable by their yellow license plates with the word “Publico” on them. Travelers can go to the local transportation terminal to wait until one arrives. There are no timetables and they only leave once they are full. Unlike metered taxis, publicos do not operate at night.

The only train service in the country is the Tren Urbano (Urban Train) which operates in San Juan and the surrounding municipalities of Bayamon and Guaynabo. The rail is almost 11 miles in length and consists of 16 stations. The train service in Puertro Rico is quite reliable with cars arriving on time and ticket fares affordable. Students and seniors are eligible for a discount on all journeys while children under the age of six ride for free.

The bus system in Puerto Rico is called the Autoridad Metropolitana de Autobuses (Metropolitan Bus Authority). There is an extensive network consisting over 30 routes that includes the cities of San Juan, Carolina, Guaynabo, Cataño, Bayamón, Trujillo, and Alto. There are also specific tourist routes called the Metrobus I and Metrobus II which operate between Old San Juan and Santurce, and Santurce and Bayamon. The buses are efficient and comfortable and the rates are cost effective, especially when traveling to the more remote regions.