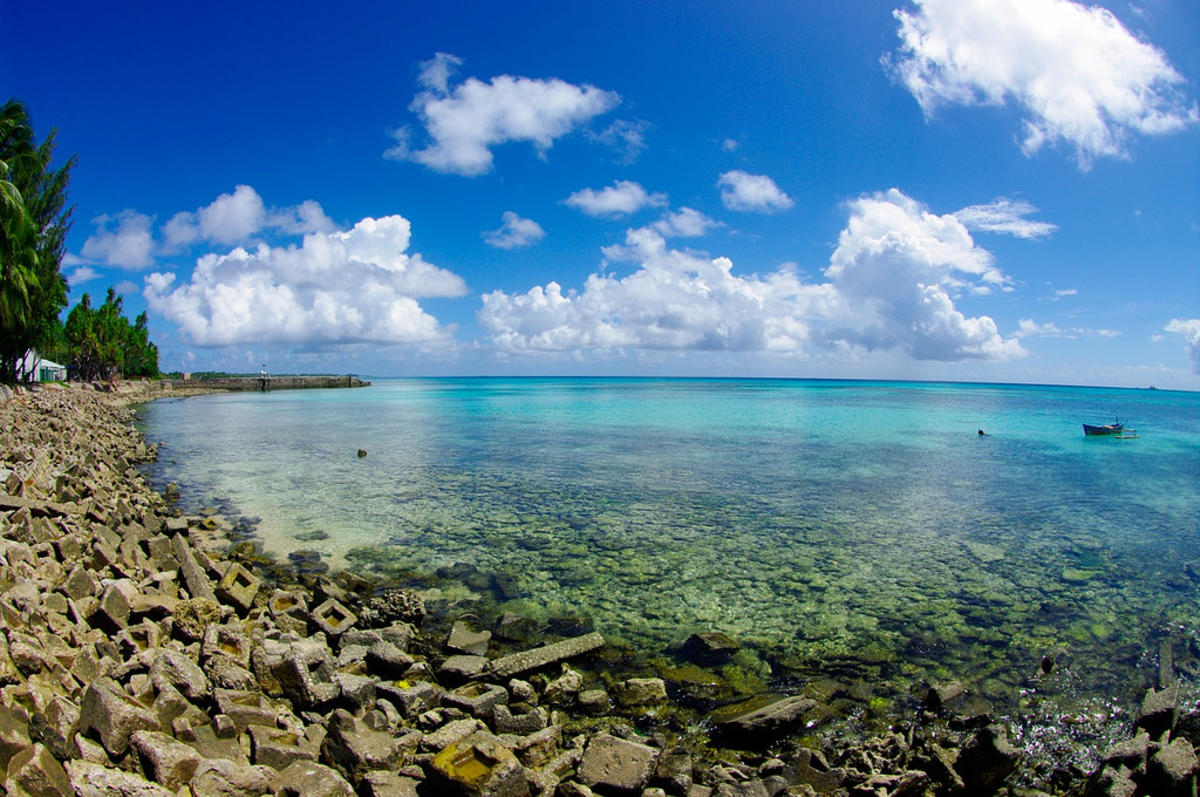 The greatest appeal of Tuvalu must be the enticing blue Pacific Ocean that surrounds the islands, which is clearly visible from anywhere you stand. However, to discover more about the underwater world and the protected marine habitat, you can go to Funafuti Marine Park for an unforgettable experience swimming with tropical fish and turtles in the lagoon. On dry land, all nine islands of Tuvalu provide simply stunning landscapes, with picture-postcard beaches swathed with palm trees. Adding a novel quirk to this idyllic scenery are WWII relics which provide an encapsulating glimpse into Tuvalu’s past.

During WWII, the islands of Tuvalu formed a strategic location for the Allied forces since the nearby islands of Kiribati in the Pacific were occupied by the enemy. There are several remains of this historically significant conflict dotted around Tuvalu, such as old and disused military aircraft on the northeastern side of Nanumea, and other plane wrecks on the islet of Motulalo. Other remains and debris can be seen along the beaches of the island of Fongafale, and there is a well preserved underground bunker on the islet of Tepuka. Address: Nanumea, Motulalo, and Tepuka Phone: n/a Website: n/a

Funafula is the second-most populated island of the Funafuti Atoll. Here, it is possible to see a traditional way of life being preserved since many of the houses are typical Polynesian style with thatched roofs, and many of the inhabitants still conduct fishing using traditional boats and methods. It is possible to reach the island from the capital city using the regularly scheduled catamaran that leaves the harbor. Address: Funafala, Funafuti Atoll Phone: n/a Website: n/a

You do not have to be a stamp collecting fanatic to enjoy this display of intriguing postage stamps. Many of the stamps are preserved as collectors’ items, and many more are for sale. Since the formation of Tuvalu as an independent state, these specially created stamps have been sought-after and are considered rare. You can purchase mint condition specimens from the bureau shop or simply take a look around the gallery. Address: Tuvalu Philatelic Bureau, Funafuti, Vaiaku Island Phone: n/a Website: n/a