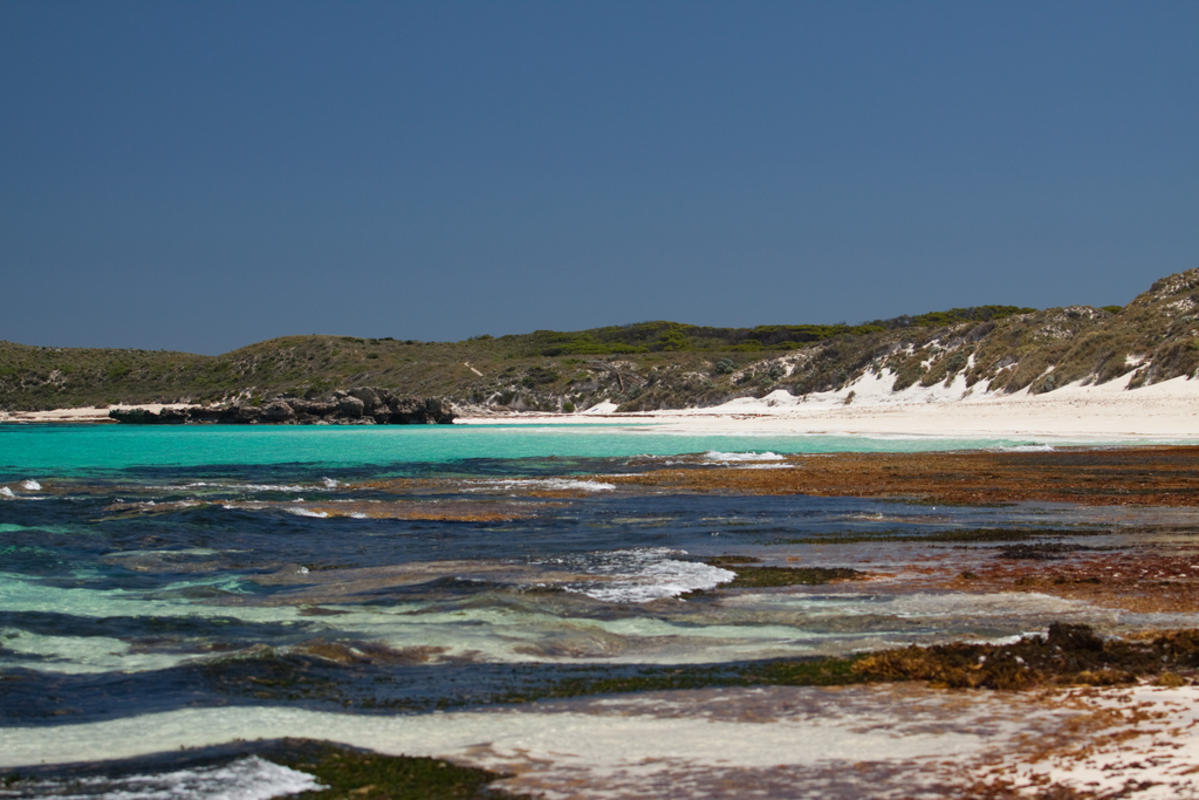 The largest state in Australia is blessed with a diverse landscape, filled with a range of environments to entice travelers. From the bustling streets of the capital, Perth, to the remote reaches of the Kimberleys, Western Australia boasts a laundry list of natural and man-made attractions. The amazing Bungle Bungle Ranges are incredibly fascinating, as are the desert pinnacles of Namburg National Park.

The Namburg National Park is a desert park located in the wheat belt of northern Western Australia that sees a quarter of a million visitors every year. The name comes from the main landmark – a series of tall limestone pinnacles jutting out from the sand. The viewing is best in spring when the weather is milder and the wildflowers begin to bloom. Address: Pinnacles Drive, Cervantes, Western Australia Phone: +61-8-9652-7913 Website: http://www.dec.wa.gov.au/component/option,com_hotp...

Granted World Heritage status in 2003, the Purnululu National Park is found in the beautiful Kimberley Region of Western Australia. The main highlight is the Bungle Bungle Ranges, a series of sandstone domes that have been formed over millions of years. Many centuries of weathering have seen the domes form rings of brilliant orange and grey. Address: Purnululu, Western Australia Phone: +61-8-9168-4200 Website: http://www.dec.wa.gov.au/component/option,com_hotp...

One of the most famous national parks in Western Australia, at its heart is Mount Augustus. This large landmark is actually more expansive than Uluru, but unlike Uluru, Mount Augustus is a monocline with plant growth on it, meaning it doesn’t fall into the monolith category. The mountain has two walking tracks to the summit, one easier than the other. There are plenty of additional hiking trails around the mountain itself and into the surrounding park. Address: East Lyons River, Western Australia Phone: n/a Website: http://www.dec.wa.gov.au/component/option,com_hotp...

Formerly known as Hammersley National Park, Karijini is one of Western Australia’s most beautiful natural attractions. It was first explored by European settlers in 1861, but indigenous tribes have resided in the region for thousands of years. A range of unique animals are on show, including the echidna, pythons, wallaroos, goannas, bats, and red kangaroos. The park is part of the Pilbara region, and includes an enormous list of gorges, watering holes for swimming and waterfalls to explore. Address: Karajini Drive, Tom Price, Western Australia Phone: +61-8-9189-8121 Website: http://www.dec.wa.gov.au/component/option,com_hotp...

Great Barrier Reef – eat your heart out! Western Australia’s Ningaloo Reef and Marine Park is one of the country’s most exciting underwater attractions. A fringing reef that stretches for more than 200 miles, it the longest of its kind in Australia. It became a World Heritage site in 2011, mostly because the waters are a feeding ground for whale sharks. However, there are numerous other marine creatures on display, including dolphins, dugongs, humpback whales, and manta rays. Address: Coral Bay, Western Australia Phone: n/a Website: n/a

A five hour drive north of Perth, this park is famous for its beautiful yet diverse landscapes, which stretch from the colorful cliffs of the Western Australian coast to the upper regions of the Murchison River. There are plenty of interesting things to see, including The Loop (an old oxbow in the upper reaches of the river), Hawks Head, Red Bluff, and Mushroom Rock. Address: Kalbarri National Park, Western Australia, 6536 Phone: +61-8-9937-1104 Website: http://www.dec.wa.gov.au/component/option,com_hotp...

Located within he Perth Cultural Center, the Western Australian Museum takes visitors on a world of discovery. From ancient indigenous artifacts to colonial heritage displays, the museum is one of the state’s most treasured attractions. Tourists are advised to spend at least a couple hours exploring the halls and learning about the social and historical aspects of the Land Down Under. Address: 12 Lindsay Street, Perth Phone: +61-8-6557-0700 Website: http://www.perthculturalcentre.com.au

Rottnest Island is only 13 miles off the coast of Perth. Filled with beautiful woodland, the beaches and the bays of this stunning island are what attract visitors year after year. Quokkas are the most famous animal residents and can be seen at night. Visit the wartime features such as old weaponry and former barracks. Address: Rottnest Island, Western Australia, 6161 Phone: +61-8-9432-9111 Website: http://www.rottnestisland.com/

Click here to learn about airports in Western Australia