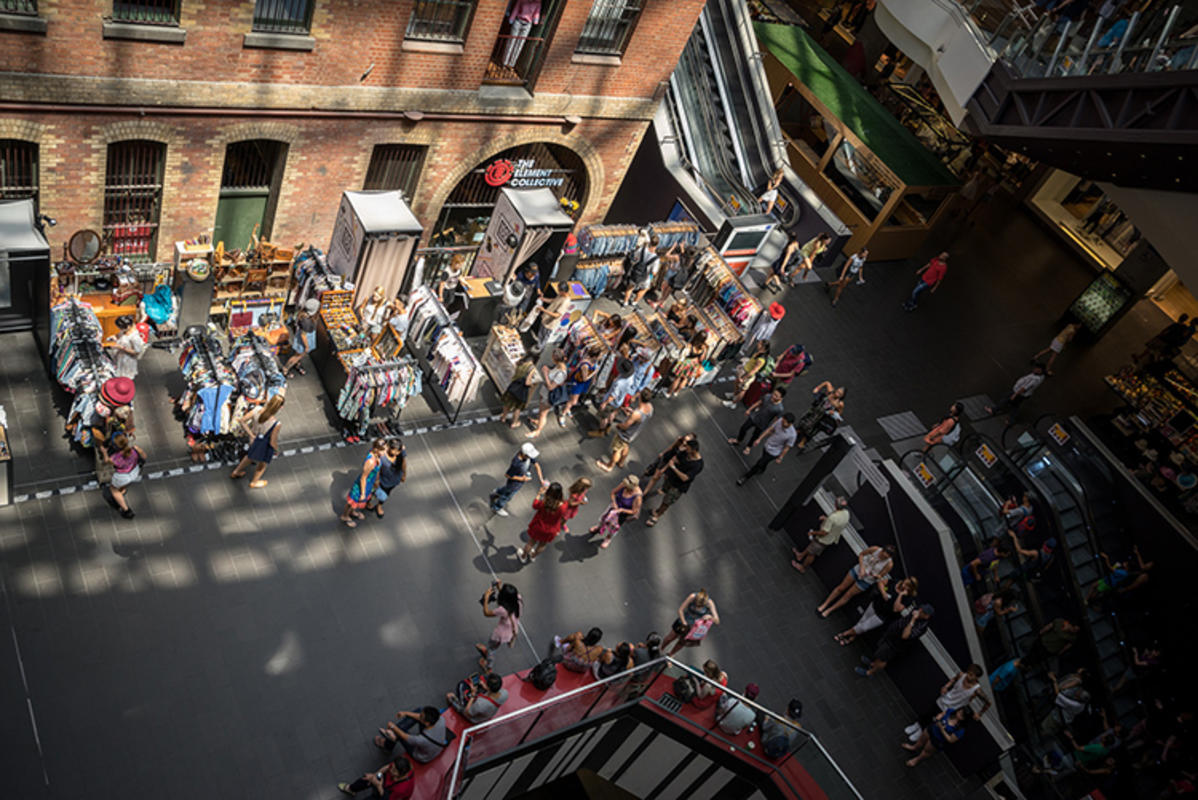 Like many other Western countries, Australia is home to a wide range of shopping options, most of which are located in the largest cities of each state. Major fashion labels reside shoulder to shoulder with up-and-coming local brands. Of course, cities like Sydney, Melbourne, the Gold Coast, and Brisbane possess a monstrous list of shopping centers, department stores, and street-lined boutiques. Australia is not known for its bargains, so tourists should expect to pay top dollar when shopping, which also usually means top quality. Tourism is a massive business in Australia, so most cities and towns have plenty of souvenir shops in their downtown areas.

Melbourne and Sydney are shopping meccas, boasting various districts and malls across their respective cityscapes. Haggling is not common, except in some of the large market places. Don’t attempt to bargain with shop assistants in major department stores, as this will get you nowhere. Some of the most renowned shopping spots in Australia include Melbourne’s Collins Street and Sydney’s Queen Victoria Building.

The central business district (CBD) of Melbourne is a major hotspot for shopping in Australia. Collins Street and Little Collins Street have a selection of the finest fashion labels in the world and is certainly an area of expensive finds. Melbourne Central is a department store that radiates a high-end ambiance, and Bourke Street Mall can be visited for hours on end, as massive stores like Myer and David Jones are found here. For more alternative and retro fashion labels head to Chapel Street.

The Queen Victoria Markets, just outside Melbourne’s inner city, are home to a stunning array of cheap yet top quality items. The prices for most products are cheaper than those found in the CBD and has developed into a great place for tourists in recent years. Even the fruit and vegetable section is lively everyday of the week.

Built in the 19th century, the Queen Victoria Building (QVB) is a phenomenal sandstone structure that contains more than 400 retail stores. Found on George Street just opposite Town Hall, this Sydney building is a great place to find many European shoe stores and Australian-owned fashion labels. Marcs and Oroton are just a small sampling of Australia’s leading designers with stores in QVB.

Pitt Street Mall is Sydney’s busiest and most dynamic pedestrian mall. It isn’t especially expansive, but a plethora of reputable fashion stores along this strip places Pitt Street at the head of Australia’s shopping echelon. Wedged between King and Market Streets, this pedestrian avenue was recently joined by Sydney Westfield.

Outside of Melbourne and Sydney, shopping is still a very big part of Australia’s urban culture and a department store or shopping mall can be found in almost every metropolis and town around Australia. Most malls are open between 9:00 a.m. and 5:00 p.m. every day, with a late trading night once a week.