Antarctica — Things to Do 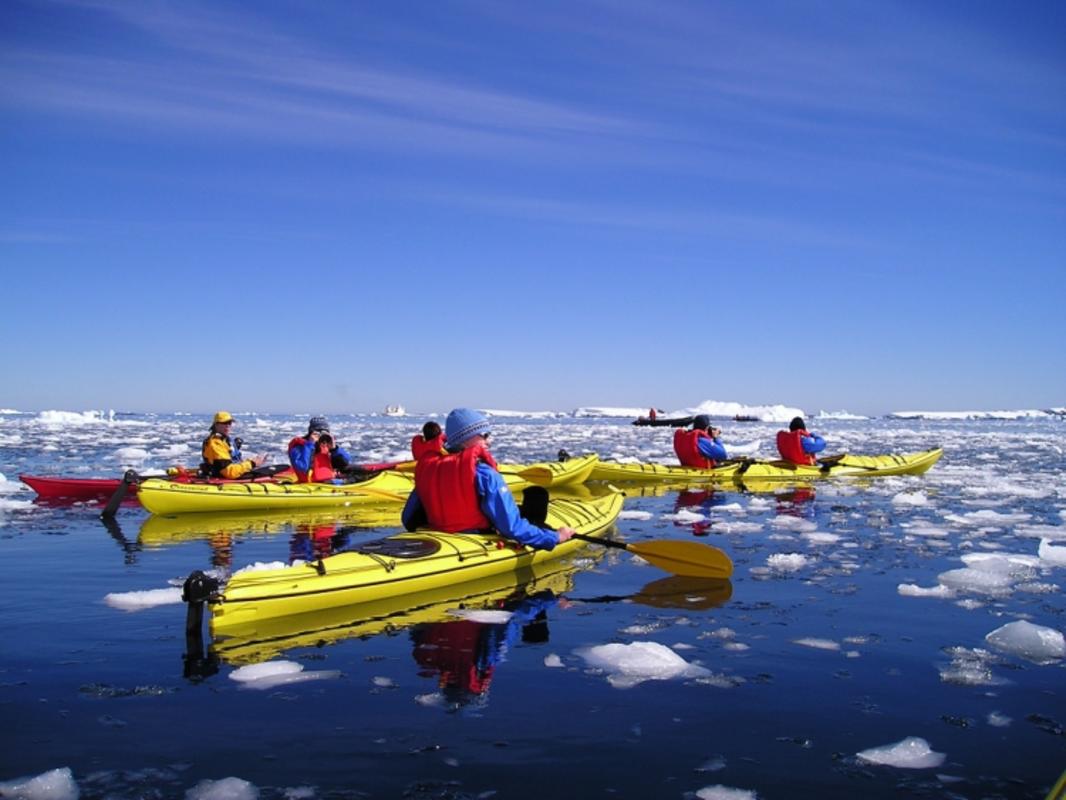 Tourists to Antarctica typically come for one of two reasons: wildlife or challenging sports. Cruise passengers use kayaks, zodiac boats and landing sites to launch trips to the continent’s seal and penguin rookeries, while climbing expeditions to the region’s tallest peaks usually require an internal flight by propeller plane. Trips to the South Pole have become increasingly popular, with it now possible to be dropped off by air close by and make the remaining journey on skis.

Cruising the Antarctic Peninsula’s coastal areas in search of wildlife requires little if nothing in the way of experience, but the continent’s more challenging thrills, such as a trip to the South Pole are reserved for only those with the determination of explorers of days past, such as Ernest Shackleton and Robert Falcon Scott. The most popular cruise operators include Adventure Life, Aurora Expeditions and Intrepid Travel.

Wildlife viewing is a major part of any Antarctica trip. From leopard seals lounging on ice flows at Cierva Cove to whale watching at Gerlache Straits and chinstrap penguins accessing their colony at Baily Head on Deception Island, the Antarctic Peninsula has animal life that thrives in their unique climate. Indeed, the peninsula has several penguin colonies, including those at Port Lockroy and Paulet Island. International Wildlife Adventures offer cruises geared toward observing the emperor penguins of the Weddell Sea. Camping, kayaking and snowshoeing can all be incorporated into trips to wildlife viewing areas.

Many travelers stop at the South Shetland Islands en route to landing sites on the Antarctic Peninsula. These islands are dotted with the research stations of over a dozen countries, with the staff making up the islands’ only year-round residents. From these bases, visitors can take nature tours to see wildlife and landscapes in temperatures less frigid than those of the Antarctica interior. Oceanwide Expeditions offers 10-day voyages to Antarctica which stop in the South Shetland Islands.

Marking the earth’s southern axis of rotation, the South Pole has become a popular travel destination. The permanently staffed research station here welcomes visitors, who fly in from Patriot Hills, getting dropped off as close as possible to make the rest of the journey by skis. Pure trekking expeditions to the pole can take up to 60 days, thus most visitors opt for the cheaper option which affords a day at the pole without any skiing. The leading tour company for this excursion is Amazing Voyages.

The Ross Sea region offers superb mountain climbing at Mount Erebus (3,795 m), the globe’s most southerly active volcano. With periods of volcanic activity placing it out of bounds to climbers, the mountain can only be scaled in the summer. Further climbing opportunities are available in West Antarctica, which is home to the Vinson Massif. At 4,892 m high, the giant is a moderate two-week trek, with getting here the biggest challenge. International Mountain Guidesoffers guided trips up the mountain, with expeditions starting from Punta Arenas, Chile.