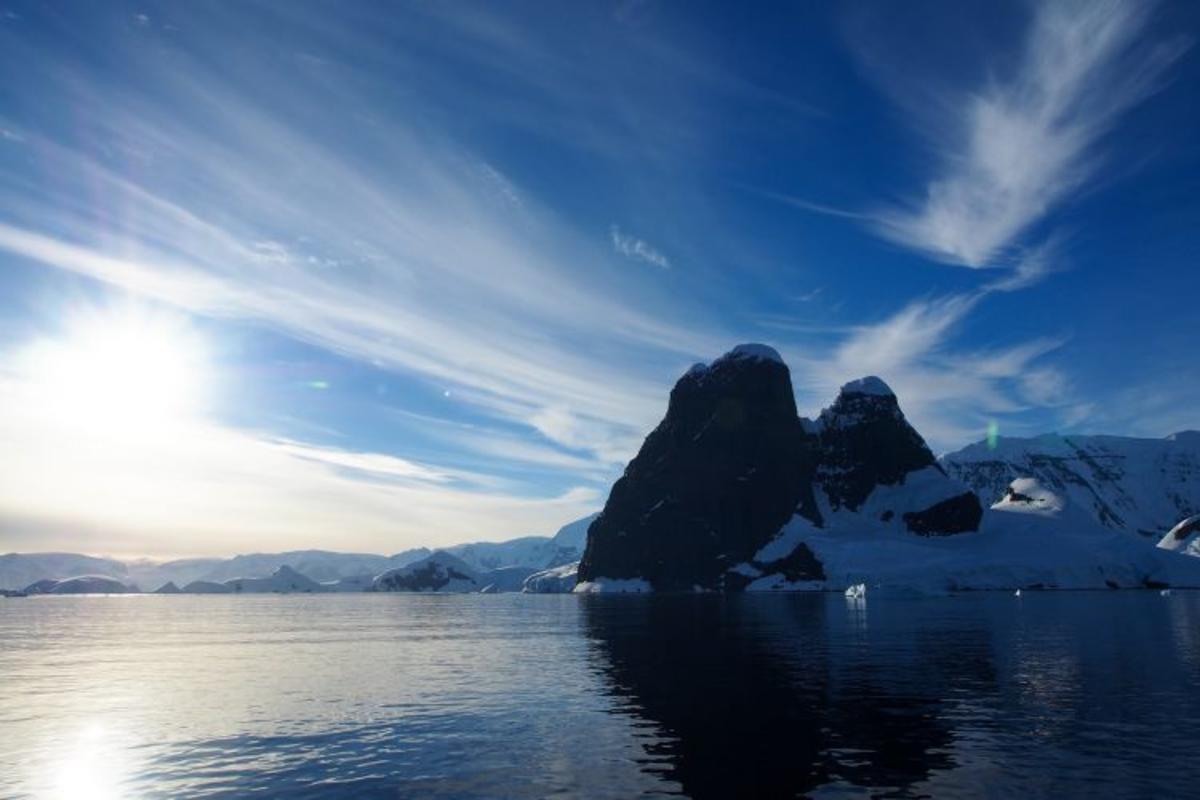 All of Antarctica’s attractions must be visited on an organized tour, and most visitors would not want it any other way given the challenges presented by the unforgiving climate and landscape. Tour operators focus on the Antarctic Peninsula, at Deception Island, Port Lockroy and penguin colonies, as most other regions aside from the Ross Sea are difficult to access and have virtually nothing in the way of amenities, making them dangerous and expensive to reach.

This fixed location at the Earth’s axis of rotation is a pilgrimage site for experienced travelers. The site sits at an alatitude of 90°S and has a permanent research station as well as a tent-like visitors’ center. You can only make the trip here November to January, when daylight prevails and temperatures are less severe than winter. There is little to actually see, but having a photograph taken next to the ceremonial South Pole, which is actually a few hundred meters away from the literal South Pole is popular. Address: South Pole, 90°S Phone: n/a Website: n/a

Anver Island and Anvord Bay are the most touristy part of Antarctica. The area is home to the US Palmer research station, historic Port Lockroy and its museum, a penguin colony, the post office, gift shops, the cruise ports of Neko Harbor and Paradise Bay, and Cuverville Island. Address: Anver Island / Anvord Bay, Antarctic Peninsula Phone: n/a Website: n/a

A stop for most cruise ships before reaching Antarctica, the South Shetland Islands are a major attraction of any visit to the region. Located just 75 miles off the coast of the Antarctic Peninsula, this archipelago features many field camps and research stations, as well as outstanding landscapes and nature. Deception Island is home to Baily Head, the location of a large penguin colony, while the island’s Whaler’s Bay offers an old whaling station along with hot springs. Address: South Shetland Islands Phone: n/a Website: n/a

The Antarctic Peninsula’s Paulet Island is one of the continent’s many wildlife spotting locations. Visitors can witness the world’s largest adelie penguin colony, incredible views from the volcanic summit of the island and the ruins of a hut constructed by the Nordenskjold expedition. Address: Paulet Island, Antarctic Peninsula Phone: n/a Website: n/a

This part of the continent is overrun by mountains such as the Enderby Land Coast Range, the Prince Charles Mountains and the Transantarctic Mountains. There are a number of research stations, some current and others old and discarded. The coastline of Queen Maud Land is characterized by soaring ice cliffs, with the nearby Dome Argus ice formation Antarctica’s highest point and possibly the coldest place on the planet. Address: East Antarctica Phone: n/a Website: n/a

Macquarie Island is home to Australia’s scientific station, the US base of McMurdo and the New Zealand research hub of Scott Base. Wildlife on the World Heritage island located 745 miles north of Antarctica, includes penguins and seals, as well as bird life. Visitors can go on bush tracks, send postcards or buy souvenirs. The less visited Scott Island is also in this region, while Ross Island is home to the well-preserved huts of Scott and Shackleton, which are maintained as historic sites. The continent’s most challenging trek, Mount Erebus―only climbable during periods of volcanic inactivity in the summer―is also here. Address: Ross Sea Phone: n/a Website: n/a

This region of the Western Hemisphere is home to the climbable Vinson Massif along with numerous other mountains, including those that make up the Ellsworth, Thiel and Pensacola ranges, along with three research stations. The area is mostly only visited by researchers and mountain climbers. Address: West Antarctica Phone: n/a Website: n/a

Click here to learn about Antarctica's Food and Restaurants