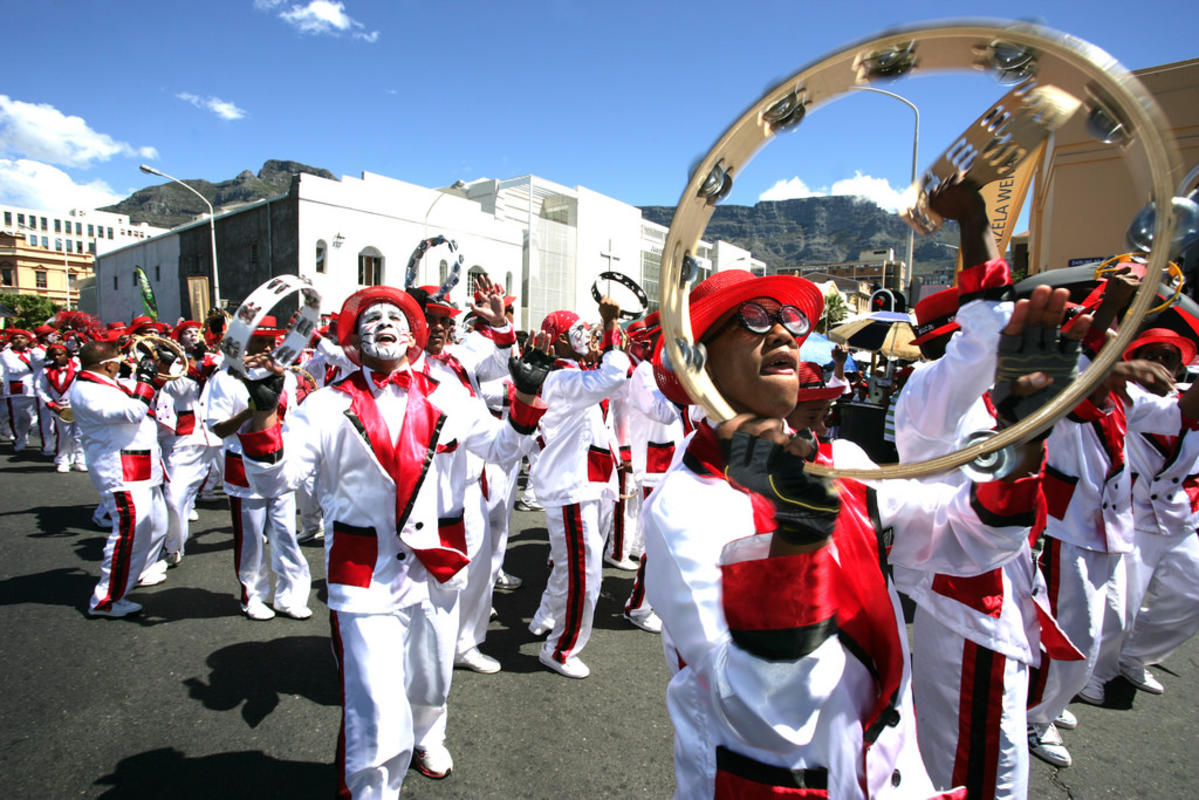 South Africa holidays are plentiful and a celebration of the nation’s rich heritage and people, as well as its diverse produce. Cape Town International Jazz Festival, Grahamstown’s National Arts Festival and the Awesome Africa Music Festival are just three of the happenings that pull in ever-increasing attendees each year.

The first event of the year is the Cape Town Minstrel Carnival, or the Kaapse Klopse in Afrikaans. It was traditionally held on January 2 but now some festivities start on the 1 and continue throughout the first week of the year. The event sees teams of costumed minstrels parade through the streets of Cape Town playing traditional music and jazz. The celebration of emancipation attracts tens of thousands of visitors every year.

Late March or early April sees the Cape Town International Jazz Festival, one of the biggest musical extravaganzas in Africa. The two-day event offers a mix of local and international musicians performing on five different stages for audiences of over 30,000.

Knysna Oyster Festival is held at the Garden Route town of Knysna every July. Dignitaries bill the event “the finest 10 days of winter” and a worthy tribute to the humble oyster. Over 100 events take place including shucking contests, eating challenges, the Knysna Forest Marathon and cycle tours of the region. The state navy dispatches a selection of its fleet as an added diversion for the 65,000 festival attendees.

The National Arts Festival is staged in Grahamstown and is another popular July event. A premier showcase of arts and culture, it has two programs, Main and Fringe, which runs the gamut of performances. Theatrical dramas and opera, music, street entertainers, and visual art are all integral parts of the 11-day-long festival.

Northam, north of Johannesburg and Pretoria, is the venue for the Oppikoppi Bushveld Festival in August. Oppikoppi began life as a rock festival, but has grown significantly and now has several stages where folk and jazz artists, house DJs and even comedians cater to all tastes. The original campground at the bottom of the hill still exists and has been complemented by an RV site.

In the first half of September, up to 10,000 Zulu maidens don traditional garb and make their way to the Zulu king’s KwaNyokeni Palace in KwaZulu-Natal Province via a four-day processional. The women spend a lot of time preparing the beads and the reeds to sing and dance as the parade arrives at the royal palace. The festival is a popular add-on to Durban holidays at this time of year.

Due to its copious number of jacaranda trees, Pretoria is often referred to by South Africans as Jacaranda City. In late spring when the trees are in bloom, the area takes on a purplish hue. October’s Jacaranda Festival honors the native symbol with family entertainment and a special market.

Click here for Things To Do in South Africa