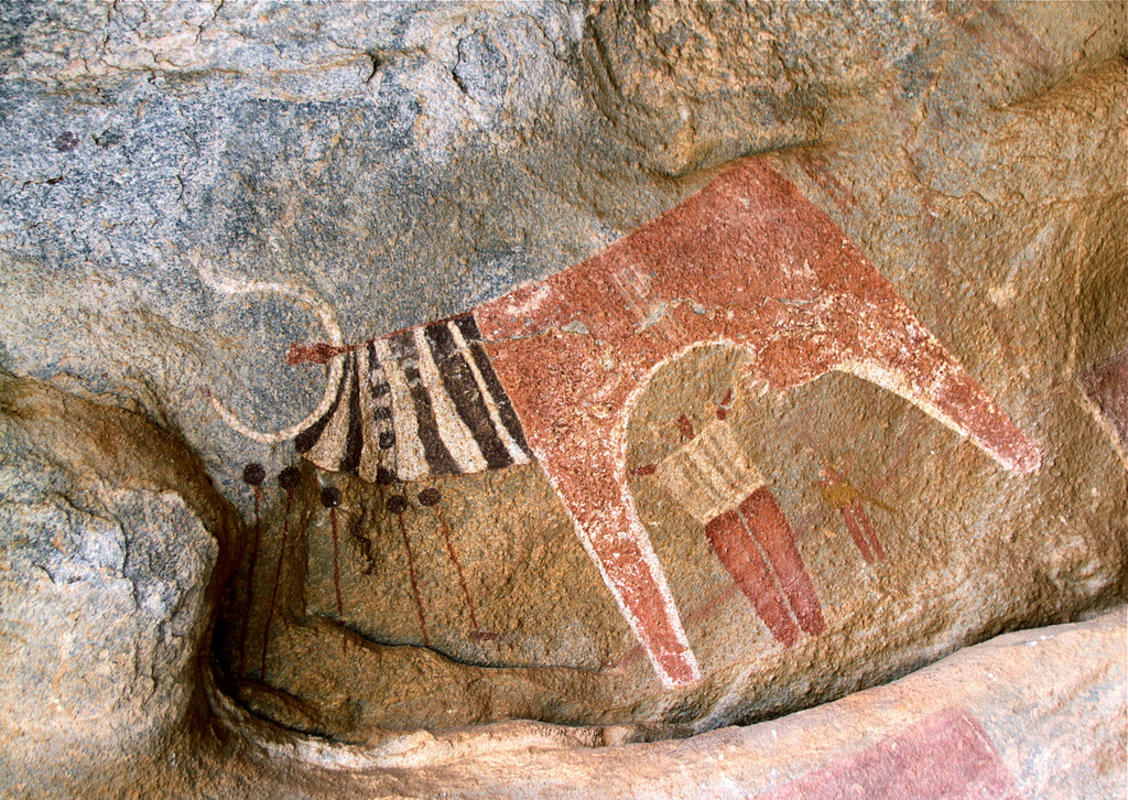 While Somalia’s landmarks are complicated by the fact that some of them are out of bounds during periods of violence and conflict, there are certainly some spots which should not be missed. The country boasts many natural landmarks, including national parks and mountains in which locals place a great deal of pride. Most of the attractions concern the region’s cultural and political history, which are interesting considering the current instability.

By far the best-known and most popular landmark in Somalia is Laas Geel, a series of caves in Somaliland that display hundreds of ancient Neolithic paintings. The rock art in these caves is arguably some of the best-preserved anywhere in the world, dating back to 9000 BC, and travelers who are able to visit the site are privileged. Unfortunately, the site is not recognized as a UNESCO World Heritage site because Somaliland is not recognized as an independent state by the international community. Make no mistake though, Laas Geel certainly fits the UNESCO criteria. Visitors to the site must be accompanied by a guide, whether they like it or not. Address: 10 miles outside of Hargeisa, Somaliland Phone: n/a Website: n/a

Somalia is rich in natural beauty and this is evident in the plethora of national parks. One of the most popular parks is Kismayu National Park in the southwest region. Kismayu is one of the only parks which is home to many animals that are native to the East African region, like the Somali sheep and the Somali wild ass. There are many opportunities for outdoor adventures, including wildlife safari tours to observe such African game as lions, leopards, zebras, wild boars, and antelopes. Address: Southwest Somalia Phone: n/a Website: n/a

There are several beaches in Somalia and Somaliland, but the beach area which takes the cake is the Berbera Seaside in the Sahil region near Hargeisa. The Berbera Seaside area boasts gorgeous beaches which are not yet spoiled by tourism and overdevelopment, the bluest waters, and the softest sands. This region is not only easy on the eyes, but is perfect for water sports, including scuba diving, fishing, snorkeling, and surfing. Some of the world’s best coral reefs are also located in the region, which makes for an added bonus when exploring the deep blue. Address: Berbera District, Woqooyi Galbeed, Somaliland. Phone: n/a Website: n/a

An important museum chronicling the ethnographic and cultural history and development of the Somali people, and particularly those living in Somaliland, the Hargeisa Provincial Museum is not to be missed. The museum, which has been open since 1977, displays artifacts representing Somali culture, which oftentimes have come straight from Hargeisa residents’ homes. The museum was once part of a larger cultural center which comprised of a library and a theater. Today, the museum has exhibits showcasing over 1,400 cultural items and information about the region. Anyone interested in learning about how Somaliland came to be, and the history of the people who live here, should make a turn at this fascinating place. Address: Arwada Road, Hargeisa, Somaliland Phone: n/a Website: n/a

Another great place to learn about the country is the National Museum of Somalia. The museum holds many culturally significant artifacts, including ancient weaponry, traditional artwork, coins and bartering tools, and items of pottery. Interestingly, the building in which the museum is housed is an historical artifact. The palatial building was once built for the Sultan of Zanzibar and its Arabian style architecture is interesting. A trip to this museum will provide insight not only into specific regions of the county, but into the country as a whole. Address: Wadada Muxamad Xarbi, Mogadishu Phone: n/a Website: n/a

Somalia abounds with natural landmarks, one of which is popular with locals. The twin hills of Naasa Hablood, situated on the outskirts of Hargeisa city, are sometimes referred to as ‘Virgin’s Breast Mountains’ because of their shape when looked at from a side view. While the peaks are popular with tourists, they seem to be even more popular with locals who take pride in them by promoting them to anyone who will listen. Travelers may not learn very much about the county from these granite and sandstone mountains, but they are still worth a visit. Address: 10 miles outside of Hargeisa, Somaliland Phone: n/a Website: n/a

Located in the heart of Mogadishu, Shanghai Old City is one of the most popular landmarks in the city and is best known for its interesting and unique Chinese architecture. This relatively wealthy area has been controlled by warlords at different periods during the civil war. Shanghai Old City is perhaps the most beautiful part of the city and, when not entangled in a struggle for power, is well worth a visit. Address: Southern Mogadishu Phone: n/a Website: n/a