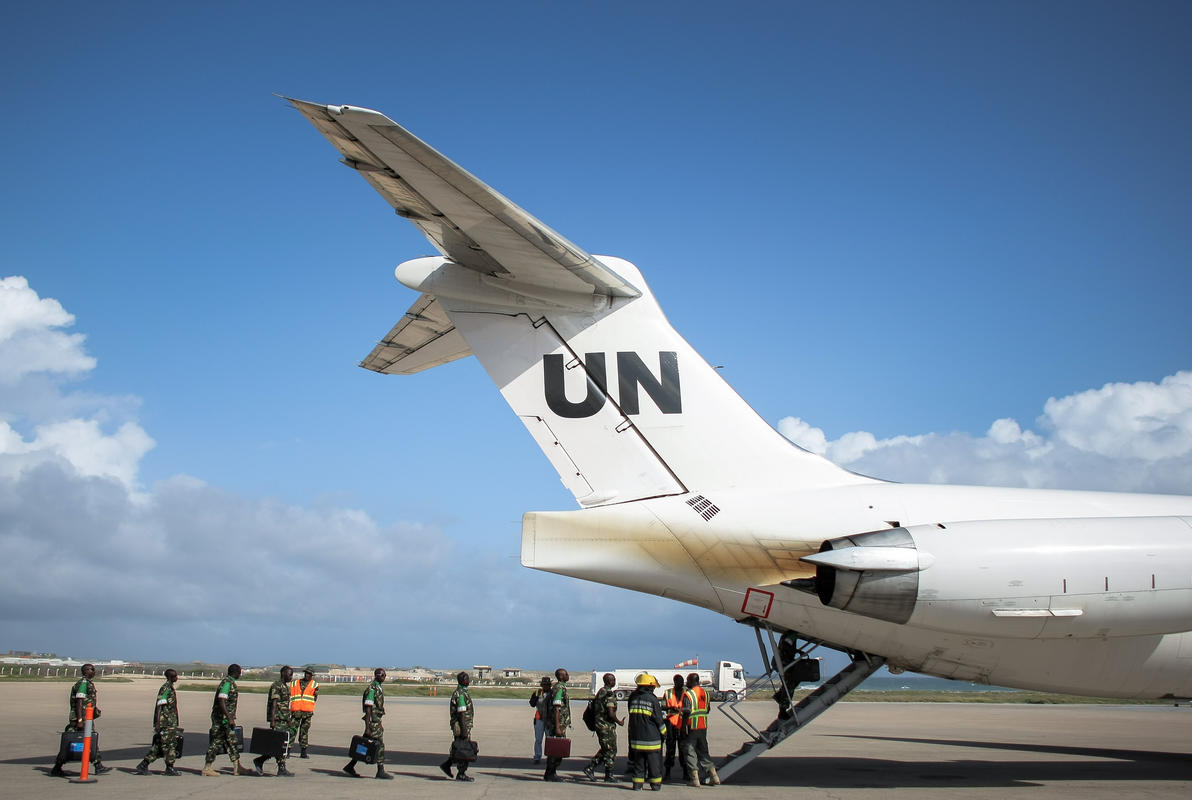 Formerly known as Mogadishu International Airport, Aden Adde is one of the main gateways into Somalia. The airport was closed for long periods of time during the civil war but as the security situation improves, the airport has become fully operational once more. The airport has been recently revamped. Most of the traffic into Mogadishu is from the East African region, including Djibouti, but there are flights from other regions as well.

Located in the self-declared republic of Somaliland, Hargeisa International Airport is the largest and busiest airport in the territory. As of yet, there are no flights directly from the United States into Hargeisa, but it is possible to fly into a neighboring country and catch a connecting flight. Daallo Airlines has flights into Djibouti and Dubai, from where connections with the US can be made, and the same can be said for Jubba Airlines.

The airport was greatly damaged during the civil war but since the territory declared itself independent from the rest of Somalia, the terminals have not only been restored, but renovated. The airport is now modern and able to handle a large capacity of annual passengers. Transport from the airport to the city is by shared bus or taxi, the latter which can be booked through your hotel.

The second-largest airport in the country, also known as Bosaso International Airport, Bender Qassim services the commercial capital of the country in the Puntland region. There are no direct flights from the United States to Bender Qassim so travelers coming from America will need to fly into a neighboring county first and then make an overland journey or catch a regional flight. African Express Airways flies into Bender Qassim from Nairobi in Kenya and Aden and Riyan Mukulla in Yemen. Jubba Airways is another reliable option. The airport is currently undergoing renovations and may not be completely operational. Transport from the airport to Bosaso is by taxi (best arranged through your hotel) or shared bus.