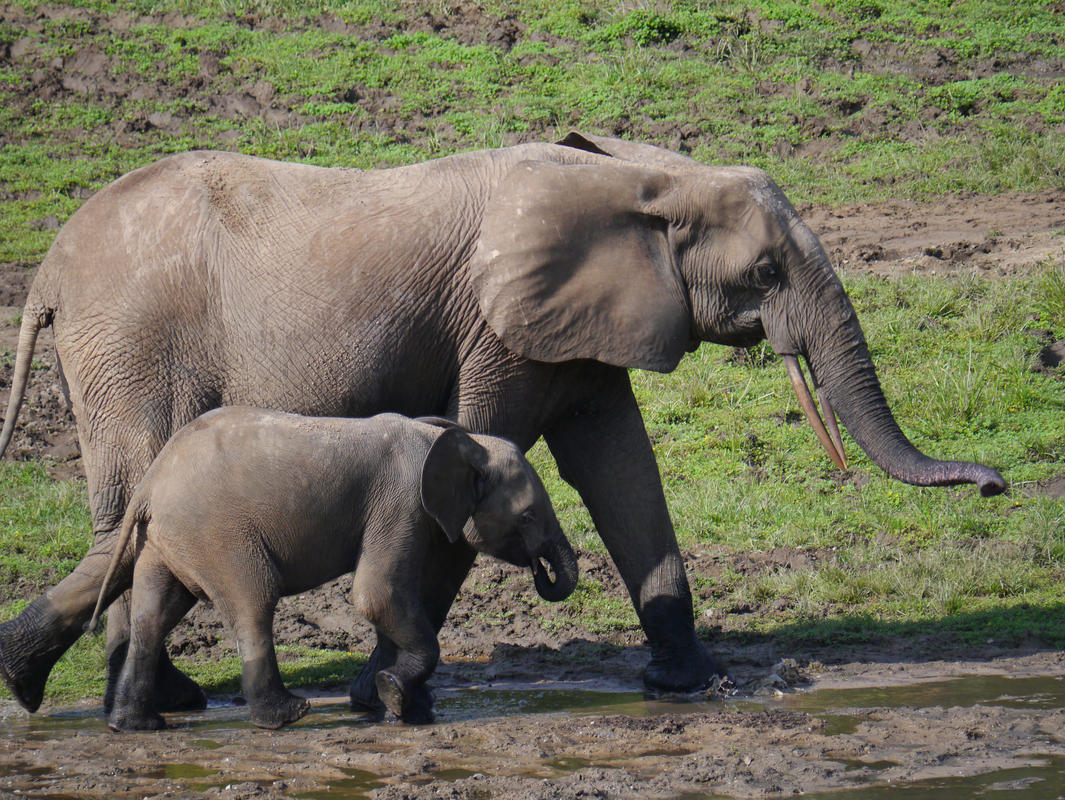 The Central African Republic is quickly becoming popular with adventurers who are curious not only about the country’s natural attractions, but also its colorful culture, which is a hodgepodge of influences from over 80 ethnic groups. It is generally easy to get around by boat, a four-wheel drive vehicle or bus.

Situated in the country’s southwest region, Dzanga Sangha is one of the most important national parks in the Central African Republic. It is distinctive for its thick lowland rainforest and strategic location near the Sangha River, which is one of the Congo’s major tributaries. The reserve is home to large species of mammals such as forest elephants, the bongo, chimpanzee, western lowland gorillas, sitatungas, the red river hog, the giant forest hog, and water buffaloes. Getting here from Bangui is easy; you can either drive or fly from Brazzaville, the Republic of Congo’s capital. Good-quality four-wheel drive vehicles may be rented from Bayanga’s independent operators if you want to get around the park independently. You can also ride small motorized wooden boats called “pirogues” if you are coming from the Congo or Cameroon. While you are in the park try gorilla tracking, saline tours, net hunting, and an evening of dancing and singing with the Ba’aka tribe. Address: southwest region, Central African Republic Phone: +49-69-791-44221 Website: http://www.dzanga-sangha.org/

This other major national park in the Central African Republic is in the northeastern region. Manovo-Gounda St Floris has been on the UNESCO World Heritage list since 1988, but sadly, in 1997, it was also added to the list of sites in danger. The park is managed by the Africa Conservation Trust, a non-profit organization working with the national government to preserve the diverse flora and fauna of the region. The park is divided into three major zones split naturally by the Bahr Aouk and Bahr Kameur rivers in the north, which create a grassy floodplain. The Chaine des Bongo plateau is the southern zone, while the central area is home to wooded and bushy savannas and occasional granite inselbergs. The rainy season is between June and November, but the park remains hot and dry throughout the year so grass fires are a common occurance. This reserve is home to black rhinoceros, leopards, cheetahs, red-fronted gazelles, elephants, and buffalos, among many other animals. Address: Bamingui-Bangoran, Central African Republic Phone: +27-33-0342-2844 (African Conservation Trust) Website: http://www.projectafrica.com

Classified as both a biosphere reserve and a national park, Bamingui-Bangoran is another important tourist attraction in the Central African Republic. Situated in the northern region, it encompasses some areas of the Guinea-Congo forest biome. Established in 1993, the reserve lies to the west of the Manovo-Gounda St Floris National Park. The African wild dog is one of the endangered species living here, along with the African manatee, lion, and cheetah. The park is also home to the Mascarene ridged frog, Galam white-lipped frog, and the crowned bullfrog. Address: northwest Central African Republic Phone: n/a Website: n/a

Situated in the city center of Bangui, the Palace is the official residence of the president. Address: Bangui, southwest Central African Republic Phone: n/a Website: n/a

Learn about the history and culture of the Central African Republic by visiting the Boganda National Museum. It holds a vast collection of traditional musical instruments, weapons, cooking utensils, ebony and ivory sculptures, games, and jewelry. One of the sections showcases the lifestyle of the pygmy ethnic group. The museum is housed in a colonial villa right in downtown Bangui. Address: Rue du Languedoc, Bangui, Central African Republic Phone: n/a Website: n/a

Best viewed during the rainy season, Chutes de Boali is a dramatic sight to behold. Upriver is a dam built by the Chinese to control the water, some of which is released every Sunday for travelers to marvel at. There is a small entrance fee and the area is accessible via the main road from Cameroon. Address: western Central African Republic Phone: n/a Website: n/a

Tucked away in the rainforest southwest of Bangui, M’Baiki is the tobacco, coffee, and timber growing area that also serves as a stop-off point when visiting the encampments of Baka. It is just over six miles from the village of Sabe, which is known for its ebony sculptures. Address: Central African Republic Phone: n/a Website: n/a