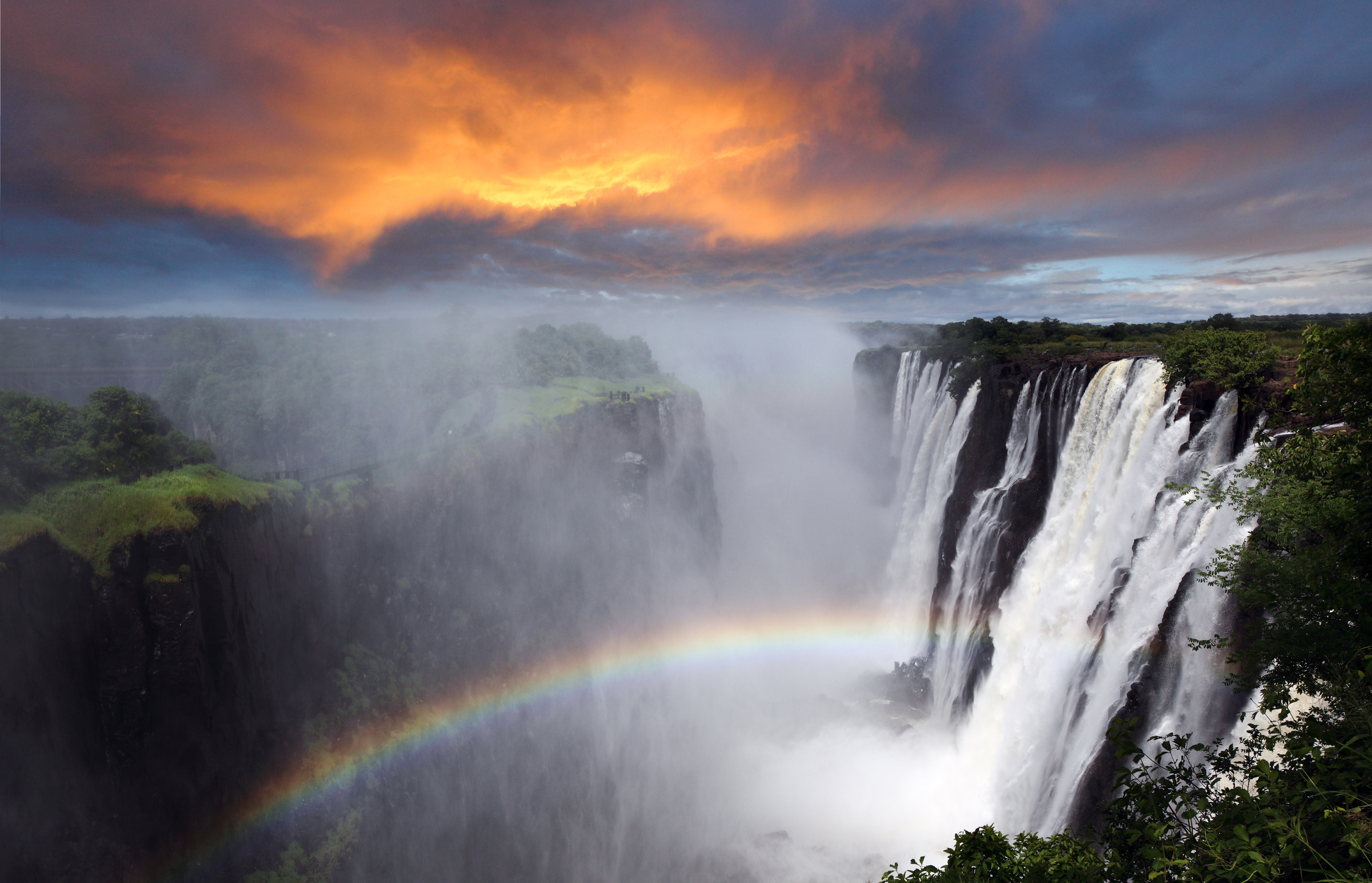 Zambia is named after the local word for “heart of all,” and that is exactly what it is: the spirit of Southern Africa and a gateway to “real Africa.” There is no coastline here, but the hills, mountains, rivers, and national parks more than make up for it. The country is only the size of Texas, but offers a wealth of biodiversity at every turn.

The peanut-shaped nation houses a number of national parks, making it a top spot for organized safaris. Lower Zambezi, Kafue, and South Luangwa national parks are the most visited, but don’t get nearly the crowds or traffic of the better known game reserves in South Africa so you can truly get one-on-one with nature and wildlife.

The Zambezi River, after which the country was named, runs through the western portion before spilling over into the famous Victoria Falls, which separates Zambia from neighboring Zimbabwe. The highest point can be found at Mafinga Hills, bordering Malawi, while Lusaka is a great place to stock up on Tonga baskets, pottery, fabrics, and wood carvings. The Great East Road runs through dusty towns close to the Mozambique border. The city of Siavonga is the closest thing the country has to a resort town, while Livingstone offers extreme sports, such as whitewater rafting, bungee jumping and micro flights over the waterfalls.

Nshima is a staple dish in Zambia, which is eaten with a variety of meat stews, vegetables, fish, or sour milk. Those less adventurous have plenty of western options such as fried chicken, burgers and pizza. Beer and other alcohol is widely available, including Eagle Lager, Zambezi Lager, and the maize-made ucwala. Accommodations come in all forms, from high-end hotels to budget camping grounds, but the less developed the area, the fewer the choices. Staying in a local village is a once-in-a-lifetime experience.

Zambia is generally HOT year-round - but there are two distinct climate zones in the country, a humid subtropical zone and tropical wet and dry zone. But no matter where you are, there are only ever two seasons in Zambia: the rainy season (November to April) and the dry season (May-October). The hottest month in this part of the world is October, when temperatures hover around a scorching 100-degrees F. The best time to plan your trip is sometime between May and August because the weather will be most agreeable, and the best Zambian festivals take place during that time period.

Lusaka’s Kenneth Kaunda International Airport is the main gateway into Zambia, although some opt to enter via Livingstone’s Harry Mwanga Nkumbula International Airport, which is closer to Victoria Falls. You can also come by train from Dar es Salaam (Tanzania), while ferries cross Lake Tanganyika from Tanzania. Visitors that arrive by car usually enter in the north along Highway T1 or from the capital city to Lusaka via Highway T2. Many also drive in through Malawi on the T4 past Chipata.