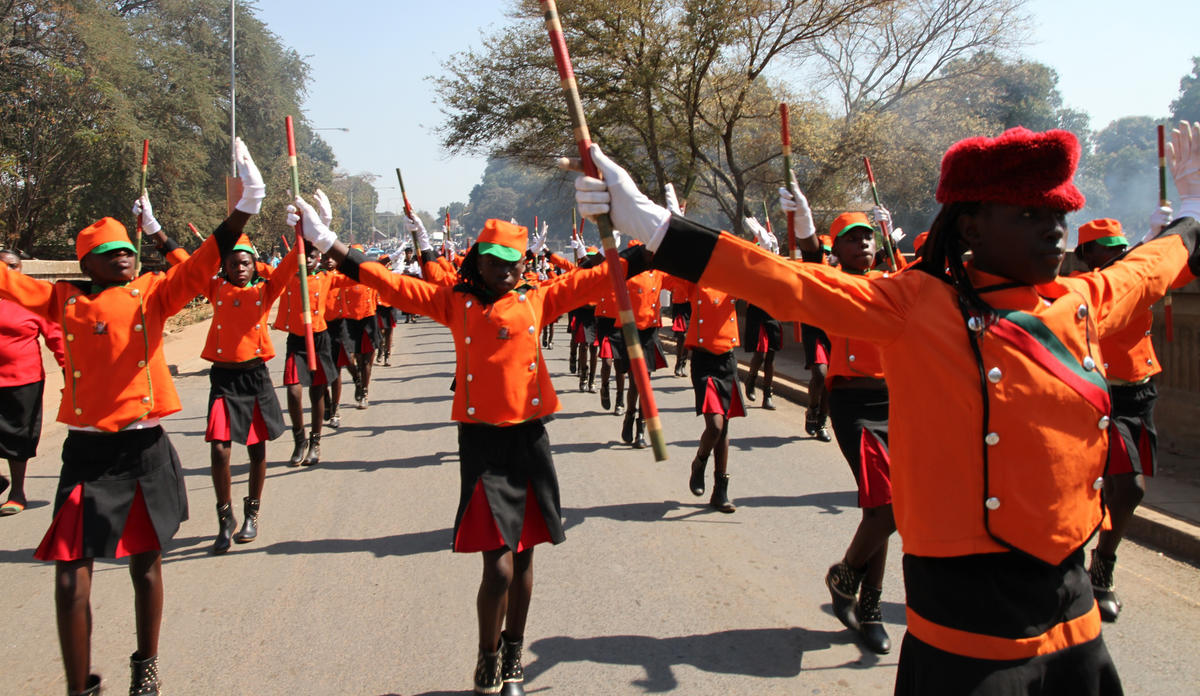 Experiencing a traditional festival or Zambia holiday is sure to be a highlight of any vacation. There are many tribes celebrating customs, rituals, history, and spiritual beliefs filled with color, dancing and drumming. The Ku-omboka is one of the most famous, followed by the Likumbi Lya Mize.

This festival is celebrated by the Ngoni tribe in Chipata to mark the first fruit of the season. The chief dresses up in leopard skin and tastes the treat, which is usually maize, pumpkin or sugarcane. He must then spear a bull and drink its blood, re-enacting a tradition that descended from the Zulu cultures. This event takes place each year on February 24.

To get out of the water and onto dry land is the meaning of the word that shares its name with the most famous festival in Zambia. Marking the end of the rainy season, the chief of the Lozi people (the Litunga) decides that it’s time to head for higher ground. Drums signal that it’s time to pack up and embark in canoes. The Litunga dresses up in a Victorian ambassador costume and is taken down the river, while music is played and feasts enjoyed. The ceremony dates back over 300 years and takes place in the Zambezi Basin in May.

Each July, the Lunda and Lubapeople come together to celebrate their coming to Zambia from the Congo. Legend says that Chief Mwata Yamva ordered his people to build a tower that would reach the sky in order to bring him the sun and moon. The tower fell during its many construction attempts and many were killed in the process. This caused many families to run away in fear. They then traveled across the river and conquered all tribes they came across. Each time they overtook a tribe, they celebrated a ritual called Umutomboko.

Today, the event is a two-day celebration that boasts a ritual performance with pounding drums and speeches. Beer and food are brought to the chief who then pays homage to his ancestors before being carried back to the palace. On the second day, a Mutomboko dance is led after a goat slaughtering. The chief then points his sword in all directions to show that no one in any direction can conquer him.

Zambia’s oldest ceremony dates back to the Nkoyo people that inhabited the region over 500 years ago. It celebrates traditions through dance, music and other ancient practices annually in June, July or August in Kaoma in the Zambezi basin area.

This festival celebrates the Chewa thanksgiving and is famous for its colorful Nyau secret society dancers. It is held each year on the last Saturday in August in the village of Undi and brings together the Chewa people in Zambia, Malawi and Mozambique. Young women perform to show they are ready to enter womanhood while masked male Nyau dancers move through the crowds.

The day of Mize is a popular festival that is held each year in Zambia in August. It takes place at the Mize, which is the official palace of Senior Chief Ndungu of the Luvale tribe. It is a Makishi masquerade that is a tradition in which moral and life lessons are given to boys between the ages of eight and 12. The four-day celebration starts on the last Wednesday of the month and takes place on both sides of the Zambezi River. Market stalls selling baskets, fabrics, metalwork, and carvings are lined up, and masked Makishi dancers and performers recreate mythological events. There is non-stop entertainment and visitors are invited to take part in many activities, concluding with a royal Makishi parade for the chief.

This Bai-ila tribe festival is held to show respect to their ancestors by thanking them for providing food over the past year. It takes place once a year on a full moon between September and November, and signifies the closing of one year and the beginning of the next. It is held in Maala on the Kafue Flats for three days.

Click here to learn about the Things to Do in Zambia