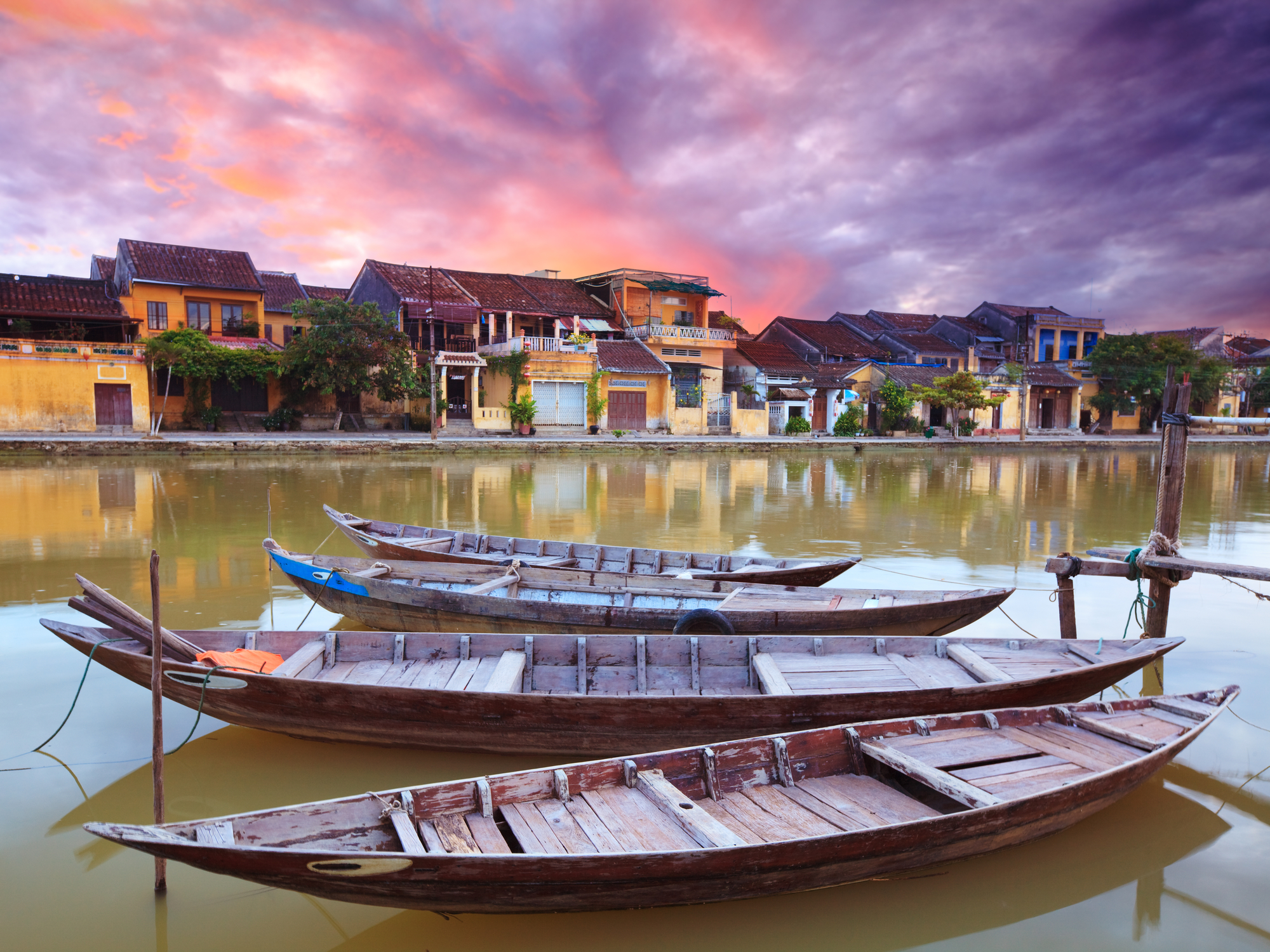 The length of Vietnam is roughly only the distance from New York City to Miami. This thin s-shaped country is famed for its tribal culture, ancient coastal towns and modern Ho Chi Minh City. The Mekong River cuts through southern Vietnam, spilling into the South China Sea, while the Red River passes through the capital of Hanoi and travels into the Gulf of Tonkin.

Northern Vietnam is all about culture and magnificent karsts scenery. Home to mountains and a variety of indigenous groups that sell incredible embroidery and colorful clothing, this is a region not to be missed. The history of the Cham Empire can be seen at sites in Hoi An and My Son, while remnants of the Nguyễn Dynasty can be explored throughout Hue. Nha Trang is famous for its beaches, waterfalls and great diving, while the Mekong Delta is the perfect place to enjoy a river boat cruise and floating markets.

The Vietnamese are friendly and fond of westerners. One can sleep comfortably for a very good price, with even luxury hotels in the large cities affordable. Food varies according to region, but most dishes contain fish sauce (nước mắm) which add a salty flavor. Phở (noodle soup) can be found at street stalls everywhere and is cheap and delicious. Thanks to French influence, coffee, bread and pastries in Vietnam are to die for. Seafood is the main source of protein and is used in dishes such as bún riêu (noodle soup with crab) and cá kho tộ (caramelized fish).

Motorcycle travel is popular and many companies offer guided tours that can last for one or multiple days. Day trips can be taken to temples, waterfalls and ancient villages, and a drive along the coast offers magnificent things to see, including sleepy seaside villages, nature reserves and national parks. Navigate the Red River Delta for picturesque rolling hills and mountains, or explore the waterways, flat rice fields and rainforests of the Mekong Delta.

The weather in Vietnam is broken up into 4 different regions where the climates vary pretty drastically from one another - but they all experience a dry season and a wet season throughout the year. The four regions are the coast, the highlands (the western area) the North and the South. The highlands can get cold in the winter time - naturally - and in December and January it gets pretty cold. On the coast you can expect to experience some kind of rain at almost any point in the year- but generally, March and April are the driest months while September-October are the wettest. As a whole, Decemer through February are the best months to visit Vietnam because they are, by in large, the dryet and the coolest months of the year. April and May can also be excellent times to enjoy Vietnam's beaches because if the extremely hot weather that sweeps the coasts.

Three international airports can be found in Vietnam, making it easy to explore the north, south or coastal regions. Those arriving by car can come via the AH-1 from Cambodia, the AH-14 from China or the QL-7 or QL-9 from Laos. The Nanning express provides rail service between Hanoi and Nanning (China), and scenic boat trips connect Nanning (China) with Ha Long Bay.