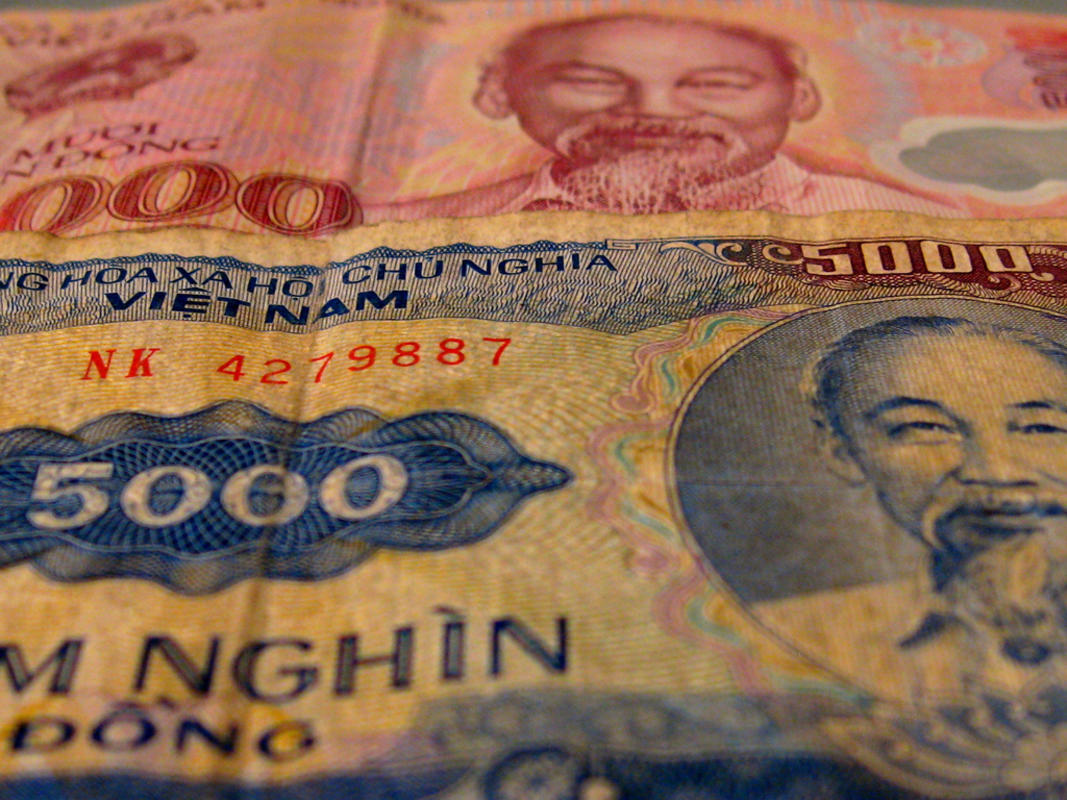 Vietnamese is the official and most widely used language, but there are minority dialects spoken in the Central Highlands and Northern mountains, such as Tày, Cham, Mường, and Khmer. English is taught in schools, though don’t expect the older generations to know much. Instead, many of them are fluent in French.

Vietnam uses the dong (VND), which is difficult to find outside of the country. Banknotes are offered in denominations of VND 500, 1,000, 2,000, 5,000, 10,000, 20,000, 50,000, 100,000, 200,000, and 500,000. Many establishments also accept the US dollars for payment. Shops, hotels, restaurants, and individuals can exchange US dollars for dong, while other currencies can be converted at banks and currency exchanges. ATMs can be found in all major cities and allow for a maximum withdrawal of VND 2,000,000. Credit cards are accepted in large cities, but incur a three to four percent commission fee. Travelers’ checks can also be exchanged at authorized banks.

Vietnam is on Indochina Time (ICT), which is seven hours ahead of GMT (GMT +7).

Vietnam uses electricity at 220V with Type A, C and G plug sockets. Type A is seen in the south, while Type C is typical in the north. Type G plug sockets are found in newer, high-end hotels.

The country code for Vietnam is +84, with the area code changing according to city and region. In Hanoi, there are usually eight digits in a phone number, while elsewhere there are only seven. There are a number of cell phone providers, including Vinaphone, SFone, Viettel, and Mobifone, and SIM cards are readily available. All major cities have mobile coverage, but in areas in the northwest, the highlands, and the Mekong Delta, this can be limited. Internet cafés can be found in major tourist destinations and many hotels and restaurants offer wireless internet.

When entering Vietnam, visitors over the age of 18 are allowed to bring in 400 cigarettes, 100 cigars, or 500 grams of tobacco, as well as gifts up to US $240, not including clothes. You are also allowed 1.5 liters of alcohol that is above 22 percent, two liters below 22 proof, or three liters of other spirits, as long as it is not wine. Up to five kilograms of tea and three kilograms of coffee are allowed.

Embassies and Consulates in Vietnam

Click here for Visas and Vaccinations needed for Vietnam