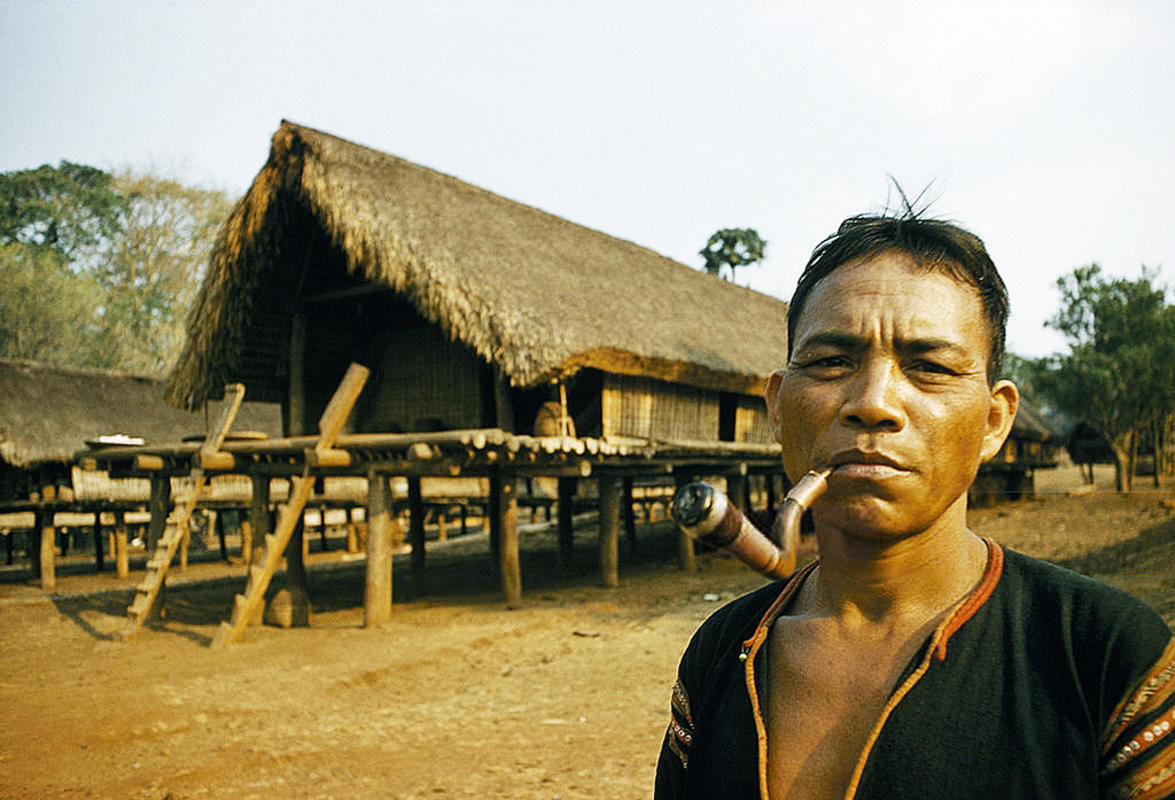 There is evidence of life in Vietnam dating back to 20,000 BC, but the Hồng Bàng Dynasty was the first dynasty and many legends exist about it. The indigenous Đông Sơn culture that is prominent in the north, is very different than the Sa Huỳnh heritage in the south.

Vietnam has seen plenty of wars, starting all the way back in 111 BC when China’s Han Dynasty claimed the territory as its own. Vietnam remained under Chinese rule for 1,000 years. In 192 AD, the Champa took the southern portion of the country, which by the 10th century was completely split in half. Remnants of these people can still be seen in My Son and Hoi An today. In 930 AD, Ngo Quyen defeated the Han in the famous Battle of Bach Dang River, after which time the land came under rule of the Ngô Dynasty.

This is when Buddhism started to thrive in Vietnam and when it became the state religion. In 979 AD, the Lê Dynasty gained control and started to close in on the Champa in the south. When the last of the male blood line was depleted, the Lý Dynasty was nominated to take over. Vietnam flourished, triggering the beginning of the historical golden era.

Many great dynasties followed, until the Chinese Ming came into power in 1407. In 1428, they were defeated by the Lê Dynasty, who later conducted the invasion of Champa in 1471. From the 16th century onward, there was continuous civil unrest following the reign of the Mac Dynasty. Much of this was the result of rivalry between the Trịnh and Nguyễn families, with the Nguyễn ultimately winning power. They were the last to rule Vietnam, as the French arrived and made the territory part of French Indochina.

The French changed many things in Vietnam, influencing the culture, the architecture, the food, and the education system. They also developed the plantation economy. Yet, a national political movement was starting to appear and revolutionaries, including Ho Chi Minh, started fighting to regain control of the country.

The French remained in power until WWII when the Japanese invaded Indochina. In 1941, Ho Chi Minh moved to the north and started the Việt Minh Front. On August 19, 1945, the Việt Minh seized control of Hanoi, forcing the Japanese out, and the northern half of the country was renamed the Democratic Republic of Vietnam (DRVN). The southern half (State of Vietnam) was still under control of the Nguyễn Dynasty and the French.

On December 19, 1946, the first Indochina War began between the north and south. In 1954, the French were once again defeated and the Geneva Conference left Vietnam a divided country, with communism in the north and socialism, backed by the US, in the south. Ho Chi Minh and his government started to move in on the south, killing landowners and rebels along the way. This led to the second Indochina War (better known as the Vietnam War).

The Vietnam War took place in Vietnam, Laos and Cambodia between November 1, 1955, and April 30, 1975, when Saigon finally fell to the North. The Soviet Union aided the communist north in strategic planning that led to the defeat of the south. Two years after the American troops left in response to the 1973 Paris Agreement, the South fell into the hands of communists and was finally defeated on April 30, 1975. One year later, Saigon was renamed Ho Chi Minh City. The leader died in September 1969, but his embalmed body can be seen in the Ho Chi Minh Mausoleum in Hanoi.

Vietnam’s culture focuses on humanity, harmony, family, and community values through music, art, dance, and literature. There are hints of French and American influence, but national symbols like dragons, turtles, bamboo, and lotuses are strictly Vietnamese and can be seen on many buildings and Buddhist temples throughout the country.

Art in Vietnam has been important since ancient times, with Chinese, Taoism, Buddhism, and Confucianism playing a part. The pottery and calligraphy is very Chinese in style, as is plenty of the old architecture. Dance took on another form, being molded by the country’s 54 different ethnicities. Each group has its own traditional performance, although the lion dance is the one most commonly seen at national festivals and celebrations. Music also varies throughout the region, but classical seems to be the oldest form. The Chinese also greatly influenced Vietnamese theater, with many shows based on Chinese opera. Water puppetry is authentic to Vietnam and has been since the 10th century. Hanoi’s Thang Long Water Puppet Theater is the best place to see this unique performance.