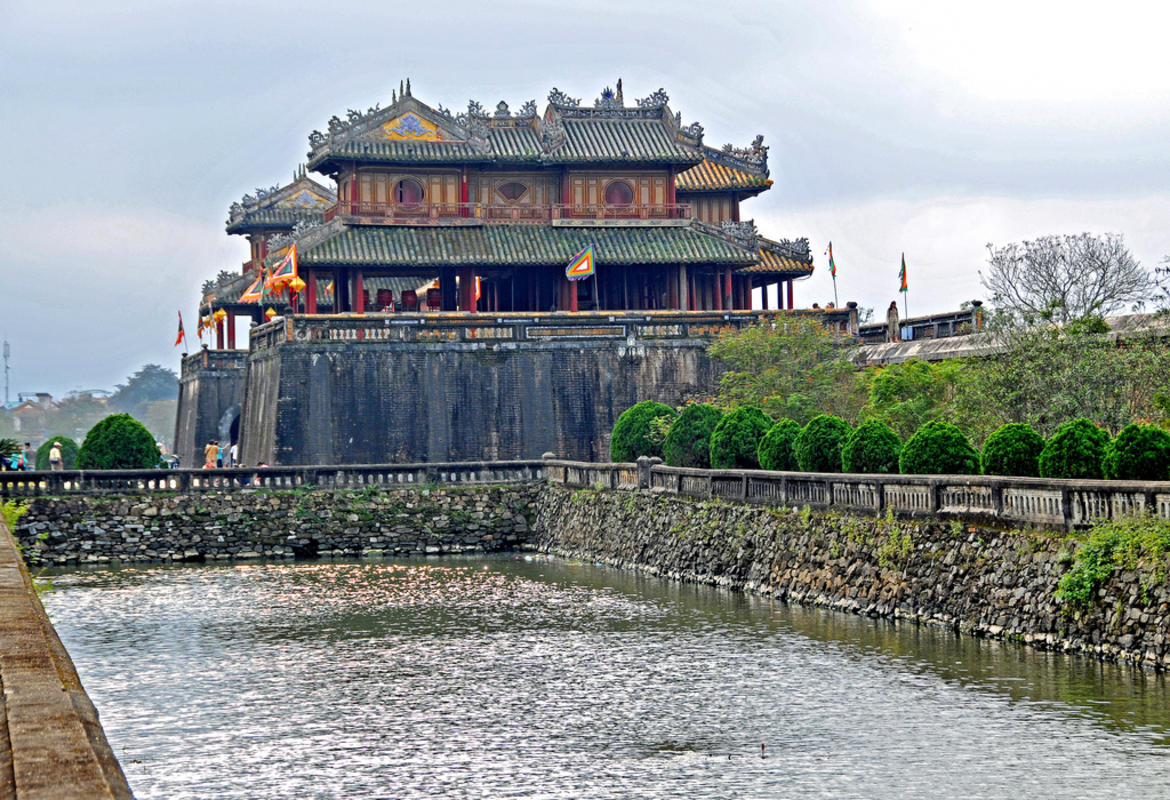 Before 1954 when Vietnam came under the power of Ho Chi Minh, the country was part of French Indochina. Remnants of this era can still be seen, with the Ho Chi Minh Mausoleum, the Ho Chi Minh Museum and the Ho Chi Minh’s Vestige in the Presidential Palace area dominating the capital city of Hanoi. Well before this time, the Cham Empire ruled, and their influence is alive and well at the My Son temple complex. Cham attractions can be seen at the Cham Museum in Da Nang, which is also home to the incredible Marble Mountains.

As its name suggests, this is the final resting place of Ho Chi Minh whose embalmed body is on display. There is no talking allowed inside the mausoleum, and knees and shoulders must be covered to show respect. No photographs are permitted inside and handbags will be extensively searched. The 21.6 meter high and 41.2 meter wide structure opened its doors on August 29th, 1975, and is flanked by a massive plaza where photos are allowed Address: Điện Biên, Ba Dinh District, Hanoi Phone: +84-4-3828-9465 Website: n/a

This natural world wonder made up of nearly 2,000 islands is famed for its magnificent scenery of ocean karsts. It is often seen on postcards and in travel magazines featuring Vietnam. Ha Long Bay is best seen by boat, and many operators offer overnight cruises in the stunning waters. The most popular islands are the forested Ban Sen, Cat Ba (home to the endangered Cat Ba langur), the historical Quan Lạn and Bo Hon Island (home to the famous Virgin Cave, Hang Trinh Nu). Address: Ha Long Bay, Gulf of Tonkin, Quang Ninh province Phone: n/a Website: n/a

These magnificent ancient temples can be found in the jungle near Hoi An and are Vietnam’s most important ruins from the Cham Empire. Their design and sculptures were influenced by Hinduism and built with bricks using no mortar. The complex was constructed between the 4th and 13th centuries, making My Son the longest inhabited site in all of Indochina. Address: Duy Phú, Duy Xuyen District, Quang Nam province Phone: n/a Website: http://www.hoianlocalguide.com/my-son-sanctuary/

This well-preserved historical area is one of the best examples of a Southeast Asian trading port. There are a number of buildings in this UNESCO World Heritage site and one ticket allows visitors entrance to one old house, one museum, one assembly hall, the handicraft workshop or the traditional theater, and either the Quan Cong Temple or the Japanese Covered Bridge. Many of the constructions date back to the 1600’s and depict the country’s strong Chinese and Japanese influences. Address: Hoi An Old Town Phone: n/a Website: n/a

This UNESCO World Heritage site is connected to the Nguyễn Dynasty and was the home of Vietnam’s last emperor. Thái Hòa Palace, Trường Sanh Residence and the Forbidden Purple City all lie within the two-meter, six-mile long wall that is found along the Perfume River. Once inside the gates, there are numerous pavilions, pagodas, gates, moats, museums, galleries, and even a few shops to explore. Address: Thuận Thành, Hue, Thua Thien - Hue province Phone: n/a Website: n/a

This elaborate network of tunnels spanning 155 miles was used as a hiding spot and base for operations during the Vietnam War. The tunnels were originally dug by the Củ Chi people during the French occupation and despite the war above the ground, allowed the locals to continue with their daily lives underground. The government has preserved 75 miles of these fascinating tracks which are open to the public. Visitors can crawl through them and get a sense for how people lived. Address: Củ Chi district, Ho Chi Minh City Phone: n/a Website: n/a

The most popular nature park in Vietnam and the most important for biodiversity, Cuc Phuong is home to hundreds of species of flora and fauna, including the endangered langur, gibbon, giant black squirrel, leopard, bar-backed partridge, brown hawk owl, orchids, cauliflory, and ferns. It also houses the Endangered Primate Rescue Center, the Carnivore and Pangolin Conservation Program (CPCP) and the Turtle Conservation Center. There are a number of hiking paths and walking trails, and a comfortable lodge for those wishing to spend the night. Camping can also be arranged. Address: Nho Quan, Ninh Binh (Nho Quan, Ninh Bình), Northern Vietnam Phone: +84-30-3848-006 Website: http://www.cucphuongtourism.com/

Home to the largest cave in the world and two of the largest karst regions, Phong Nha-Kẻ Bàng National Park consists of 300 caves, a limestone forest and a wealth of biodiversity. The karsts have been forming for over 400 million years, earning it UNESCO World Heritage designation. Phong Nha Cave, after which the park is named, is filled with fascinating rock formations and contains an underground river, while the newly discovered Son Doong Cave is five times its size. The park also contains mountains, an evergreen forest and many endangered species, including the pig-tailed macaque, white-cheeked crested gibbon, red-collared woodpecker, and the Asiatic black bear. Many eco-tours include a boat trip along the Son River, visits to the caves and trekking through the forest. Address: Yên Hợp 2, Quảng Bình, Central Vietnam Phone: +84-52-3677021 Website: http://www.phongnhakebang.vn/En/default.aspx

Five peaks actually make up the Marble Mountains, which are named after the five elements (metal, water, wood, fire, and earth). They each have caves, tunnels, Buddhist sanctuaries, and Buddhist and Hindu grottoes. The mountains are a famous pilgrimage site and getting to the top can be done by hiking or climbing to see spectacular views of Da Nang. Address: Huyền Trân Công Chúa, Hòa Hải, Ngũ Hành Sơn, Da Nang Phone: +84-511-961114 Website: n/a

Vietnam’s most popular beach resort is a great place for visitors to relax and work on their tan. Quite built up, vendors troll the shores selling fruit and freshly steamed seafood, while the Long Son Pagoda, the Po Nagar Cham Towers and the Nha Trang Cathedral offer travelers a way to take in the culture and history of the area. Address: Nha Trang, Khanh Hoa Province Phone: n/a Website: n/a