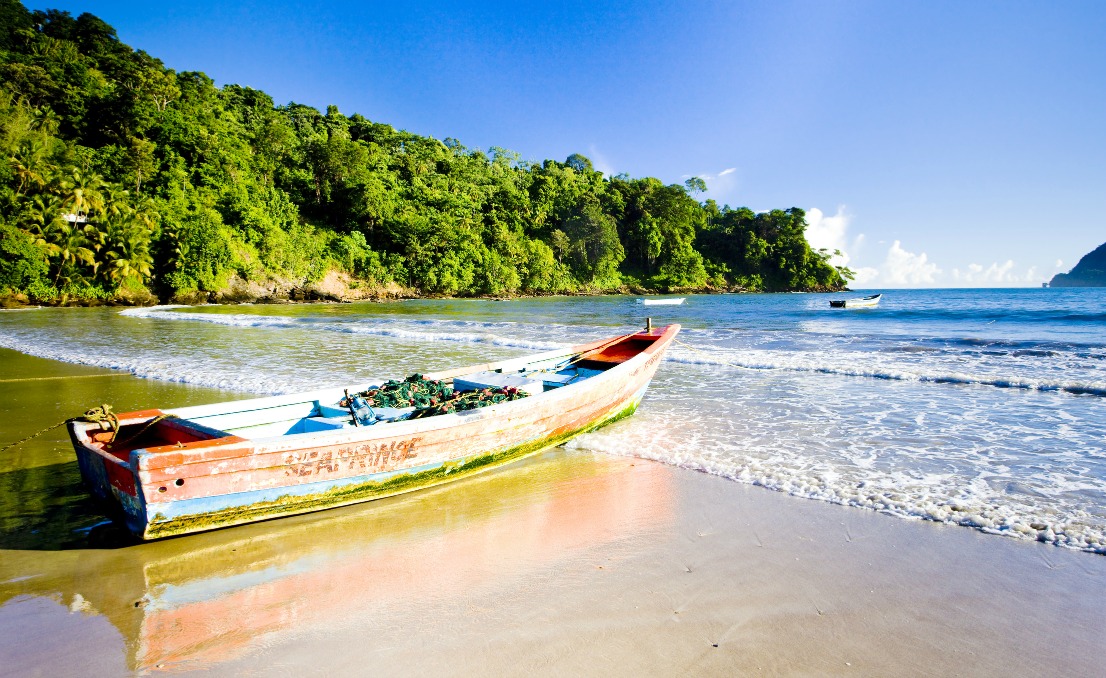 The islands of Trinidad and Tobago boast natural wonders that stretch across beautiful rainforest, swamp, wetland, mountain, and grassy habitats. Trinidad and Tobago has a high annual rainfall that keeps it lush and green, feeding gorgeous rivers and waterfalls. When the rivers reach the sea, there are reefs, lagoons, and white sandy beaches to enjoy. Snorkelers, swimmers, fisherman, divers, and photographers are drawn to the tropical fish around Buccoo, and the hammerheads, turtles, and manta rays found in the deeper waters off Charlotteville are equally fascinating.

Home to 470 species of birds, Trinidad and Tobago’s natural beauty is complimented by cultural diversity. The nation’s checkered past has resulted in a blended culture with European, African, Indian, Chinese, and indigenous influences. The music, food, and festivals are noisy and colorful, reflecting the different faiths and traditions practiced across the islands. Carnival held toward the end of February is the biggest event of the year on Trinidad, matched by the equally elaborate Tobago Heritage Festival in late July/early August.

The island nation is a popular tourist destination, particularly for water sports enthusiasts, and there are a range of hotels from backpacker hostels to upscale resorts. Most of the accommodations are three- or four-star properties, with a couple deluxe five-star, mostly on Tobago. Prices are highest during summer and at Carnival. Trinidad and Tobago is a good place for eating, as the food is tasty and plentiful, with strong Indian influences. Street food such as roti is commonly available and there are restaurants that cater to most tastes, with Indian and Chinese cuisine being the most common. Fast food is also popular, particularly fried chicken and pizza.

If you enjoy warm tropical climates, then Trinidad and Tobago should be on your bucket list. The trade winds prevent the islands from getting too hot in the summer. So the temperature remains at an average of 77-degrees F year-round. The rainy season lasts from June to December and averages 7-10 inces of rain per month. Then the dry season lasts from January-June, and parches the islands. Generaly, the best time to visit Trinidad and Tobago is during the dry season because the weather is at its best, but lot's of tourists also choose January/Febrary to visit and sightsee.

Although most tourists arrive in Trinidad and Tobago by air, some come by sea. Getting around is best done by car or boat. Flights from the US generally arrive at Trinidad’s Piarco International Airport, while tourists coming from Europe tend to fly into Arthur Napoleon Raymond Robinson International Airport in Tobago.

Click here for Things to Do in Trinidad and Tobago