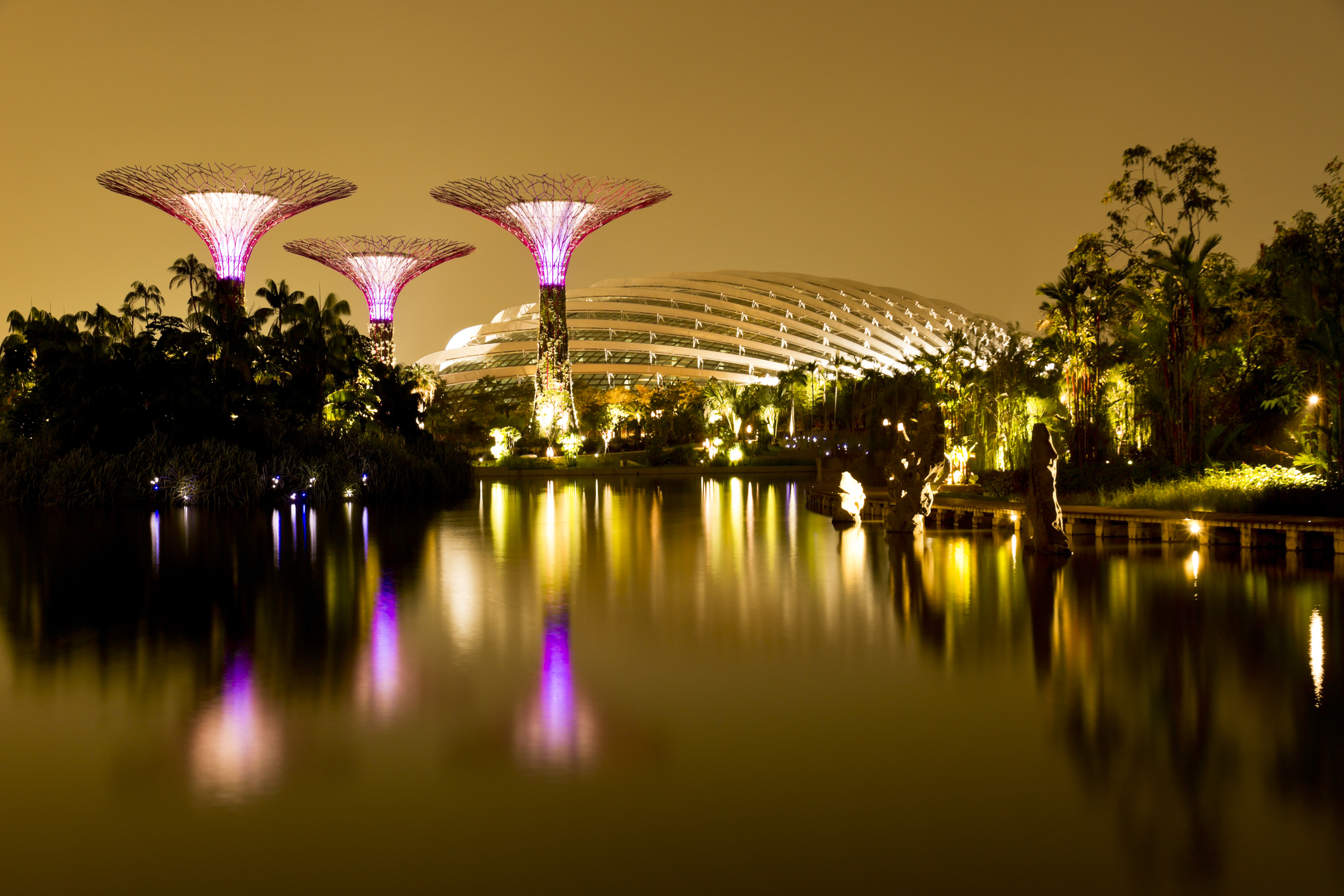 Ever since European powers began to sail the Southeast Asian waters in search of spices and goods, Singapore has been at the forefront of the region’s economic and commercial networks. Today, this city-state is one of the four major pillars of Asia, standing as one of the world’s leaders in modern finance and commerce. Once referred to as "Disneyland with the death penalty," Singapore does have a reputation for being simultaneously strict and enticing. Fortunately, this image is slowly disintegrating thanks to a recent liberalization of laws.

Even though Singapore is a relatively small independent country, there are plenty of sites for tourists to explore. Within the clean yet chaotic bastion that is downtown, there are landmarks that are direct descendants of British colonialism, while others, like the Marina Bay Sands and Orchard Road, provide evidence of a developed, future-forward city that is globally renowned. Outside the main urban hub, there is also the Singapore Zoo, Universal Studios and natural landmarks along Sentosa Island.

Downtown Singapore or Sentosa Island is where most people choose to stay when visiting. Accommodation in recent years has become even more expensive than in previous decades. Even though more and more hotels are being constructed every day, there is still a higher demand than there is supply, which means room rates are equal to or higher than those in most Westernized countries. For big events, it's common for the city to book up completely. If you can stay downtown, you'll have easy access to the shopping mecca, Orchard Road and the nightclub and bar scene along the Singapore River. Local cuisine is a mix of multicultural influences from hawker centers in Bugis to five-star restaurants at Marina Bay Sands.

Singapore sits almost directly on the equator, which gives it the hot tropical Southeast Asian climate. High humidity is constant throughout the year and year-round rainfall is also common. Even though the temperature remains constant and rainfall is to be expected, there are certain months that are wetter and drier than others - two primary monsoon seasons hit Singapore. For months outside these times, which are usually called the inter-monsoon periods, rainfall is common in the afternoon and only in short bursts.

Singapore Changi International Airport is the island’s main gateway, which has become a hub for all of Asia, with many millions of passengers passing through its corridors every year. It is also possible to reach Singapore by car from the Malaysian Peninsula via the Johor Causeway. Bus, train and taxis provide public transportation across this bridge. Ferries are another way to reach Singapore and the island is connected to both Indonesia and Malaysia by boat.

One of the best things about Singapore is its public transportation network. It is possible to rent a car as roads are in great condition and motorists usually drive safely. However, rail and bus services are much cheaper and easier forms of travel. Traffic congestion, especially in the downtown area, is notorious in the evenings, which makes the underground rail network called the MRT both convenient and speedy.