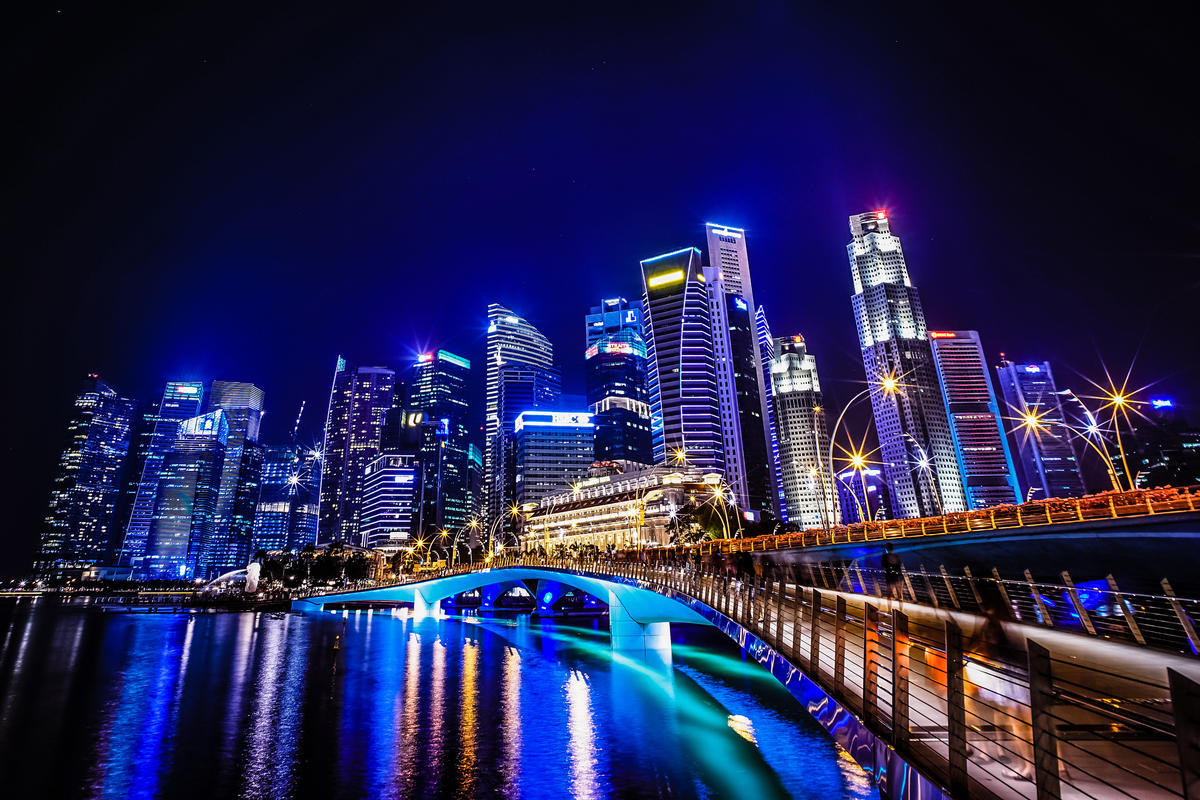 Singapore has been one of Asia’s premier destinations even before the pre-colonial period. Its position upon the Strait of Malacca makes it an important port , which led to its colonization by the British in the 19th century. Since then, Singapore has experienced major growth and evolved into one of the world’s leading financial centers.

In the year 1819, Sir Thomas Stamford Raffles arrived and settled the southern portion of Singapore for the British East Indian Company. By 1824, the entire island fell under British rule, and by 1826, Singapore became part of the British India Strait Settlements. More than 80,000 people lived within the region by 1870, as the rubber plantation attracted thousands of Chinese, Indian and Malay workers. A statue of Sir Stamford Raffles is located in downtown Riverside.

In the early 1940's, Singapore was astonishingly and rapidly occupied by Japanese Imperial Forces, which is still the worst military loss for Britain in history. Singapore was believed to be impregnable, yet the Japanese army, outnumbered three to one, managed to expel the British in only seven days. Between 1942 and 1945, tens of thousands of locals and Allied soldiers died at the hands of the brutal Japanese rulers. Following their surrender in 1945, Britain regained control of Singapore.

The first political elections took place in 1955, but it wasn’t until 1959 that they had their first self-governing parliament under Lee Kuan Yew. The 1950's saw heavy rioting and civil unrest throughout the country as a result of Communist influences among the Chinese political parties. The Communist Insurgency War occurred in neighboring Malaysia, as a result of the rising ideologies in the Malay Peninsula and Singapore.

Singapore separated from Britain in 1963, after joining the Malaya, Sabah and Sarawak coalition to form the Federation of Malaysia. As a result of differences in politics, race and religion, Singapore was unanimously voted out just two years later. Prior to the expulsion, race riots were becoming a frequent occurence as a result of Malaysia’s narrow-minded policies.

In 1965, Singapore became an independent republic of the British Commonwealth and on this day, anyone who was residing in the country was granted automatic citizenship. The economy continued to boom during the presidential reign of Lee Kuan Hok, who remained in power until 1990.

Since 1990, Singapore has seen its fair share of ups and downs. The 1997 Asian Financial Crisis hit the country hard, and in 2004, a SARS epidemic swept through the island. However, continued development reigned with Universal Studios Sentosa opening in 2010 and Marina Bay Sands in 2011. The National Museum of Singapore (93 Stamford Road, Singapore) can provide more in depth information about the country’s harrowed history. The Asian Civilizations Museum (1 Empress Place, Singapore) is another interesting landmark to uncover Singapore’s and Southeast Asia's past.

Even though Singapore is a small country, it is one of the world’s most multicultural destinations. At the time of independence from the British, most of the population was Chinese, Malay and Indian laborers. From this balance, modern Singapore has struck a social landscape of acceptance and tolerance among religions and cultural traditions. Language, holidays and cuisine are all part of Singapore's melting pot.

This beautiful and clean city-state comes at a price. Singapore is renowned by locals as the "Fine City" because ticketsare often dished out for minor offenses. Luckily, the new government that was introduced in 1990 has undertaken many social reforms, one being the liberalization of some of the stricter, more obsolete laws.