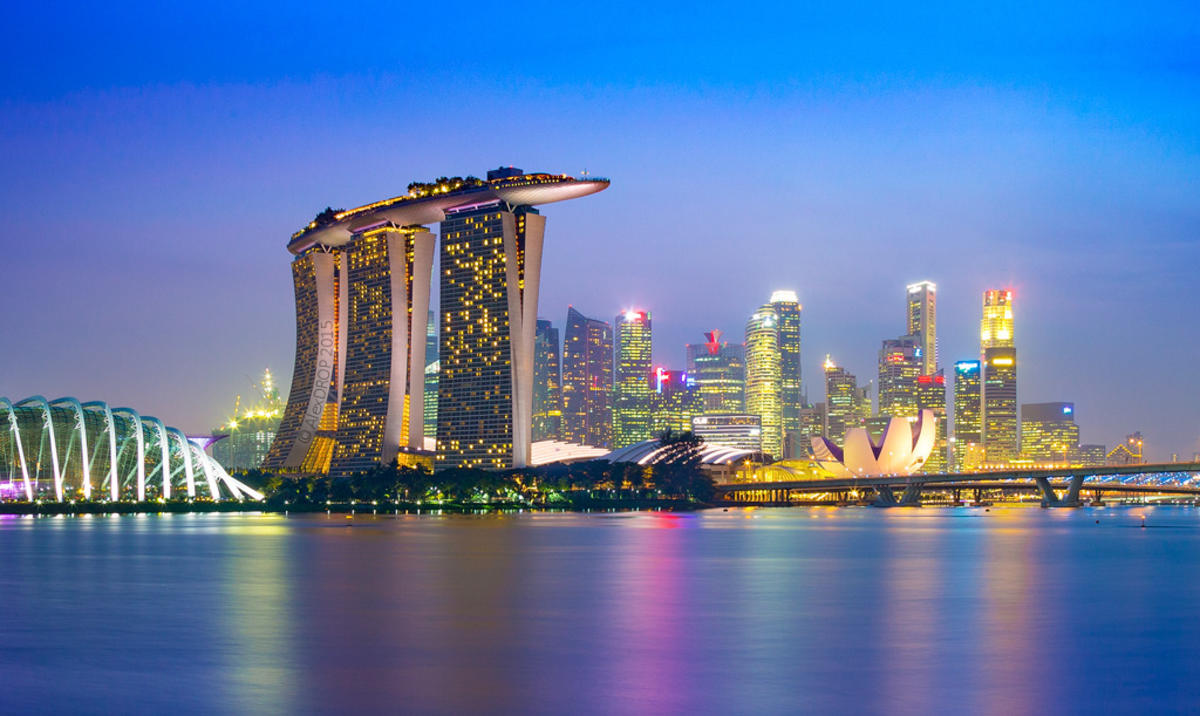 Singapore sits almost directly on the equator, which gives it the hot tropical Southeast Asian climate. High humidity is constant throughout the year and year-round rainfall is also common. There aren't really seasons or weather patterns, and temperatures generally average around 88°F, give or take a few degrees a month. This means visitors will need to rehydrate frequently when outdoors.

Even though the temperature remains constant and rainfall is to be expected, there are certain months that are wetter and drier than others. Two primary monsoon seasons hit Singapore. The Northeast Monsoon (December to March) is longer, which uniquely brings both wet and dry months. Heavy precipitation is experienced daily during the months of December and January, while February and March are comparatively drier. In the Southwest Monsoon period, rain is usually experienced in the morning and lasts for about 30 minutes.

For months outside these times, which are usually called the inter-monsoon periods, rainfall is common in the afternoon and only in short bursts. Altogether, Singapore gets about 90 inches of water a year.

The busiest times for Singapore’s tourism and hospitality industries are not usually dependent on the rain, as precipitation falls across the board. Instead, the peak season follows the festival calendar. November through January brings droves of tourists, thanks to the Indian festival of Divali in November, Christmas/New Year in December and the Chinese New Year in January. Hotels and flights tend to increase in price during this time.

The northern hemisphere summer months (June to August) experience drier spells, although bringing an umbrella is still recommended. The climate is hot and humid, but it is much more comfortable for international visitors. The trick to enjoying Singapore is to expect rain, as it is likely that no matter when you visit and to plan in advance with quick-dry gear and layers.