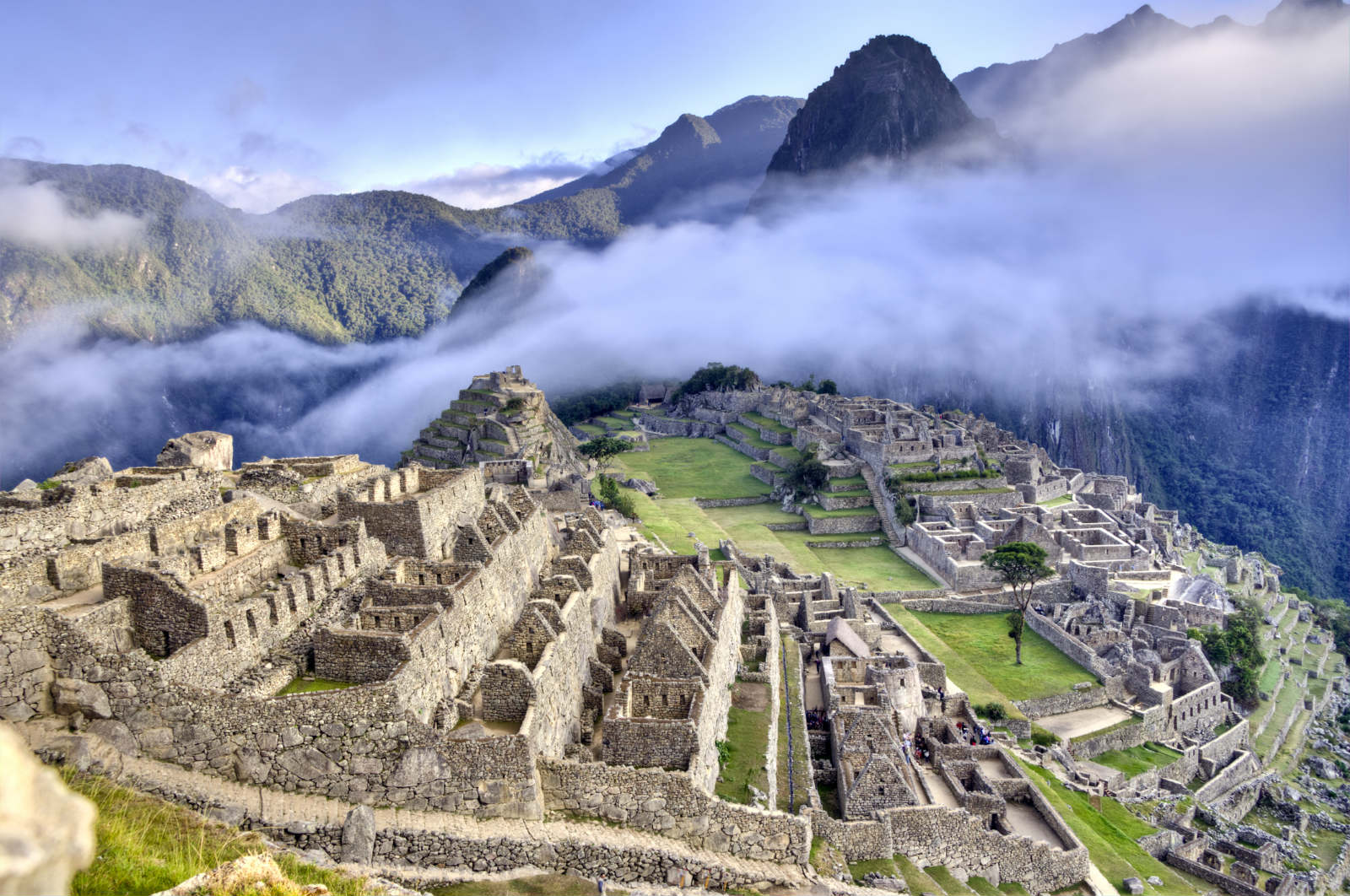 Peru is known as the “Land of the Incas” since it was home to the once thriving pre-Columbian civilization that dominated the region for several hundred years. It was the jewel of the Spanish Empire, which held the country for more than 300 years. Peru contains some of the finest archaeological remains in the world along with sheer natural beauty, making it an altogether wholesome travel destination. The great Andes mountains dictate the landscape, while sloping down to the east is a thick rainforest and the mighty Amazon River. To the west spans a long Pacific shoreline, much of it desert, but there are popular surf spots along the coast.

A trip to the lost city of Machu Picchu is a global phenomenon. The immaculate remains and the ambience of being steeped in cloud cover on a mountain top make it an ethereal experience. Many people chose to reach the site by hiking the Inca Trail, a multi-day trek which takes adventurous travelers to a number of Inca sites before reaching the Lost City. Further intriguing discoveries await at the Nazca lines, where a flight over these ancient markings provide intriguing insight into past lives.

Considering the vastness of the Peruvian Andes, trekking opportunities in the white snowy peaks are endless. For those less active, you can take a train up one of five lines through the Andes to still benefit from the scenery. If you ride into the altiplano, you will be awarded spectacular views of Lake Titicaca, the world’s highest navigable lake. The journey between Cusco and Puno is considered to be one of the greatest train rides in the world.

White sandy beaches on the Pacific coast provide a relaxing atmosphere in warm tropical climes. You can go surfing on the northern beaches or sand-boarding down the world’s tallest dune near Ica. Food in Peru is renowned for being well-received by visitors, and the country’s capital, Lima, has an array of top-notch restaurants. Accommodations vary from western-style hotels in the larger cities to humble rustic cabins in the mountains and eco-lodges in the jungle. Wherever you go, Peruvians are known for their great hospitality.

The Andean mountains run down the spine of the country and dictate Peru’s three climate zones. To the east is the tropical Amazon jungle, significant of an equatorial climate. To the west is an arid, coastal desert - although things cool off the further south you travel. In the rainforest, conditions can get wet, with between 39 and 157 inches of rainfall per year feeding the rivers. A huge amount of Peru is within an alpine or sub-alpine mountainous climate, with altitudes over 11,500 ft. As a general rule, the higher you get, the colder the weather.

The country is easy to get around, with airports serving all major cities and attractions. The road network is developed, with a good number of private bus companies. Distances can be decieving though; and a journey from Lima to Cusco can take 24 hours due to the mountainous terrain. To cover this same distance by air is just a short hour long trip, and domestic flights are abundant.