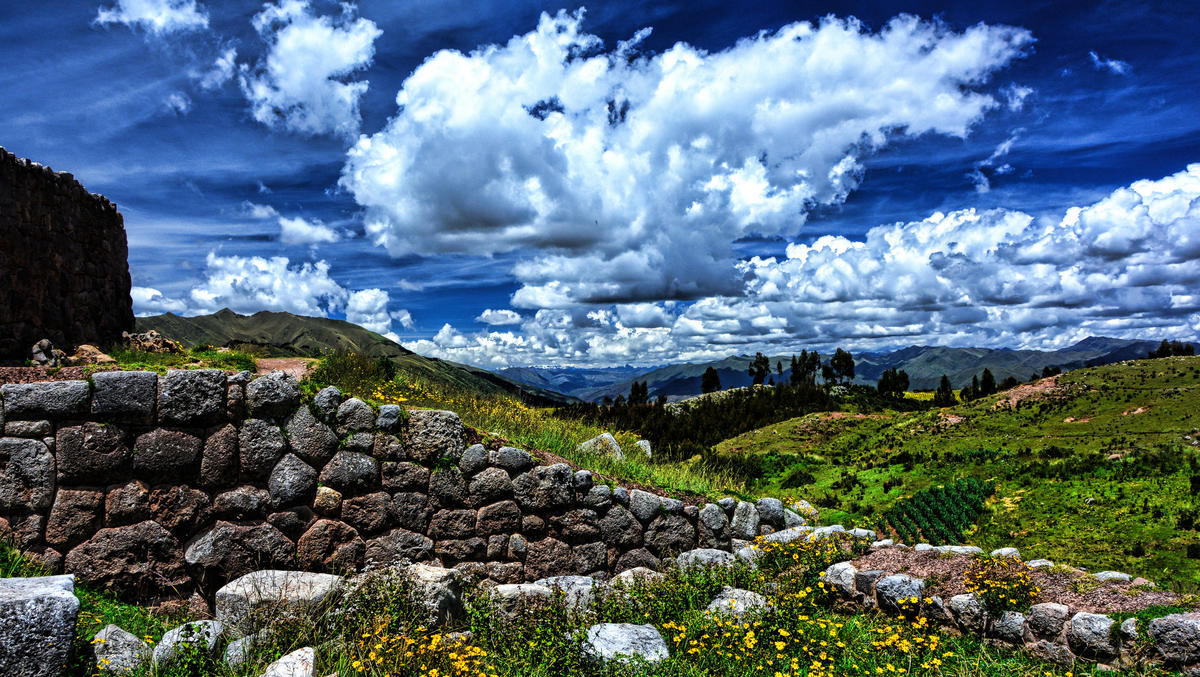 The Andean mountains run down the spine of the country and dictate Peru’s three climate zones. To the east is the tropical Amazon jungle, with temperatures between 64°F and 97°F, significant of an equatorial climate. To the west is an arid, coastal desert, with temperatures between 57°F and 100°F, although things cool off the further south you travel. In the rainforest, conditions can get wet, with between 39 and 157 inches of rainfall per year feeding the rivers.

A huge amount of Peru is within an alpine or sub-alpine mountainous climate, with altitudes over 11,500 ft. Daytime temperatures do not rise above 50°F in these areas and night-time dips below freezing. As a general rule, the higher you get, the colder the weather. In the most inhabited areas, daytime temperatures average about 64°F. Cusco lies at just less than 11,000 ft and travelers coming here should allow sufficient time to acclimate to the altitude.

Peru is a tropical country and as such, it experiences two distinct seasons: the ‘wet’ season and the ‘dry’ season’. You may wish to plan your travel schedule around these seasons. In the western rainforests you can expect rain all year round, although the wettest months are between December and March. During this time, the heavy rain only lasts for a few hours per day, when it is best not to be exposed as flash flooding can occur. The driest months in the rainforest are between June and September.

On the east coast of Peru, the hottest time of year is between December and March, which is also the most humid and most popular time for beach vacations. Between April and November, a lot of the shoreline around Lima and southward can be cloaked in fog, but the northern beaches tend to see sunshine.

In the mountains, the wettest months are between December and March, and the driest are June to August. The latter period coincides with the peak tourist season around the Andean highlands, such as Cusco and Machu Picchu. Although you will be competing with massive crowds, this time of year provides the best conditions for hiking the Inca Trail. There can be a long waiting list for the classic trek though as they only allow 500 people per day. Book well in advance, upwards of 4-5 months out or risk doing one of the alternate paths. Machu Picchu is closed annually every February for maintenance, so don’t try to visit Peru at this time.