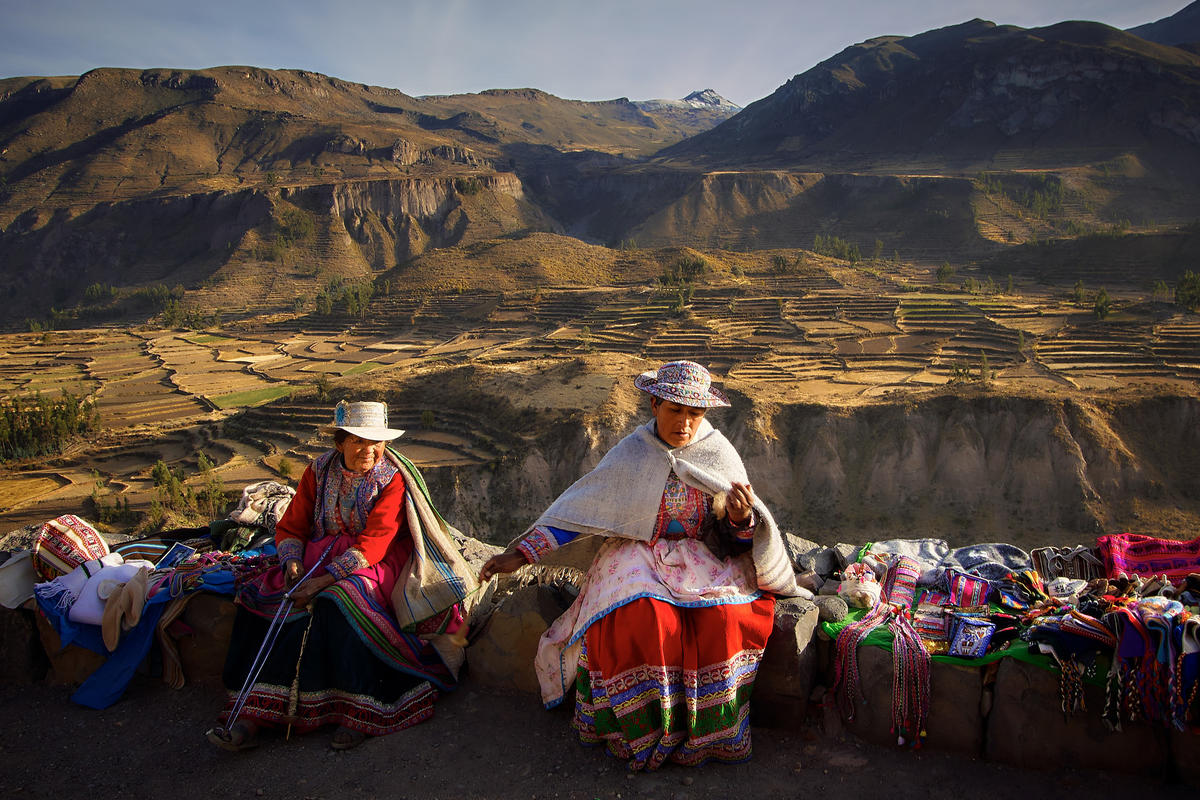 There is no doubt that Peru has some wonderful archaeological attractions, many of them linked with the ancient Inca civilization with the centerpiece being Machu Picchu. There is further pre-Columbian heritage to be seen at the Nazca Lines, colonial-era architecture in Arequipa and Cusco, Peru’s main pull is its sheer natural beauty. From snowy peaks in the Andes to dense tropical rainforest, and the deepest canyons in the world, Peru has a range of biodiversity and ecosystems.

Cusco and the Sacred Valley

Cusco was one of the major centers of the once-thriving Inca civilization that dominated the Andean region until the Spanish colonized the present-day countries. The area was first settled over 1,000 ago and is still populated today. From the 13th century until the arrival of the Spanish, it was the capital of the Inca Empire and held a significant role for the new colonizers. It was declared a UNESCO World Heritage site in 1983 due to its mixture of architecture and culture, and receives around two million annual visitors today as the base from where all Inca Trail hikes depart. Main sights include the Spanish-era church of La Compania de Jesus and Sacsayhuaman in the surrounding valley. Address: Cusco, southeast Peru Phone: n/a Website: http://whc.unesco.org/en/list/273

Most visitors to Peru come to see the UNESCO World Heritage site of Machu Picchu and one of the new Wonders of the World. Discovered in 1911 by American explorer Hiram Bingham, it was considered a “lost” city, and much mystery still shrouds its original purpose. Most likely built and occupied in the 15th century as the last pillar of the Incas before Peru completely fell to the Spanish conquistadors, it was left untouched for centuries, remaining completely preserved today. It is a truly unique experience to discover the archaeological charm which is steeped in the clouds hidden at 8,000 ft in the Andean mountains. Address: Machu Picchu, near Cusco, southeast Peru Phone: n/a Website: http://whc.unesco.org/en/list/274

Arequipa is an absolutely beautiful example of Spanish colonial-era architecture. It has earned itself the name of La Ciudad Blanca, which translates to the “White City” because the old town was built primarily from sillar, a pearly white volcanic rock. It is surrounded by stunning snowy peaks, which add to the glow and ambience. It was named a UNESCO World Heritage site in 2000 and today is Peru’s second largest city after the capital of Lima. Many people use Arequipa as a base for exploring the nearby canyons and landscapes. Address: Arequipa, southern Peru Phone: n/a Website: http://whc.unesco.org/en/list/1016

The Colca Canyon, thought to be the world’s deepest canyon at 13,650 ft, is more than twice as deep as the Grand Canyon. Colca is easily accessible and as you climb down into the valley, you will be treated to an array of Andean wildlife including the huge condor, bird of prey. You can visit the canyon in a day from Arequipe or spend several days exploring the region by staying in the various accommodations dotted around the villages. Address: Colca Canyon, near Arequipa, Southern Peru Phone: n/a Website: http://colcacanyon.info/

Only discovered in the early 20th century by accident, the Nazca lines are the remnants of an ancient civilization that lived in Peru. The markings can only be seen fully from above, which has shrouded the site in mystery as to whether the geoglyphs were designed for communicative purposes. Aside from the seemingly endless patterns that criss-cross the desert, there are also animals like monkeys, fish, llamas, and other symbols. Regular fly-overs in small propeller planes are available from the town’s tourist designated airfield. Address: Nazca Lines, Nazca, southwest Peru Phone: n/a Website: http://www.nazcaflights.com/nazcalines.htm

The highest navigable lake in the world at 12,500 ft, Lake Titicaca is South America’s largest body of water by volume. If you base yourself in Puno, you can visit one of 50 islands made from floating reeds. There are also actual islands in the lake, such as Amantani, which is populated by speakers of the indigenous Quechua language and direct descendants of the Inca people. Views over the water are sublime as the altitude and surrounding mountain landscape create unforgettable skies. Address: Lake Titicaca, Puno, southeast Peru Phone: n/a Website: http://www.laketiticaca.org/