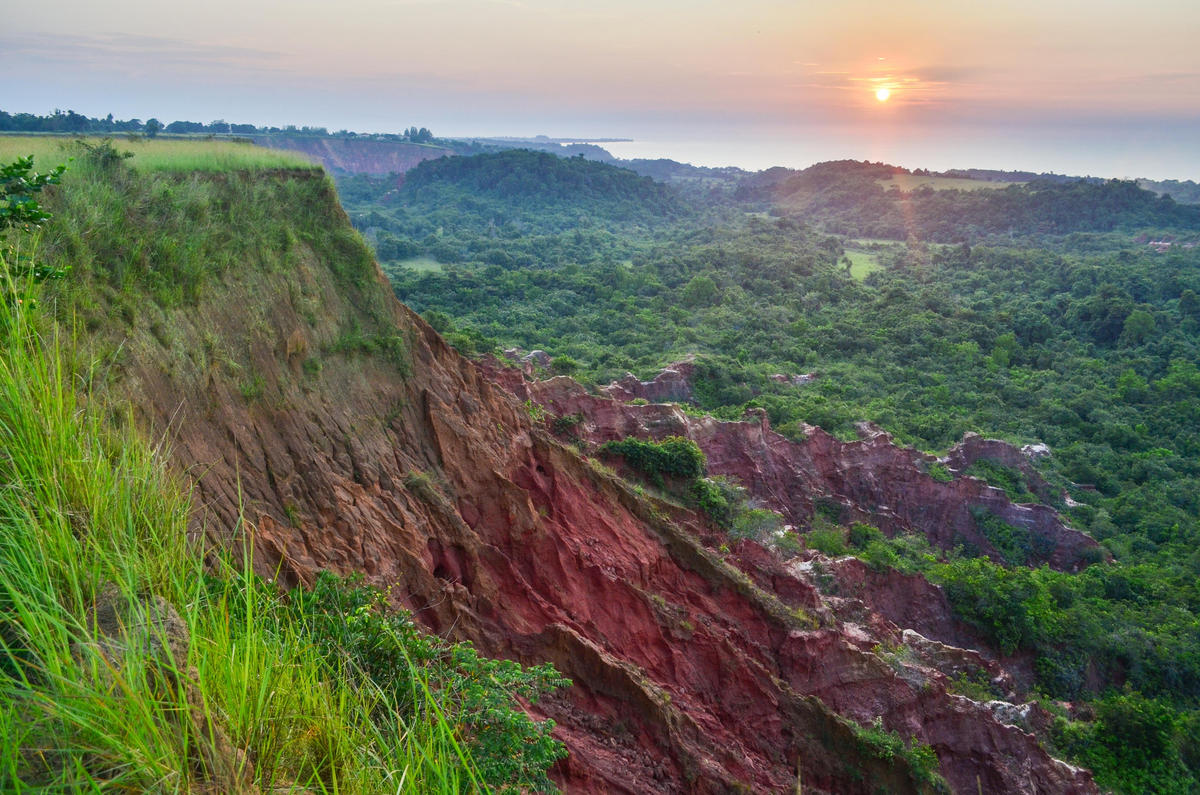 The Republic of the Congo or Congo-Brazzaville, used to distinguish itself from its bigger and more chaotic neighbor, the Democratic Republic of the Congo, lies on the opposite side of the Congo River. It is bordered by not only the DR of the Congo, but also by Gabon, CAR, Cameroon, and the Angolan exclave of Cabinda. It boasts virgin forests that are home to the world’s largest population of wild chimpanzees and gorillas, as well as raging rapids and picturesque waterfalls. The forests are home to indigenous tribes who are living peacefully, upholding their ancestral traditions.

The Congo is an adventure-filled destination less traveled due to long years of civil conflict which has stunted its tourism industry. Not many people know about its stunning coastal strip. Its capital city, Brazzaville, is actually dotted with French-flavored attractions. Tucked in the jungle is one of the largest, yet least known tropical paradises in Africa called Odzala National Park. From surfing beaches to whitewater rapids and lively wildlife, the Congo has plenty to offer. Civil wars, military and ethnic conflicts, and feuds over its offshore oil reserves have died down, and Congo-Brazzaville now enjoys peace that many locals hope becomes permanent. Whether you are interested in the raging rapids, the graceful capital city, the beautiful Lac Blue, or the energetic nightlife in the coastal towns, you will not run out of things to explore.

There are some good hotels in the capital city of Brazzaville and in popular destinations like Pointe-Noire and Loubomo. Elsewhere in the country, accommodation options are limited. Camping is reserved for the brave and it’s only possible in the southeast region of Moruya, in an area known as Cargo-Point. No matter how experienced you are in sleeping under the stars, it is essential to hire a guide when choosing the great outdoors as your lodging.

The Congo is served by Maya-Maya Airport, with international flights mostly offered by Air France and Ethiopian Airlines. Unfortunately, there are no direct flights from any American or European countries, but connections can be made through African hubs such as Cameroon and Nairobi. Driving is a more practical way to get around town and renting a car is easy, with an abundance of service providers in Brazzaville. The capital is also served by taxi and minibus services, but most locals use inland steamers to get around. The rail system also serves major towns.

Click here to learn about Things to Do in the Congo