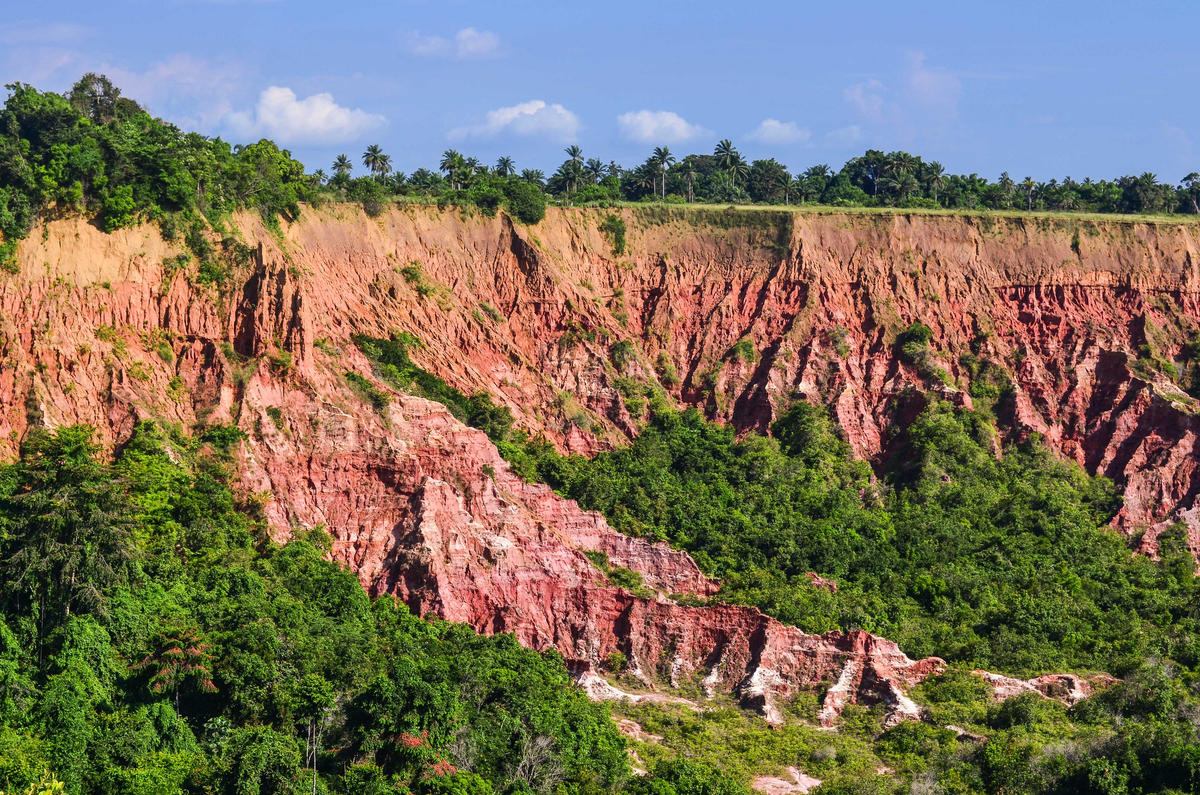 French is the official language of the Republic of the Congo. However, over 60 local dialects are also spoken throughout the country, the most common of which are Kikongo, Bateke and Sangha. Monokutuba and Lingala are also used as trade languages. Interestingly, villages still use “talking drum language” for long distance communication, with specific beats to broadcast births, deaths and marriages, among other announcements. English is not widely known.

Communauté Financière Africaine franc (CFA) is the official currency of the Republic of the Congo. Notes come in large denominations of XAF 10,000, 5,000, 2,000, 1,000, and 500. Only currency issued by the Bank of Central African States is valid. Credit cards are only accepted in hotels in Pointe Noire and Brazzaville. The bank in Brazzaville has an ATM, but it is advised to bring traveler’s checks or cash as it may not take foreign cards.

Congo uses 220-240 Volts of electricity with round pins, so electronics that run on lower voltage will need a step down transformer and an adapter.

The international dialing code for the Congo is +242, followed by two-digit area codes. Brazzaville’s area code is 28, while Pointe Noire’s is 29. There are three major mobile network operators in the country, namely, Celtel Congo, Libertis Telecom and Cyrus. Internet access is available in local internet and gaming cafés, and Wi-Fi is offered in many hotels.

Travelers may bring the following items without incurring customs duty: 200 cigarettes or one box of cigars or tobacco, a bottle of wine and/or spirits, and a reasonable amount of perfume in opened bottles. It is advised to carry receipts for expensive gift items like cameras and watches. Women are not allowed to import any other form of cigar other than cigarettes.

Consulates in Republic of the Congo

Click here to learn about Visas and Vaccinations in the Congo