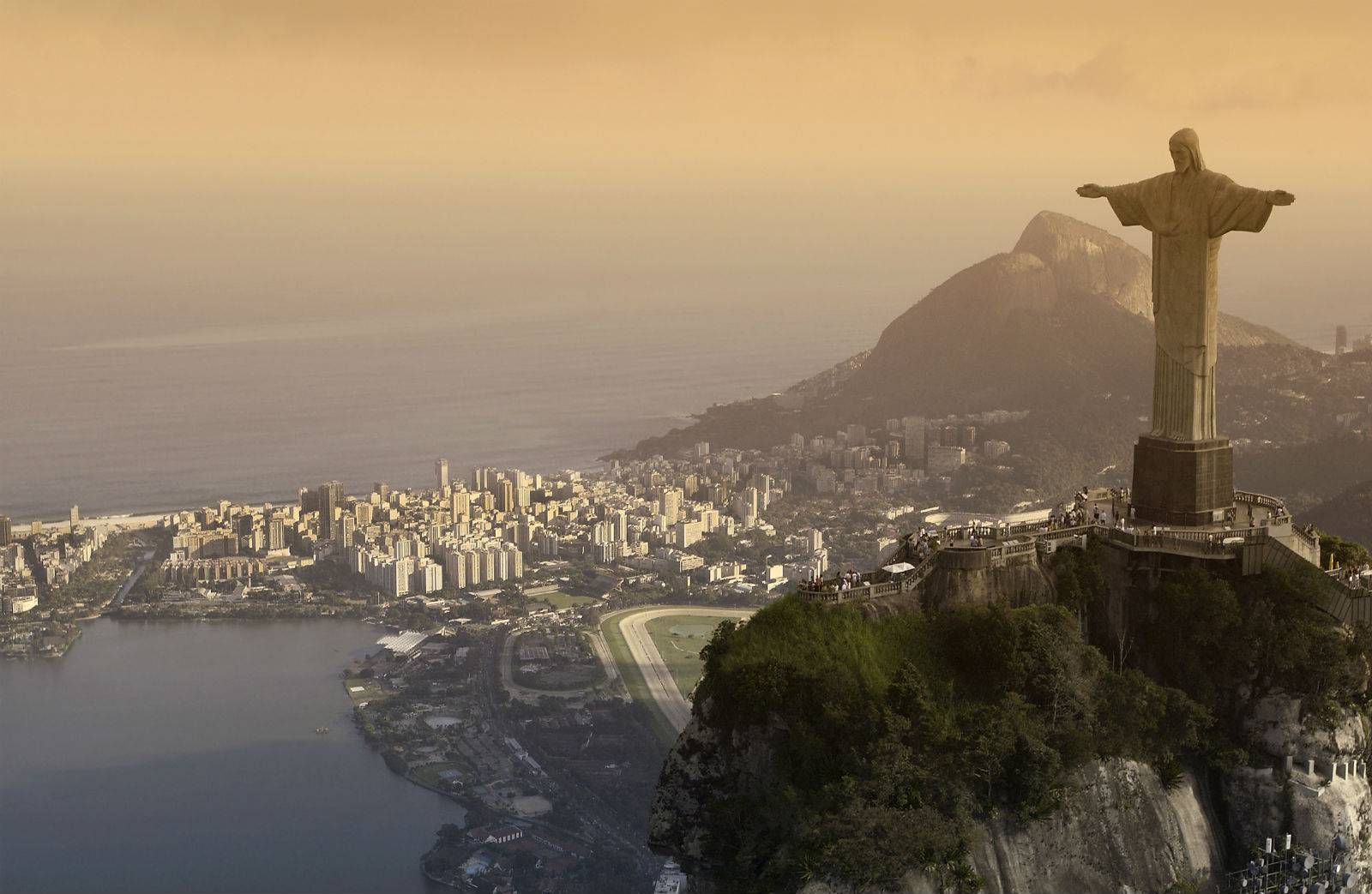 Since, the Federative Republic of Brazil split from Portugal’s colonial grasp in 1822, they’ve never stopped growing. Spawned from an agricultural-based economy during its European-disrupted history, the Brazil of today is a vastly improving nation with a progressive and innovative economy. While social issues still plague parts of modern Brazil, these are not enough to deter millions of tourists from visiting this swinging South American holiday hotspot every year.

Among its many natural treasures, Brazil hosts a plethora of unsurpassed marvels that need to be seen to be believed. The Iguacu Falls in the southwest, northern Brazil’s Amazon jungle, sparkling sun-kissed beaches along the eastern coastline, rugged peaks in the far west, and vast wetland reserves in the south make up a selection of Brazil’s finest masterpieces.

The center of urban activity is in Rio de Janeiro. The city has a busy preparing for the 2016 summer Olympics and recently hosted the World Cup in 2014. Nevertheless, it is beginning to build a healthy city landscape that can effortlessly handle many millions at a time. Tourists can look over the sprawling landscape from the Christ the Redeemer statue and see the impressive colonial footprint left behind by Portugal with hundreds of historical structures scattered throughout town. Pockets of ancient indigenous culture are still prevalent in the region too.

From cheap guesthouses to youth hostels to five-star hotel chains. Brazil has a wide range of accommodation options. It goes without saying that the larger cities like Salvador, Brasilia and Rio de Janeiro contain most of the higher-level hotels. Nevertheless, smaller towns and cities will still provide ample options for visitors. Always thoroughly research accommodations before booking tickets, as some of the budget choices may not meet Western standards. Tourists will fall in love with the food, which is not only ubiquitous, but also relatively inexpensive. Cuisine transforms between different regions of Brazil, so visitors can go an entire holiday without eating the same thing twice.

Although it is possible to reach Brazil from other South American nations via boat or road, travel into the country is predominantly done via air. Direct flights to Sao Paulo or Rio de Janeiro are available from large North American cities like Miami, New York and Chicago. Over recent years, making day trips from the metropolises of Brazil have become much more convenient. There aren’t any significant rail lines in the country, but buses run everywhere. It is possible to explore sites around major cities and return in the span of one day.

Within Brazil’s larger conurbations, public transportation is a much more reliable option for getting around. Buses are relatively inexpensive, and possess amenities like comfortable seating and air conditioning. With taxis and car rental also available, journeying between Brazil’s premier cities by road is also a good choice for tourists.

Click here to learn about Things to Do in Brazil