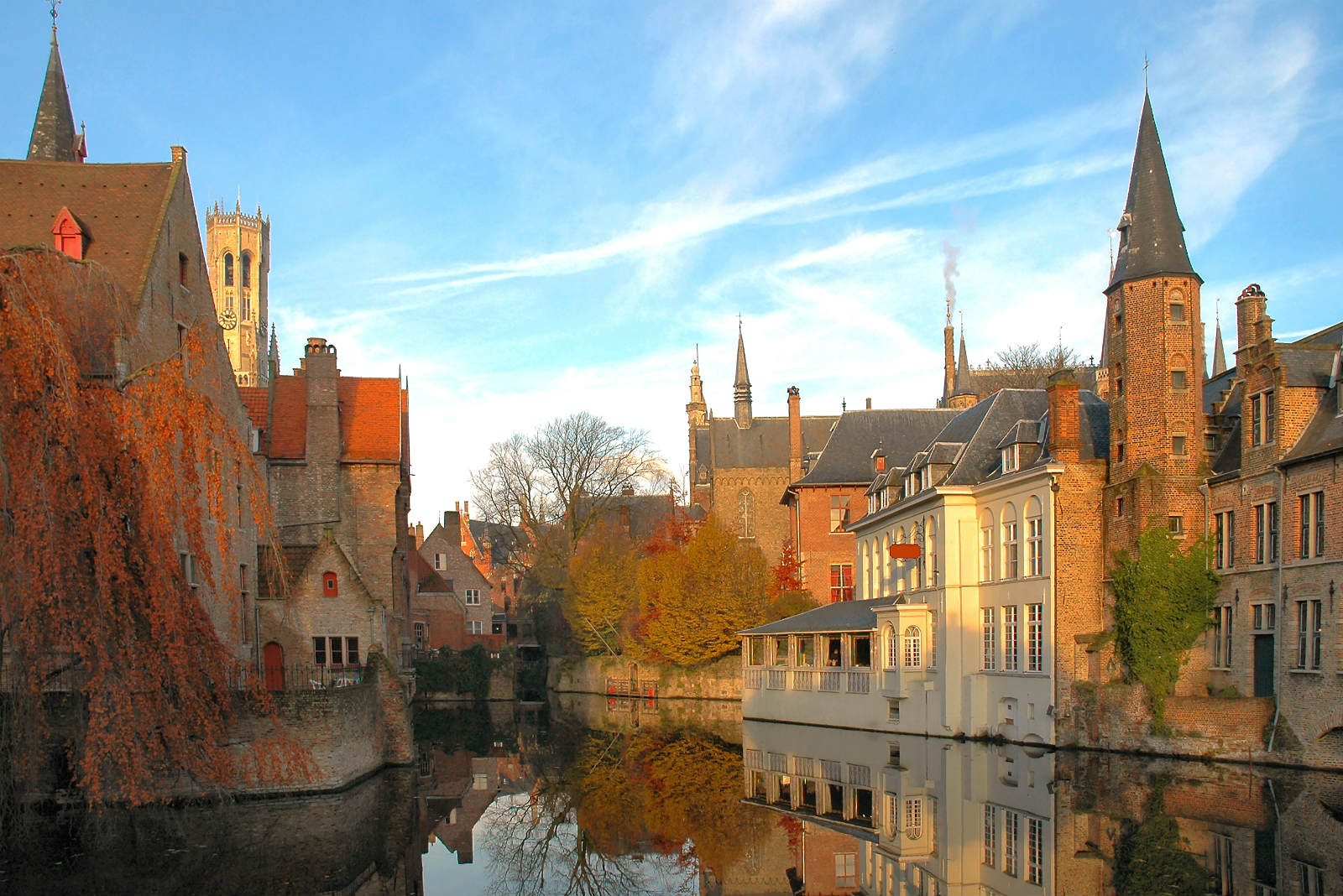 According to legend, the two most notable things about Belgium are that it’s flat, and its natives only eat chips if they’re smothered in gallons of mayonnaise. Both, of course, are absolutely true, at least in part, but there’s a greater deal more to see, do, and enjoy in this small country than the landscape and snack food.

Belgium is split into three regions; the Walloon and Flemish sectors and the Brussels-Capital Region. Belgians in the southern Walloon region speak French and/or German dependent on the location, the Flemish community speaks Dutch, the small capital region is decidedly multi-lingual, with English spoken to some extent across the country. The three communities differ markedly in regards to culture, but all welcome visitors.

History buffs will be in heaven, with traces of powerful dynasties that held the country during the medieval period still visible everywhere, especially in the town of Bruges, where Belgium’s 14th century ‘Golden Age’ is visibly remnant. The vibrant capital city of Brussels isn’t just a hub for European politicians; it’s also a center for culture, theater, great dining, nightlife and shopping, and holds guilded houses, Gothic buildings, a castle, the Royal Palace, as well as post-modern structures. Ghent is another place to head if magnificent architectural treasures appeal to you.

The ‘Belgium is flat’ brigade may be surprised to learn that forests, caves, and cliffs of the Ardennes lie within the country’s borders. This spectacular region is home to deer, wild boar, and lynx, as well as charming little villages, ancient castles, and the fine city of Nemur, set along the River Meuse. Nemur is a great base for exploring the beauties of the Ardennes. The national art museums in Brussels and Antwerp display works by famous Belgian masters, and Brussels boasts 80 museums of all kinds, including a number covering both World Wars.

Accommodation across the country varies from luxury five-star hotels to mid-range country inns and self-catered apartments. Standards are high, as are prices in the better Brussels hotels, but are surprisingly reasonable outside the urban centers. Dining out is popular and there’s a huge choice of cuisines available at all price points. Belgian cuisine has its regional variations and is filling and delicious, with seafood a favorite and mussels a specialty. Lovers of chocolate know full well that the Belgian version reign supreme, with impossible-to-resist chocolate shops on nearly every corner. It is also one of the best cities for beer.

The small size of Belgium and its position in the heart of Europe makes exploration of the country on day trips a comfortable experience, and allows for trips to Northern France, Luxembourg, the Netherlands, and Germany, dependent on your base location as a bonus. To the south are the battlegrounds and cemeteries from two World Wars, and the diamond district of Antwerp is close to Brussels, as is the lovely Sonian Forest. The golfing scene is extensive, with the best courses an easy drive of the capital.

Public transport in Belgium is fast, efficient, and inexpensive when compared to neighboring Germany and the UK. The main cities of Brussels, Namur, and Antwerp are linked by train and, for shorter journeys, buses are the best choice. For those planning to make several stops, a rail pass can save money. Brussels has trams and a subway, and for getting around just about every city and town, cycling is a healthy alternative to taxis, with bike rental shops plentiful and available.

Click here to learn about Things to Do in Belgium