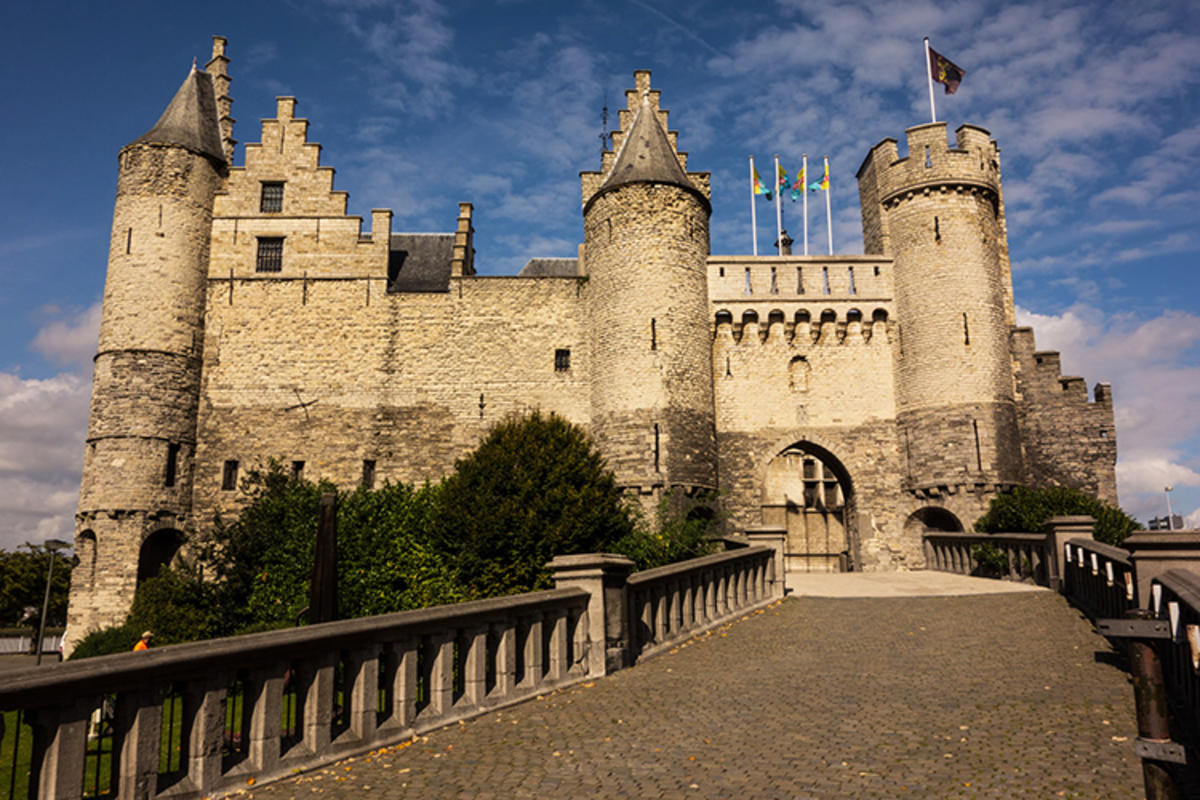 Belgium’s interesting, varied, and frequently violent history goes a long way to explaining the equally varied linguistic and cultural aspects of this small country. In spite of its troubled centuries, Belgium has influenced European art, classical music, literature, and the science of printing considerably, and its people’s pride in their country is well justified.

Belgium as a settled region dates back to Roman times when it was named Belgica. It has long been a kingdom, although nowadays the Belgian Royal family lives in comparative normality outside the capital. During the Middle Ages and until the 17th century, the country was a hub for culture and commerce, and a favorite central location for battles between various European powers. This unfortunate accident of geography resulted in it being nicknamed the ‘Battleground of Europe’, a name which proved tragically apposite during WWI and WWII.

Considered a part of the Netherlands until the Belgian Revolution in 1830, the country became neutral and independent, establishing its position as a constitutional monarchy under King Leopold 1 in 1831. Its constitution is based on the Napoleonic Code, and democracy reared its head with suffrage for men in 1893, although women had to wait to vote until 1949.

Belgium was active during the Industrial Revolution, improving its economy as a result, and the acquisition of the Belgian Congo as a gift to Leopold II brought benefits including the marketing of rubber and ivory, as well as heavy criticism for the Belgians’ poor treatment of the ethnic Congolese tribes.

The Germans invaded in 1914, soon after the start of WWI, and the Western Front battles mostly took place on Belgian soil. In 1940, history repeated itself with the country overrun by German troops, who remained in occupation until 1944, when liberation by the Allied forces took place as part of their push towards Germany.

The Belgian sites of the 20th century battles are now marked with monuments, landmarks, cemeteries of the fallen, and the ruins of German outposts and gun emplacements. For those fascinated by man’s inhumanity to man, there’s much to see and wonder at, especially in the Ypres region along the French border, infamous for its WWI horrors.

The Flanders Field Museum in Belgium gives an overview of the three major Ypres conflicts, during which hundreds of thousands died. WWII battles on Belgian soil included the Battle of the Ardennes and the Battle of the Bulge, in which a German offensive failed, opening the way to the final conquest of Germany by the Allied troops. The Royal Army and Military Museum in Brussels covers these battles and previous conflicts over a timeline of 10 centuries.

Any attempt at a general overview of Belgian culture will fall short of the reality, due to the division of the little country into three linguistic groups and the cultural influxes seeping across its borders from the Netherlands, France, Germany, and Luxembourg. The official languages here are German, Dutch, and French, although 33 percent of the inhabitants speak the old tongue of Walloon and a variant of Dutch, Flemish, is spoken by at least 60 percent. Within the three regions of Wallonia, Flanders, and Brussels-Capital, individual cultures flourish, each with their own traditions, folklore, gastronomy, and priorities.

Family values take a central position in the lives of most Belgians for whichever province they call home, as do the values of appearance and cleanliness, both in personal and property matters. As a result, Belgium is a refreshingly tidy, clean country. Although friendly and welcoming, Belgians are somewhat formal in their greeting, with brief handshakes the norm until a friendship or business relationship is fully established.

A small gift is expected when you’re invited to a Belgian home, and punctuality shows respect. If a toast is given, stand up, and it’s polite to eat all you are offered, never mind how full your plate is. All Belgians are extremely proud of their local cuisine, making praising your meal a must.

Belgium’s incredibly rich artistic tradition extends from its artworks to its architecture, music, literature, and traditionally authentic folkloric festivals, with all forming a strong part of the people’s cultural awareness in the present day. Museum and art gallery visits are very popular, and the many medieval old towns are a great source of pride. Even the famous Belgian craft beers have a cultural identity, especially those from the six Belgian Trappist monasteries which are permitted to brew strong ale.