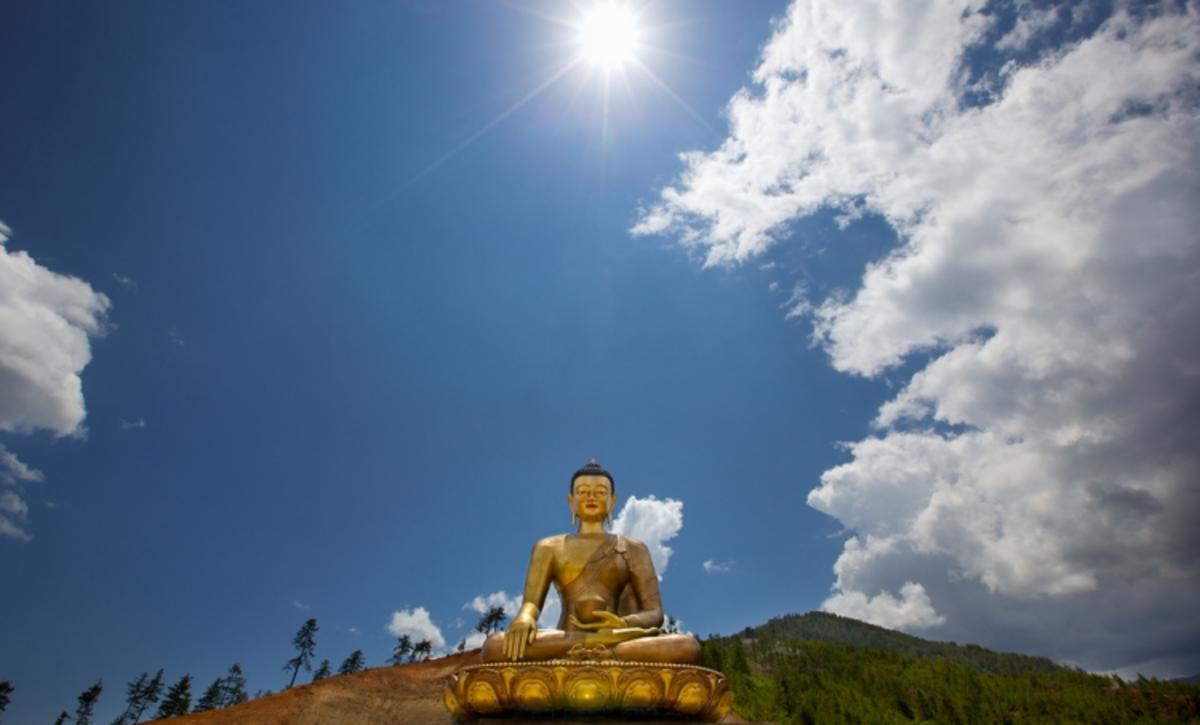 Bhutan’s weather varies considerably due to the altitude, with the lower southern region’s climate classified as sub-tropical. The highlands are temperate and, in the north, a polar climate predominates, bringing year-round snow. The country has five seasons: spring, summer, monsoon, fall, and winter. In the monsoon season, the heaviest downpours are in the west, while in the south, summers are hot and humid and winters are cool. The central and eastern parts of the country are drier than the western region, which sees cool winters and warm summers.

Thimphu, set at 7,000 ft in the west-central region, sees temperatures ranging between 59°F and 78°F during the monsoon season of June through September. In January, the mercury drops to around 24°F at night, with daytime spikes around 60°F. In the south of Bhutan, annual temperature variations are minimal, with average highs around 77°F, occasionally spiking in summer up to 100°F deep in the valleys.

In the temperate regions, rainfall averages 39 inches a year, while in the humid sub-tropical zone it can reach a massive 307 inches annually. Thimphu is dry in winter, and the wettest in August. Spring in Bhutan runs from early March, and turns to summer and monsoon season by June. Fall is marked by bright, sunny days and cloudy skies, and heavy rains obscure the mountains until the end of the season in late September. Winter, between November and early March, is frosty and snowy throughout, with the high peaks and passes seeing gale force winds as part of the winter northeast monsoon.

For sightseeing and outdoor activities, the best times to arrive in Bhutan are between March and the beginning of the monsoon season, or from late September through late November. During monsoon season, the mountain roads are especially dangerous due to rock falls and landslides, and views of the Himalayas are blocked by low cloud coverings. In winter, heavy snowfalls in elevated areas bring their own dangers, such as avalanches and heavily-iced roads. Hotel prices for foreigners on the fixed-price tourist packages aren’t affected by the time of year.

Click here to learn about the Festivals and Events in Bhutan