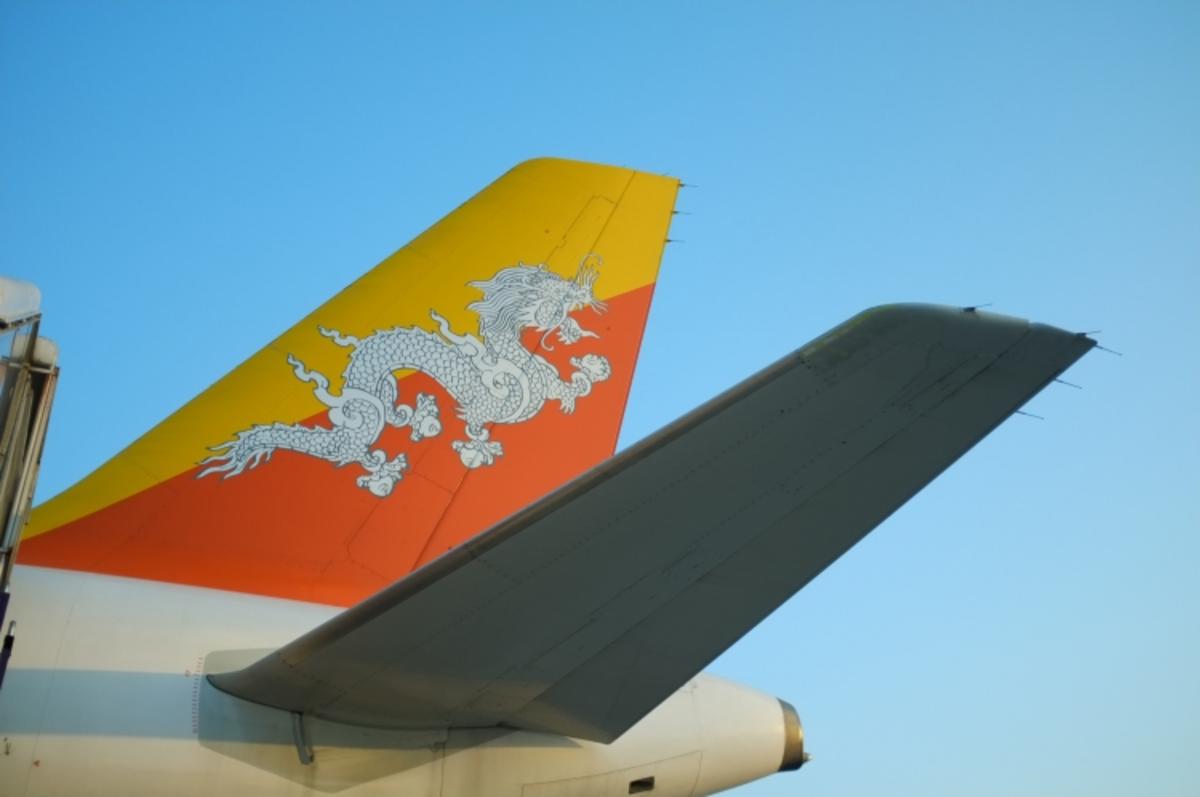 Located just outside the city of Paro about 40m from Thimphu, Paro Airport is the only international air arrivals hub in Bhutan. Situated 7,300 ft above sea level in the narrow, deep valley of the River Paro Chhu, it’s one of the most challenging airports to land at in the world, with only eight pilots licensed to land here. It’s open during daylight hours only and is often closed due to poor visibility or harsh weather conditions.

Paro Airport is the hub for Drok Air, the national flag carrier, and its two Airbuses. The airline offers routes to Singapore, Bangkok, Delhi, Kathmandu, Kolkata, Mumbai, and several other Indian destinations. Also operating here is Buddha Air with charters to Kathmandu, and the country’s first private airline, Tashi Air, flying to Jakar and Trashigang.

The complex has a single runway and one passenger terminal with one gate and four check-in desks. The terminal comes as a charming surprise as it’s a traditional wooden building with a gaily-painted exterior that strongly resembles that of a local temple. Passengers will be met at the airport by their tour operator and transferred to their hotel in comfort. There’s no independent onward transportation available in Bhutan so you will definitely feel like you’ve found a remote hidaway.

One of Bhutan’s two domestic airports, Bathpalathang Airport is located just outside Jakar, in Bumthang District. The facility opened in late 2011 and offers flights to Paro’s international airport for access to Thimphu and connecting flights to destinations outside the country. Druk Air and Tashi Air are the only two operators and offer only a small number of flights daily.

Yongphulla Airport, located near the small town of Trashigang in the district of the same name, is the second of Bhutan’s domestic airports. Flights are at present suspended indefinitely due to regulatory problems with its single runway so check back soon if you’re looking to visit this region.

Click here to learn about Travel Tips for Bhutan