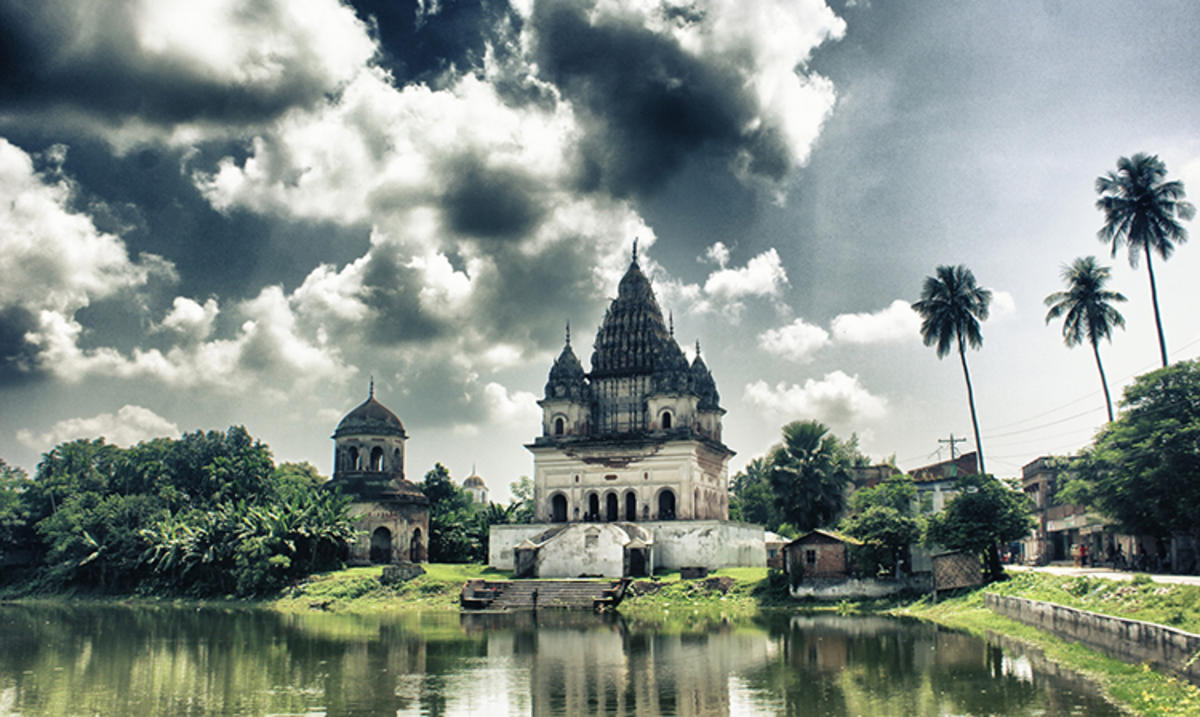 There are two famous natural wonders in Bangladesh – the Sundarbans National Park, which is home to the largest mangrove forest in the world, and Cox’s Bazar, the longest uninterrupted natural sand beach in the world. Both attractions are accessible on your own or you can pay for a guided tour of the primeval regions.

Found in the Chittagong Division of southeastern Bangladesh, Cox’s Bazar is the world’s longest sea beach, stretching 74.5 miles along the coast. It is known for its surf waves, breathtaking cliffs, and is home to Buddhist temples, tribal areas, waterfalls, and a lively market run by crafts makers in the village proper. It is recommended to take a day trip to the nearby Ramu village for boat excursions to nearby islands. Address: Chittagong Division, southeastern Bangladesh Phone: n/a Website: n/a

The Sundarbans National Park, a UNESCO World Heritage site, is the world’s largest mangrove forest. It stretches 50 miles across Bangladesh and West Bengal, and is made up of primeval jungles and marsh areas filled with fascinating wildlife. Over 400 Royal Bengal tigers live within the Sundarbans, along with a wide mix of flora and fauna. Tourists come here to spot leopards, saltwater crocodiles, various primates, insects, fish, birds, reptiles, and mammals. Booking a guided tour is advised because the forests can be tricky to navigate. This is a protected reserve, so entry permits are required. Address: Bay of Bengal Phone: n/a Website: n/a

The hill region refers to the districts of Rangamati, Bandarban and Khagrachari. All three are popular holiday retreats for their beautiful landscapes, lakes, drives, trails, Buddhist heritage, and colorful tribes. Rangamati is of particular note because of its hanging bridge and museum, while Bandarban and Khagrachari are the best starting points for uphill treks. The highest peak (Tahjin Dong) is in the district of Bandarban. Address: southeastern Bangladesh Phone: n/a Website: n/a

Located near the waterfront area in the capital, Old Dhaka is filled with lively bazaars. It is also home to cultural attractions like the National Museum and the majestic Baitul Mukarram Mosque. Puran Dhaka is the oldest part of the city and boasts century-old buildings including the unfinished Lalbagh Qilla Fort. Address: Central Dhaka Phone: n/a Website: n/a

Located just outside of Dhaka, Sonargaon was the ancient capital of the Kingdom of Bengal. Astounding ruins and old buildings dating back to the Bengal era dot this ancient land. The most notable examples of architecture are the Goaldia Mosque and the Folklore Museum, which houses a wide variety of relics and artifacts from different cultural groups found throughout the country. Address: near the cities of Narayanganj and Dhaka, Bangladesh Phone: n/a Website: n/a

Mainimati is a large UNESCO World Heritage and archeological site dotted with religious ruins and Buddhist relics, among the most famous of which are Salban Vihara, Charpatra Mura and Kotila Mura, along with several monasteries that date as far back as the 7th and 8th centuries. Some attractions are located within a local military cantonment that forms part of the area, so visitors need special permission to enter. Address: outside Comilla Town, Bangladesh Phone: n/a Website: n/a

This 11th century temple is the oldest in the city and is the most important Hindu temple in Bangladesh. Legend has it that it was built by Ballal Sen, though this is inconsistent with the timeline of the building. Address: Old Dhaka Phone: n/a Website: n/a

Built in the early 19th century, Dhaka’s Star Mosque is a beautifully preserved construction in the heart of Dhaka. The domes with their famous blue star motifs are the most distinctive element. While much has been added to the original structure and design, the mosque has managed to maintain its historic and architectural significance. Address: Armanitola area, Dhaka Phone: n/a Website: n/a

The National Museum of Bangladesh will take you on an exciting journey to the past with an unmatched collection of over 85,000 historic artifacts, paintings, memorabilia, and ancient relics. Housed in a piece of history itself, the building has been well-preserved since its construction in 1913. Address: Shahbag Rd, Dhaka Phone: +88-2-861-9396 Website: http://www.bangladeshmuseum.gov.bd/

A worthwhile side trip when visiting the capital, Dhaka Zoo is a delight for animal lovers, with over 165 species present. More than 2,000 types of mammals, birds and reptiles call this well landscaped zoo home, which comes complete with tranquil lakes, tree-lined pathways, lively aviaries, and a vast hippo enclosure. An on-site museum gives visitors a glimpse into the history of the region’s animals. Address: Mirpur-1, Dhaka Phone: +88-2-900-2954 Website: n/a

Click here to learn about Bangladesh's Food and Restaurants