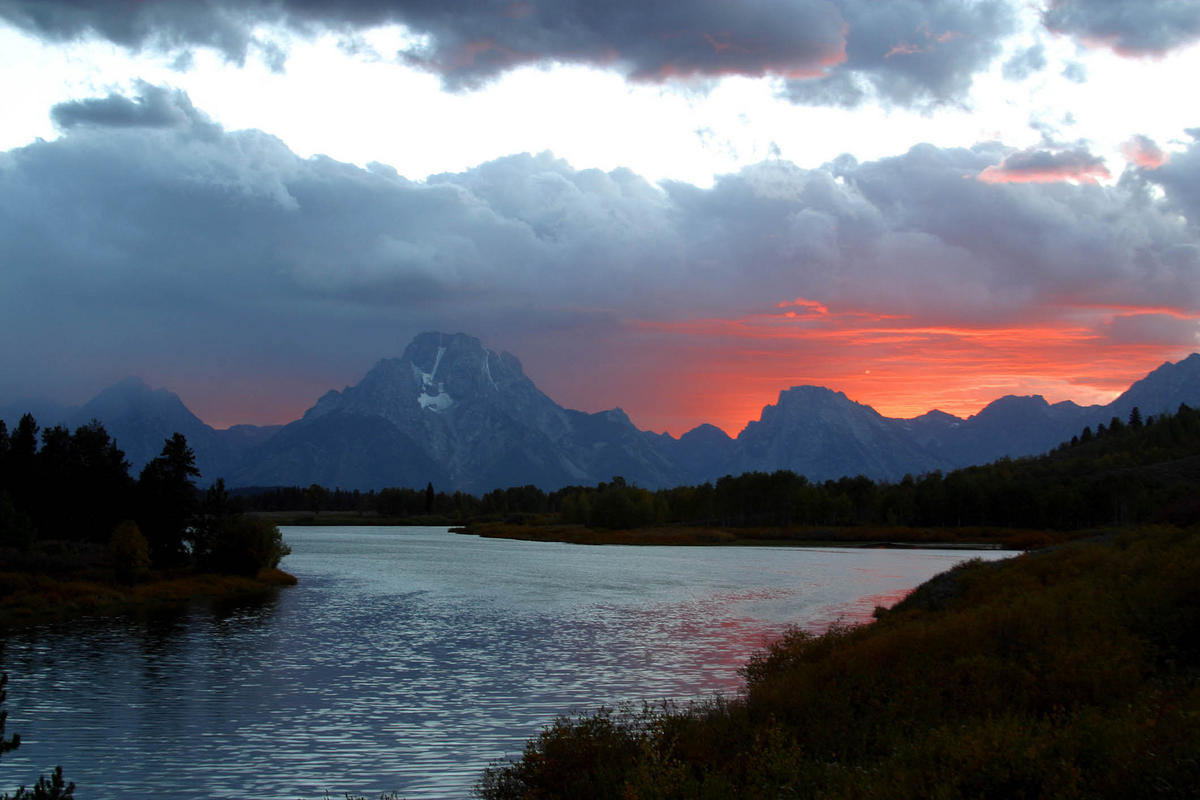 Wyoming’s climate is typical of the continental US, but conditions here tend to be windier and drier than those in most other states. There are also extreme shifts of temperature between seasons, so visitors should come prepared for active weather conditions at any time of year. The plains are generally warmer than the mountains, which means towns like Casper are almost 10°F warmer than Jackson Hole.

Despite the seemingly cool climate in Wyoming, summers can actually get quite hot at low elevations. Average temperatures in July range from 85°F to 90°F during the day but cool off quickly after dark, dropping into the 50s and 60s (°F). Some regions of Wyoming are classified as desert, so there isn’t much precipitation. Most of it falls as rain in the late spring and early summer, which is also a windy time of year. Fall tends to be very pleasant, but winter sets in fast and early snowstorms can roll through in September and October in the high country.

Winter is very cold in Wyoming but it’s also a beautiful time of year. The air is very dry, so when it snows it comes down as light fluffy powder, a boon for skiers and snowmobilers. Daytime highs rarely break the freezing mark between December and February, dropping well into the negative digits at night. Snow tends to stick around all season once it begins to pile up, creating a lovely winter scene. The only real negative about winter is that it tends to be windy most of the time. Spring isn’t the best time of year in Wyoming because the snow melt creates muddy conditions in May and the temperatures remain chilly.

Depending on your agenda, there really isn’t a bad time to visit this state. The only unpleasant season in Wyoming is spring, but by June the mountains have dried out and opened up to a vibrant world of wildlife, wildflowers, and outdoor recreation. The summer is the peak travel season in the state, particularly in the national parks like Yellowstone and Grand Teton, so don’t expect to have the trails to yourself or to find any amazing deals on lodging. The high season runs right through the fall months of September and October. The changing of the aspens creates quite a show in the high country, but by the beginning of November, the shoulder season begins to offer virtually no crowds and great off-season deals on accommodations.

Winter is another high point in Wyoming as ski resorts like Jackson Hole cater to big numbers of ski tourists and even Yellowstone stays busy with snowmobilers. There are still good deals to be found, especially outside the Christmas weeks. For guaranteed low room rates, simply plan a trip in April or May.