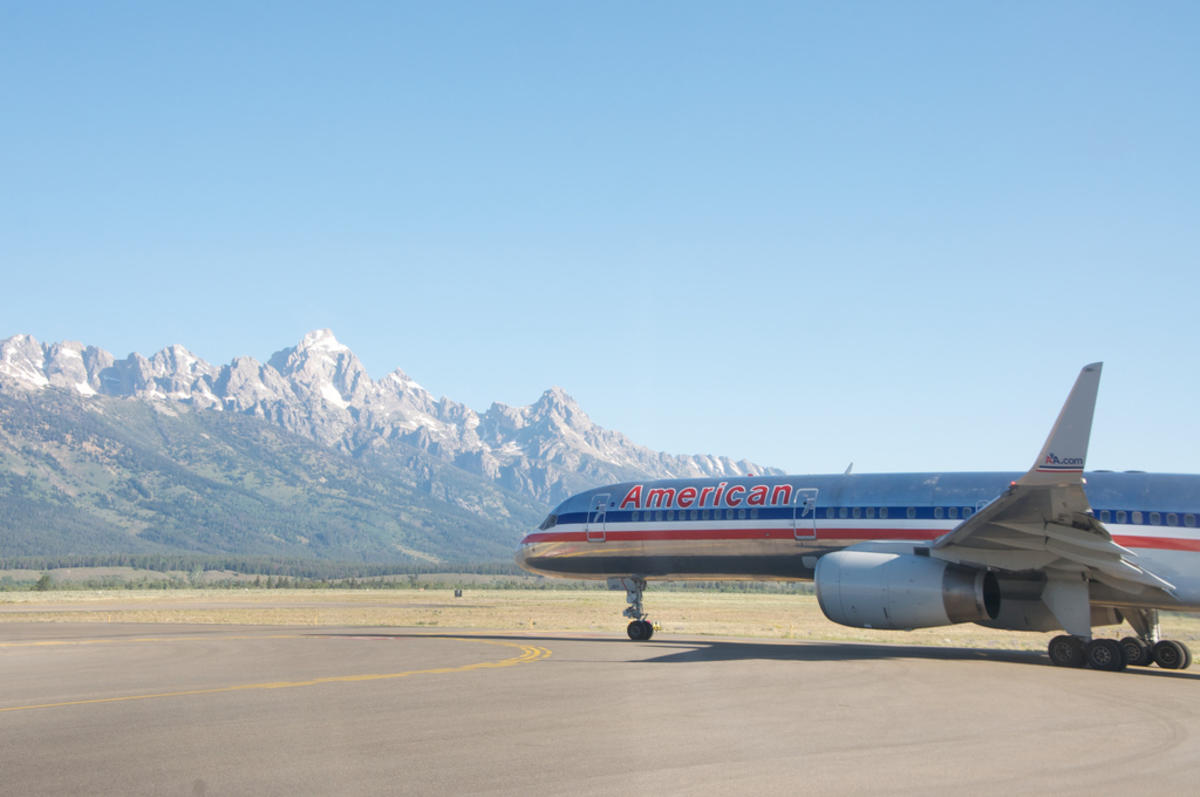 The small but beautifully designed terminal reflects the aesthetics of the Rocky Mountains. Jackson Hole’s airport is easily one of the most stunning and most pleasant airports to travel through, with one restaurant that is open when flights are scheduled. There is also a gift shop and a news stand selling travel sundries, snacks, and souvenirs. An ATM can be found at the Baggage Claim area and Wi-Fi internet coverage is available throughout the terminal.

Ground transportation is mainly covered by taxis and limos, along with the more affordable AllTrans shared shuttle vans that ferry travelers to hotels and destinations around Jackson. Four major car rental firms are located directly at the airport, including Avis, Alamo, National, and Hertz. The airport is just a few miles outside of Jackson, which is easily accessible by a single road.

Travelers who want to reach other parts of Wyoming, particularly the eastern region, can use surrounding airports like Billings Logan Airport in nearby Montana. This is the busiest, largest airport in the four-state region that covers Montana, Wyoming, North Dakota, and South Dakota. Around one million passengers fly into Billings every year, many of whom rent a car and drive to Wyoming. All of the flights into Billings are domestic, via Alaska Airlines, Allegiant Air, Delta, Frontier Airlines, Silver Airways, and United. Denver is by far the busiest route here, followed by Salt Lake City, Minneapolis, Seattle, Phoenix, and Las Vegas.

The airport sits on top of a flat mesa just two miles outside of downtown Billings. Its single terminal has only basic amenities for travelers, including a single restaurant and a multi-function gift shop. Ground transportation is provided by an airport shuttle company and three taxi companies. Several bus charter lines, such as Greyhound and Rimrock Stages, have regular service from the airport to long-distance destinations in the four-state region. The most popular transport option is to rent a car. There are eight major car rental firms on site, including Avis, Budget, and Enterprise. Plenty of parking is available adjacent to the terminal, both short-term and long-term. Billings Logan Airport lies just off Interstate 90, a major artery through the region and into Wyoming.