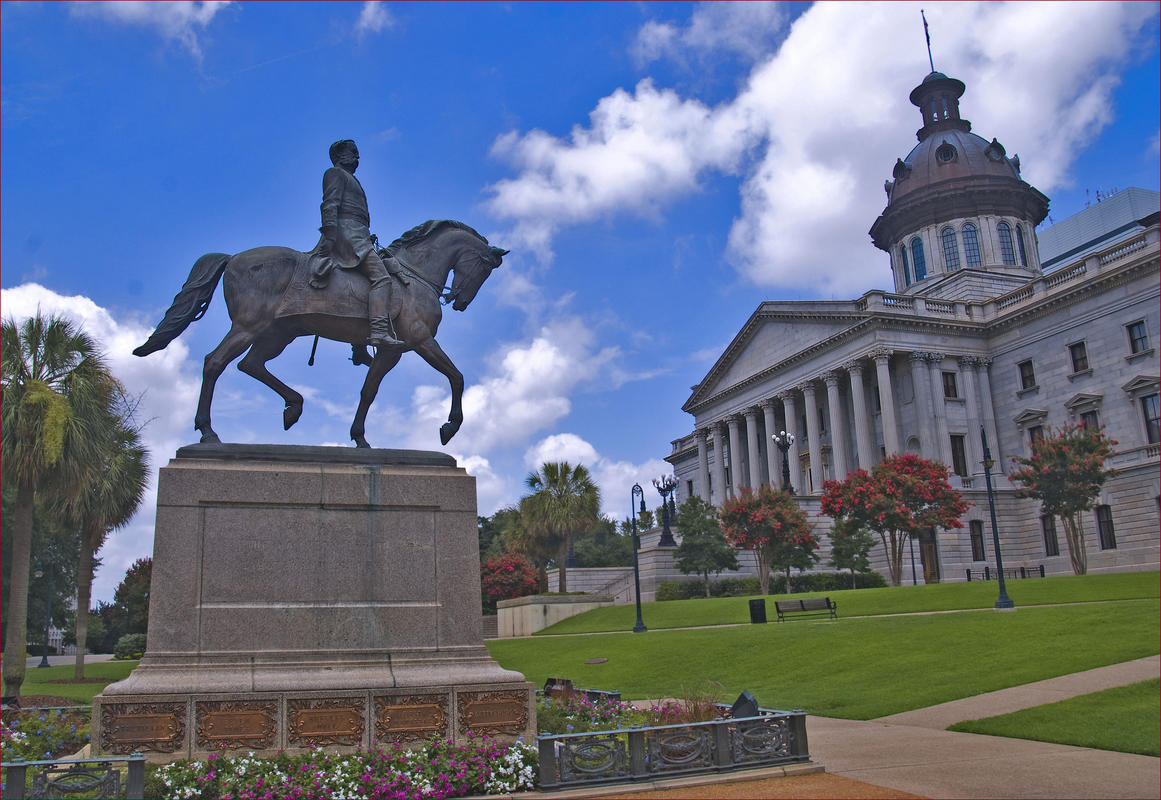 As one of the original American colonies, South Carolina offers visitors loads of history and a surprisingly diverse culture. The state is divided into the Upcountry lands of the north where mountains influence the lifestyle and the Low Country area toward the coast. In reality, these are two totally different states, each with their own special atmosphere and traditions. But overall, South Carolina is a firm representative of the Old South with all of its charms and negatives.

The modern history of South Carolina began when the British king Charles granted eight noble families the right to settle this territory through a royal charter. The Low Country had good soil so the early colonists grew and processed rice and indigo, both important early exports from the Carolina port of Charleston. Slaves were essential to the state’s agriculture, and by the Revolutionary War slaves outnumbered Anglo colonists.

South Carolina was the first state to ratify the original US constitution in 1776, but British loyalists helped British troops recapture the territory in 1780. The important Battle of Cowpens marked the final turn in British control of South Carolina when the Redcoat troops were defeated by American forces in 1781. The battlefield is now protected as a national historic park.

Although no major Civil War battles were fought inland, South Carolina lost one-third of its male population to the war. The Union General Sherman marched through the state in 1865, destroying the capital, Columbia, without much resistance. After the Reconstruction period, tensions were high between freed slaves, whites, and abolitionists. Even today this attitude prevails, with the Confederate flag still flying at the state capitol.

South Carolina continues to thrive mainly on agriculture, though tourism also plays a large role in its economy. A slew of historic towns, including Charlestown, Beaufort, and Georgetown, preserve the atmosphere of the Old South while the beautiful coastal region from Myrtle Beach to Hilton Head is America’s most popular beach holiday destination.

South Carolina has one of the strongest cultural identities in America, with entrenched ties to the Deep South, the Confederacy, and the institution of slavery. That may seem repulsive to many, but it’s an unavoidable element of the society in some sectors of the state. This attitude rarely affects visitors, however, who can experience a wide range of culture across South Carolina.

From the Upcountry folk charm of the Blue Ridge Mountains to the equestrian Piedmont region and the Low Country, this state has a lot of interesting, diverse culture to explore. There are still antebellum holdouts like Beaufort and modern fun-focused beach towns like Myrtle Beach. The people of South Carolina largely reflect where they live. It’s impossible to compare the residents of Hilton Head with those up north in Greenville.