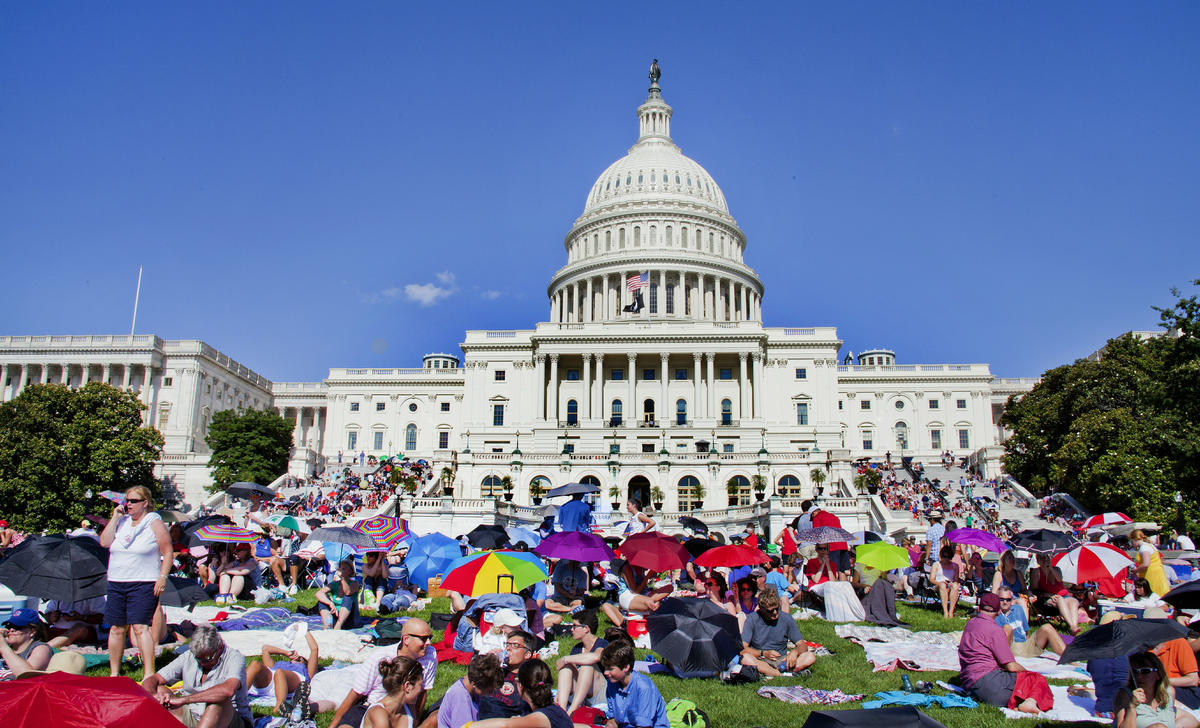 It is no surprise that the capital city holds more festivals than any other city in the USA. The summer is the liveliest time of the year, as the city hosts the A Capital Fourth Festival which is known to be the best place to celebrate the country’s independence. The Smithsonian Folklife Festival is one of the world’s best cultural events, featuring a different country and US region each year.

This festival takes place on March 30 during the National Cherry Blossom Festival and is for those that love kites. Kite enthusiasts get to show off their skills in the hopes of winning an award; there are 36 categories to complete in. Kite fliers arrive from all over the world to take part in this annual event that is held at DC’s Washington Monument in the National Mall.

The Tidal Basin is filled with 3,000 cherry blossom trees that were a gift of the 1912 mayor of Tokyo. This is one of DC’s busiest festivals and celebrates the blooming of these beautiful trees. The festival is held for two weeks between late March and early April in celebration of the spring season and the start of the city’s tourist season. Art exhibits, live performances, sports, and cuisine can all be enjoyed at this annual two week event.

Around the World Embassy Tour

Each year in May, numerous embassies in DC open up their doors to the public to showcase not only the beautiful buildings but also the arts, culture, and cuisine of its country through exhibits, talks, and performances. Complimentary shuttle buses take event goers from one embassy to the next on a cultural tour of a lifetime.

Shakespeare Free for All

Each summer, the Shakespeare Theater Company offers a free performance over a two-week period. Each year the actors put on a different performance, and each year over 500,000 people attend these shows. Tickets for the performance are available on the day of the show, and an online lottery is also available for those that don’t want to wait in line.

For the two weeks leading up to July 4th the Smithsonian holds this annual event that features a different country, US region, and another special topic such as languages, clothing or cuisine. The festival consists of food, art, craft-making, storytelling, music, and dancing and is a massive cultural event that attracts plenty of visitors.

The biggest Fourth of July party in the entire country, A Capitol Fourth features the National Independence Day Parade and an orchestral concert on Capitol Hill, ending with fireworks over the Potomac River. It is DC’s largest and liveliest festival and those attending should expect large crowds.

Click here for Things to Do in Washington DC