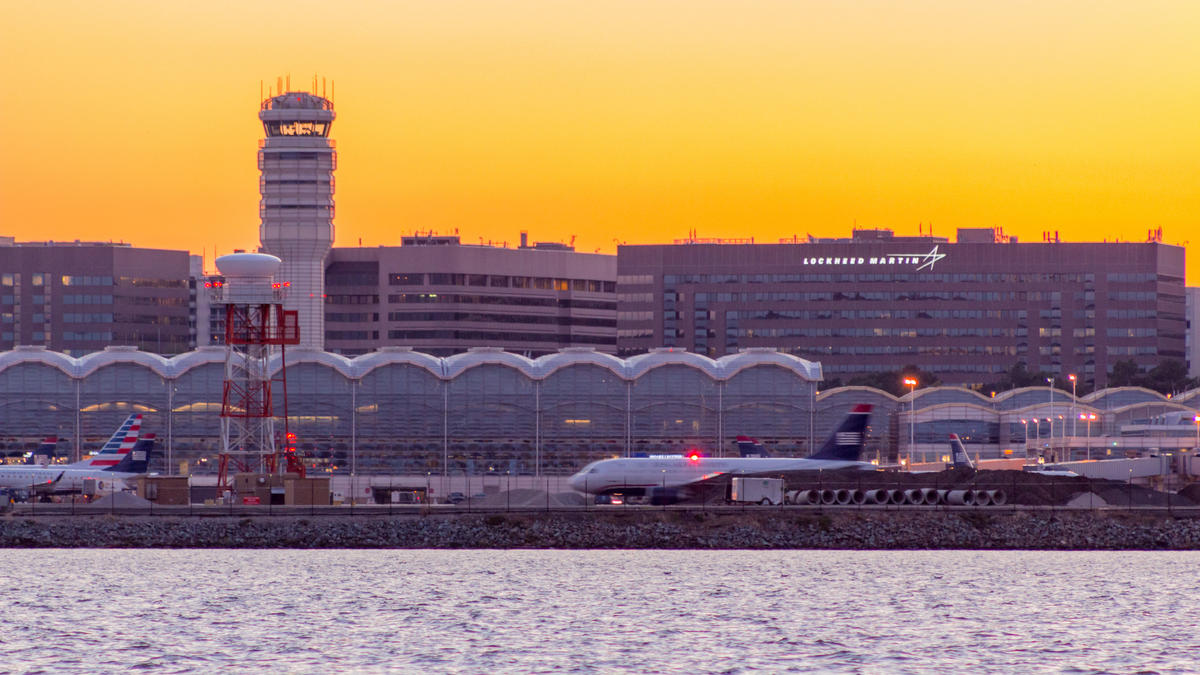 DC’s primary airport was named after President Eisenhower’s Secretary of State John Foster Dulles and its main terminal is a landmark. More than 23 million passengers travel through the airport each year, making it one of the country’s busiest airports. Aircrafts arrive here from over 125 destinations throughout the world as well as from other major US air hubs, including Dallas, Miami, Los Angeles, Atlanta, New York, Chicago, Minneapolis, Las Vegas, Houston and Detroit.

Shopping choices include a Brooks Brothers shop, a Solstice Sunglasses Boutique, an Inmotion Entertainment shop, several America! outlets, numerous newsstands and book shops, and four duty-free shops. Dining options range from a sit-down meal to a quick snack or a Ben & Jerry’s ice cream. Other airport amenities include ATMs, foreign exchange booths, a massage bar, shoeshine, and a manicure kiosk. Passengers can also enjoy the airport’s Gateway Gallery and there is live entertainment throughout the year.

Outside of the main terminal building on Autopilot Drive is a dedicated rental car area and agents such as Alamo, Budget, Dollar, Hertz, Thrifty, and Avis can be found here. Just outside of the terminal building is a taxi stand and trips into the city take between 40-60 minutes. Washington Flyer Coach offers coach service into the city every 30 minutes, while Super Shuttle offers door to door service to anywhere in the city. Metro bus A stops at Curb 2E just outside of the terminal and runs between the airport and L’Enfant Plaza near the National Mall. The Dulles Toll Road and Curtis Memorial Parkway link the airport to the city and the journey takes around 30 minutes, depending on traffic.

The closest airport to the city of DC, it is the airport most used by American visitors. The airport handles few international flights, but does handle flights arriving from all over the country. It offers hourly shuttle services to and from New York and Boston as well as regular service to and from nearly every major airport in the country, including, Atlanta, Orlando, Los Angeles, Seattle, Chicago, Miami, Detroit, Cincinnati, Denver, Charlotte, Detroit, and Raleigh among others. The only international flights served here are to and from Toronto, Montréal and Ottawa.

There are numerous ATMs throughout all terminals in the airport as well as a couple of foreign exchange booths. There is one duty-free shop for international passengers as well a PGA Tour shop, a Brooks Brothers shop, a Forever Heather shop, a Just 4 Fun kiosk, several America! shops, and plenty of newsstands and souvenir shops. Dining offered at the airport ranges from fast-food to a sit-down meal and there are also a few bars to calm preflight jitters.

On the first level of parking lot A passengers will find representatives from Alamo, Budget, National, Avis, Hertz, Advantage, and Enterprise that offer car rental to get into the city. The journey into is less than 15 minutes by taking the George Washington Memorial Parkway and US Route 1. Taxis can be dispatched from the baggage claim area, and will then wait at the curb outside of the terminal building. Limousine services can also be arranged upon arrival, while companies such as Super Shuttle offer door to door shuttle services to any destination in the city. The city’s Blue and Yellow metro lines connect the airport with the city and take around 15 minutes to arrive.