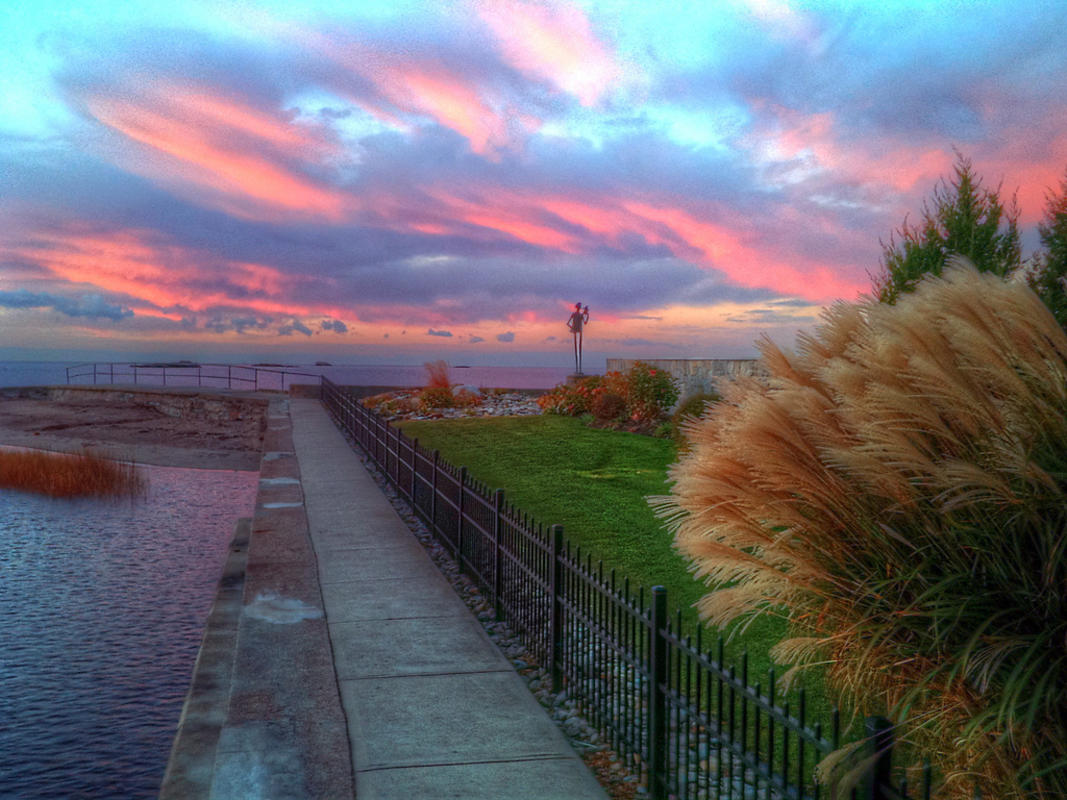 The weather in Connecticut is similar to that of the rest of New England. Its latitude and location near the coast give it a humid continental climate with four distinct seasons and fair amount of precipitation. Winters in Connecticut are considered very cold, with daytime highs rarely breaking 40°F along the coast and averaging 30°C in the northwest region from December to February. It snows often in the northwest, and even occasionally along the southern coast.

Summers are hot, humid, and generally uncomfortable. The daytime highs in July and August average in the upper 80’s °F, but high humidity creates stuffy conditions. Thunderstorms are common during the summer, sometimes turning into damaging storms during the hurricane season between late June and September. Spring offers plenty of rain and rapid changes in temperature, but generally fair and mild weather. Fall is the premier season in Connecticut, with mild temperatures and sunny skies throughout October and November.

There’s little debate that Connecticut’s best time of year is the fall. Between October and November, the trees turn brilliant colors all over the state and the daytime temperatures stay in the comfortable 60’s (°F) and low 70’s (°F). This is a popular time to visit so make hotel reservations as early as possible to avoid disappointment.

Summers are also a good time in Connecticut, especially if you plan to do any outdoor recreation like boating, fishing, or hiking. Although it can be a tad hot and humid at the peak of the heat wave, a visit in the shoulder months of early June or September can reward you with pleasant weather and virtually no tourists. The shoulder season is also a good time to get discounts on hotels and car rental. Keep in mind, however, that the state’s big tourist attractions like Mystic Seaport will be crowded during the summer school holiday in July and early August.

Click here to learn about Festivals and Events in Connecticut