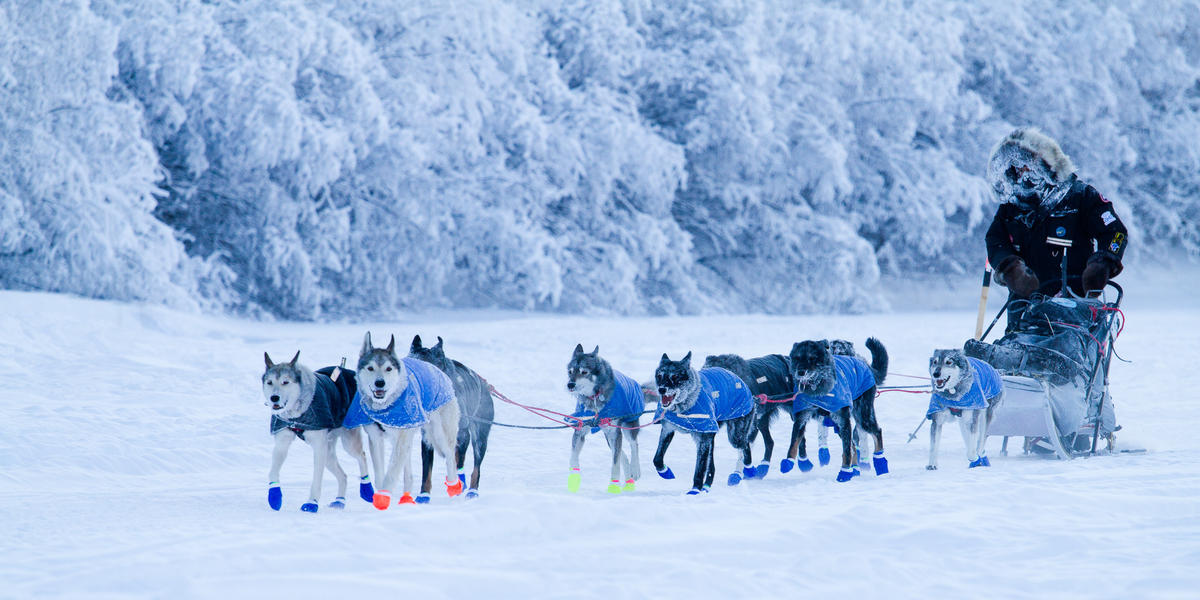 Music, drama, and literature figure prominently in Saskatchewan holidays, from the Shakespeare on the Saskatchewan in Saskatoon to Moose Jaw’s Saskatchewan Festival of Words. Regina and Saskatchewan each have their own August folk festivals, while several rural events celebrate the province’s famous foods, including Mortlach’s Saskatoon Berry Festival and the Bruno Cherry Festival.

The Canadian Challenge Sled Dog Race takes place in the middle of Saskatchewan’s long winter towards the end of February and concludes with a Saturday wind down breakfast. Mushers from around the world race across the same 320-mile track used by countless First Nations groups, fur trappers, and North West Mounted police during this challenging sled dog course from Prince Albert to La Ronge.

For over a decade, the Saskatchewan community of Swift Current has hosted this June festival dedicated to kites and those who love to fly them. The festival attracts world-class kite makers from as far as Thailand, India, China, Europe, and Africa. Visitors can learn how to make and fly their own creations from some of the world’s most talented artisans, buy kites of all shapes and sizes, or simply watch hundreds of colorful masterpieces dance through the skies. Broken and damaged kites can get emergency first aid at the festival’s free kite clinic.

Over 80,000 musicians and fans from around the world flock to Saskatoon’s annual outdoor jazz festival each June. In addition to signature beats, the event also features reggae, blues, folk, hip-hop, rap, country, and even rock. The garden of the Saskatoon Delta Bessborough Hotel may be the main venue, but the Spadina Freehouse and Second Avenue Grill also host a wide variety of musical performances. Local high school students can take jazz lessons from some of the world’s most talented musicians at the Broadway Theatre, while people confined to special home care can enjoy the music thanks to the Jazz Outreach Project.

In early July, the small community of Mortlach hosts this festival dedicated to Saskatchewan’s best-known berries. A parade, pancake breakfast, children’s activities, antique appraiser, and non-stop music are among the fun-filled activities on offer. Don’t leave without sampling the pies and sundaes made with Saskatoon berries.

Shakespeare on the Saskatchewan

Saskatoon celebrates William Shakespeare’s work each July and August with this award-winning festival on South Saskatchewan River bank in the middle of the city. All music, dance, and theater performances on the community stage are free of charge. The event also has art displays, matinee performances, medieval feasts, and much more.

No Canadian music event dates as far back as the Craven Country Jamboree, only a 20 minute drive outside of Regina in the Qu’Appelle Valley community of Craven. Each July, over 24,000 visitors convene here to watch performances by some of the world’s most famous country stars. The music isn’t the festival’s only attraction and food, beer, and merchandise vendors line Craven’s Old West-style Main Street. Visitors can also watch professional bull riding demonstrations or attend the Sunday cowboy church service.