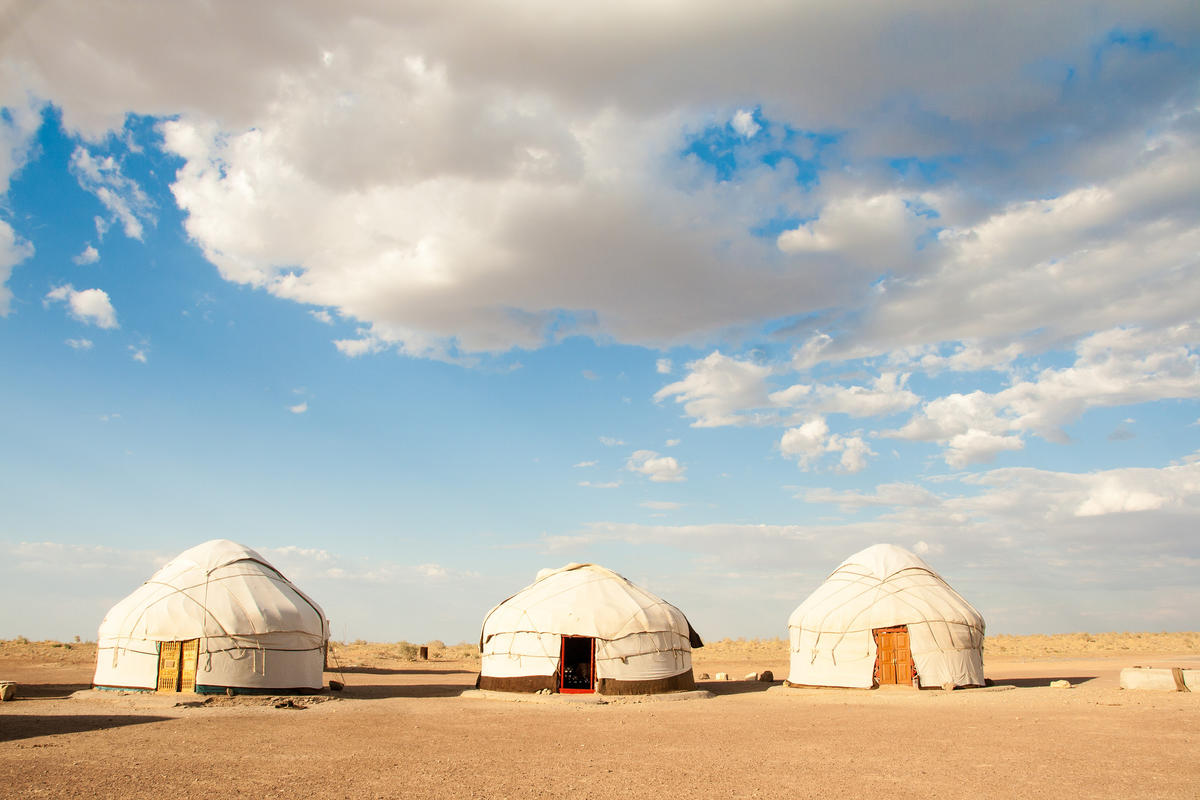 The climate of Uzbekistan is continental and largely affected by its landlocked geography. Being doubly landlocked means the country is surrounded by countries which are also landlocked. Almost 80 percent of the country is comprised by flat, arid desert which is dominated by the Qizilqum Desert of the north. The southern regions, however, lie in the foothills of the snow-capped Tian Shan Mountains of Central Asia. Fergana Valley in the far east is the most fertile region. Generally, however, the country sees little rainfall, averaging between 3.9 and 7.9 inches per annum.

Because of this geography, temperatures can be extreme during the summer and winter months. It is often said, in fact, that Uzbekistan weather is extremely continental. Summers can be very hot, especially in the south, which is represented by cities such as Termez. Winters, on the other hand, can be bitterly cold. July and August are the hottest months.

Because of the temperature extremes in the summer and winter, spring (April to June) and fall (September to October) are the best time to visit Uzbekistan. The capital, Tashkent, sees spring and fall temperatures of a bearable 48°F to 72°F. Fall is particularly pleasant in many areas because this season is harvest time. Fresh fruit is widely available in the markets. Spring and fall are, of course, the high season. While rates go up, hotel accommodations, transport, and tours rarely become fully booked.