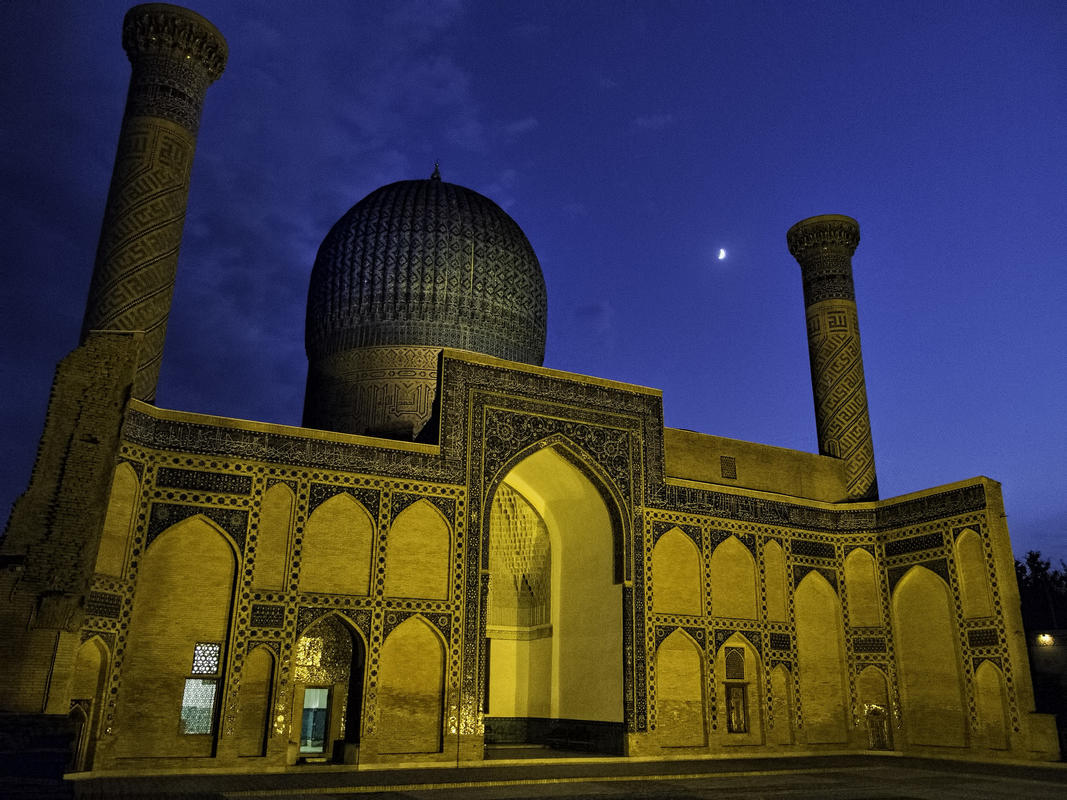 The main language and the only official language is Uzbek, a Turkic language which has incorporated influences from Persian, Arabic, and Russian. Up until the 1920, a form of Perso-Arabic script called Nastaleeq was used to write Uzbek. The country adopted the Latin alphabet that year, which was replaced by the Cyrillic alphabet when the Soviets arrived. It shifted back to the Latin alphabet after independence, although Cyrillic is still widely used. In the historic cities of Bukhara and Samarkand, Tajik is widely spoken. Russian is a useful foreign language in Uzbekistan as it is spoken as a first and second language by parts of the population. More importantly, it is often used as the main form of communication between the different ethnic groups.

The official currency of Uzbekistan is the Uzbek sum (UZS, symbol лв). However, US dollars are widely acceptable at hotels and for transport. Travelers should note that there is an official exchange rate and a black market exchange rate, with the latter considerably more favorable. Money can be exchanged but banks and exchange bureaux naturally abide by the official rates. ATMs are available but are not always reliable. Travelers’ checks are not widely used. The same can be said for credit cards though some large hotels in major destinations accept them.

Uzbekistan uses Uzbekistan Time, which is five hours ahead of GMT (GMT +5). The country does not use daylight savings time.

The dialing code for Uzbekistan is +998. The area code for the capital of Tashkent is 71, Namangan 69, Andijan 74, Samarkand 66, and Bukhara 65. International roaming is possible and so is purchasing a SIM card upon presentation of a passport. Ucell, Beeline, MTS (or MTC in Cyrillic), and Perfectum Mobile are some of the main providers. Service is available in the main cities though coverage tends to wane in the more remote areas. Internet cafés are available in the main cities.

No restrictions exist for the import or export of foreign and local currency. However, bringing in more than US$2,000 requires proof of lawful exchange. Without it, fees will be charged. As for duty-free items, it is possible for visitors older than 16 years to bring in the following without incurring fees: one kilogram of tobacco products or 1,000 cigarettes; perfume for personal use; two liters of wine and 1.5 liters of other alcoholic beverages; and goods and items for personal use up to US$10,000 in value. Visitors should note that valuable items such as cameras, computers, and jewelry must be declared upon arrival.