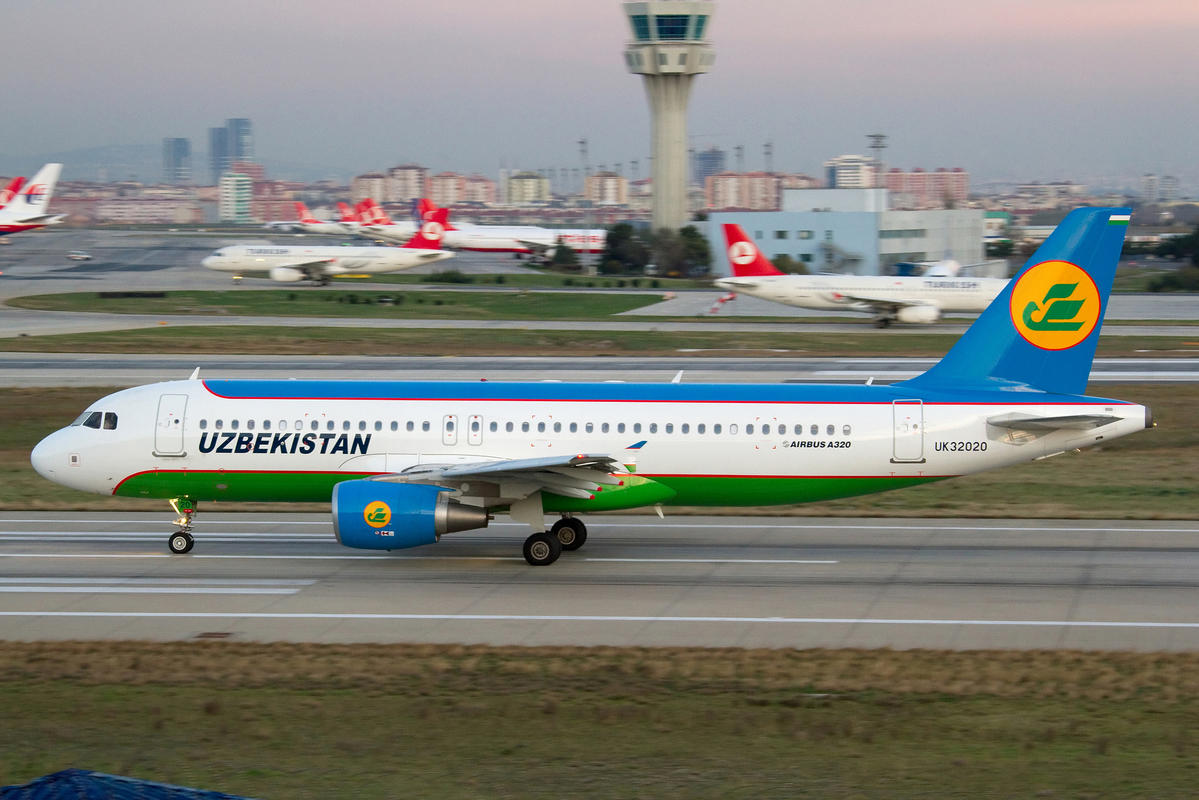 The airport has two terminals—domestic and international—each having its own building. The airport processes two million passengers per year. A number of facilities are available for travelers in transit. There are duty-free shops, bars, and restaurants, currency exchange counters, waiting lounges, and VIP lounges. There are also ticket booking offices on the first and third floors. While facilities are good, the airport is notorious for having unhelpful bureaucratic staff. Baggage claim and immigration processes for arriving visitors frequently take over two hours. Those taking flights from this airport are advised to arrive three hours before departure.

Tashkent International is the hub of national airline Uzbekistan Airways. The airport is connected to airports in Central Asia, the Middle East, China, Korea, India, Southeast Asia, Russia, and Europe. Currently, only Uzbekistan Airways offers direct flights to and from North America, the UK, and Western Europe. It flies to and from New York-JFK, London-Heathrow, Paris-Charles de Gaulle, Frankfurt, and a few other major airports in Europe. As for domestic destinations, travelers can fly from Tashkent International to a number of Uzbek cities, such as Samarkand, Bukhara, Andijan, Ferghana, and Termez.

To get to the city center from Tashkent International, travelers can take a bus or a cab. Buses leave every 20 to 30 minutes and take about 30 to 60 minutes. Taxis are readily available outside for a quicker yet more expensive ride into the city.

Samarkand International Airport is a secondary gateway to Uzbekistan. The airport services the historic city of Samarkand, which is located around seven miles from the airport. A new terminal has recently been built for international flights. Official airport statistics peg passenger arrivals at 35,000 in the year 2004. The airport has a number of facilities, such as booking offices, bars and restaurants, currency exchange counters, and VIP lounges.

The airport currently receives regular flights with seven airlines, all of which connect the airport to Russia (Moscow and St Petersburg) and the Ukraine (Kiev). One airline, Germania, provides seasonal services to and from German cities such as Düsseldorf and Frankfurt. Domestic flights are also available. The flight from Tashkent to Samarkand takes about 45 minutes. From the airport, visitors can take a bus, a van, or a taxi to reach the town center.