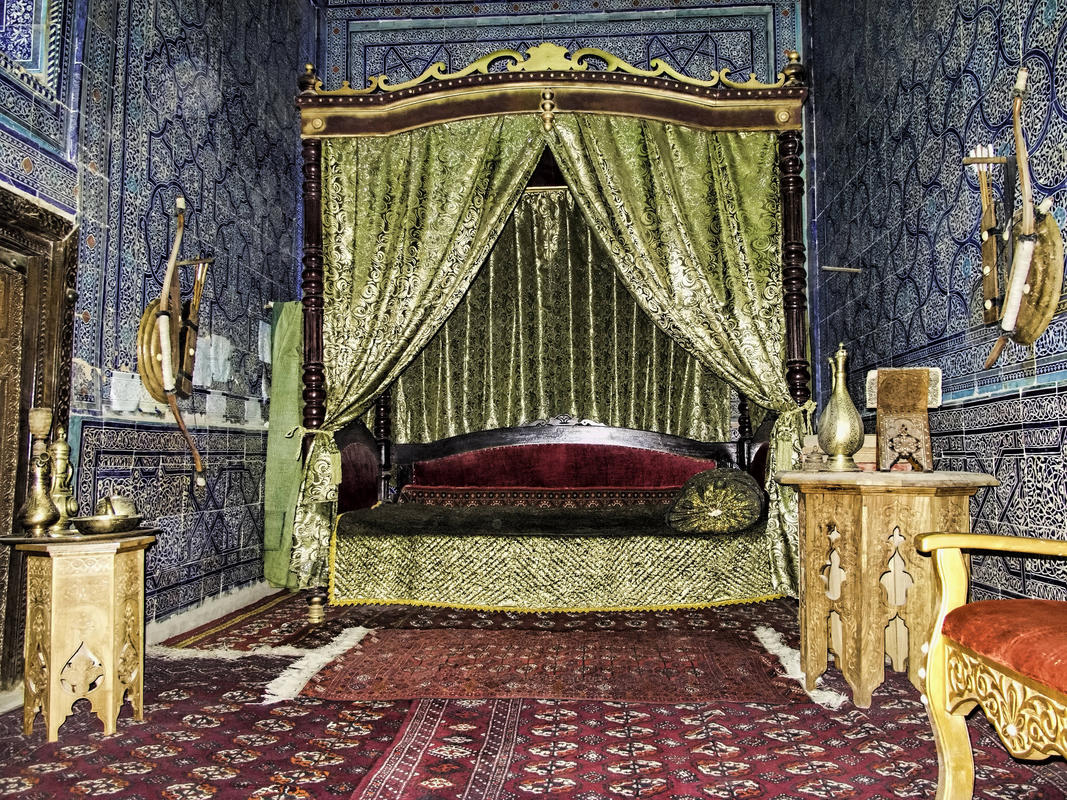 Uzbekistan has been inhabited since ancient civilizations walked the Earth. It has come under the rule of empires such as the Macedonian, the Arab, the Persian, and the Mongol. Modern Uzbeks only came into the picture in the 1500s with the creation of modern day Uzbekistan, which came into being after the dissolution of the Soviet States in the late 1900s.

The territory that has come to be known as Uzbekistan has always been at the crossroads of the civilizations of Central Asia and the Middle East. The first inhabitants of Uzbekistan were said to be the Indo-Iranians, who came to the region in 1000 BC. These people d

eveloped irrigation of the rivers of the area and eventually, their settlements grew into the cities now known as some of the oldest continually inhabited cities in the world: Bukhara, formerly known as Bukhoro, Samarkand, or Samarqand, and the capital of modern Uzbekistan, Tashkent, formerly known as Chash.

By the 5th century BC, these Uzbek cities, particularly Bukhara and Samarkand, were poised to assume their role in history as centers of trade and commerce, and naturally, crossroads of cultures. It was during this time when the civilizations of China and Europe began trading along a highway that came to be known as the Silk Road. Bukhara and Samarkand, the two major settlements of Transoxania province, became two of the wealthiest and most influential cities on this route through Central Asia. They have been declared UNESCO World Heritage sites for their long history, cultural legacy, and architectural heritage.

In 327 BC, the historic regions of Sogdiana and Bactria, both forming parts of modern Uzbekistan, came under the rule of the Macedonian king Alexander the Great. Uzbekistan hence became the northernmost reaches of the Macedonian Empire, which stretched from the Ionian Sea in the Mediterranean to the western portions of the Himalayas.

After Alexander the Great, it was the Persians that ruled these lands, specifically the Parthian and Sassanid empires. In the 8th century the Arabs came, bringing with them Islam―perhaps the most lasting of the legacies left by any of the cultures that passed through the region. Uzbekistan formed part of the Islamic Golden Age wherein Arab scholars made headway in the fields of astronomy, art, poetry, philosophy, and many other areas of study.

Changes came when the Mongolian ruler Genghis Khan conquered Central Asia. He and his Mongol-Turkic culture eventually supplanted that of the Indo-Iranians. By the 14th century, long after Genghis Khan had died, the region began breaking up into tribes and one tribal chief, Timur, otherwise known as Tamerlane, became the dominant power. He established his capital in Samarkand and under his rule, artists and scholars once again flourished. Nomadic tribes living north of the Aral Sea, the Uzbeks, came into the picture after the death of Timur in the 15th century. The Uzbeks established a powerful state in Bukhara that controlled Tashkent, northern Afghanistan, and the Fergana Valley. The Uzbeks eventually became the predominant ethnic group in modern Uzbekistan.

Modern Uzbekistan was only established in the 1900s, the better part of which Uzbekistan, along with other states in Central Asia, was under the firm hold of the Soviet Union. It was only in 1991 that Uzbekistan declared itself an independent and sovereign country, with September 1 now celebrated as Uzbekistan’s National Independence Day.

Having been at the crossroads of civilization, Uzbekistan has been home to many cultures. The majority group is the Uzbek, forming 71 percent of the population, followed by the Russians, the Tajiks, the Kazakhs, and other minority groups. The population of Uzbekistan is predominantly Muslim. However, during the Soviet era, religion was suppressed by the state, which sponsored anti-religious campaigns, closed down mosques, and deported devotees. The observance of Islam has gradually increased since the Soviets left.

Music is an important part of Uzbek culture. Shashmaqam, a form of classical music which originated in Bukhara is similar to classical Persian music, featuring six parts played in six modes, beginning at a low register and ascending gradually to a climax before coming back down again. Today, apart from special events, folk music lives on in religious and family events such as weddings.

There are a number of customs that travelers need to be aware of when in Uzbekistan. The traditional Uzbek bread called lipioshka should never be placed upside down or on the ground, even if wrapped in paper or plastic. Women should always wear modest clothes, never shorts, in public places. Displaying wealth such as jewelry is generally frowned upon.