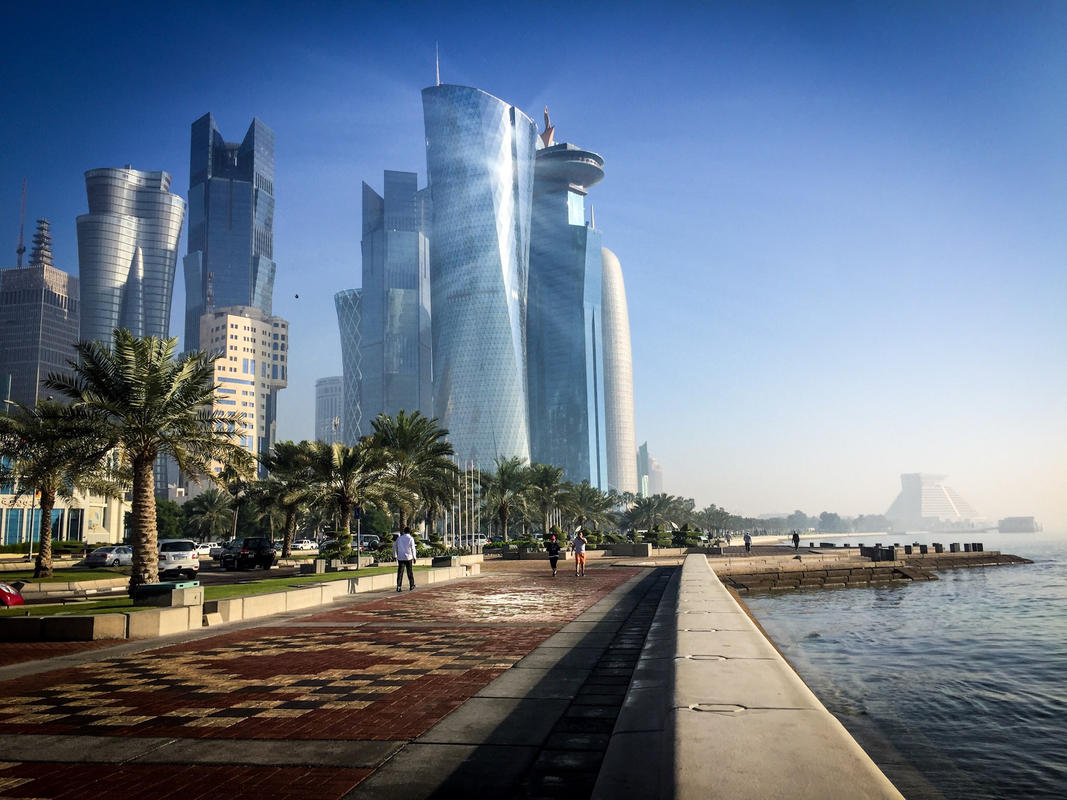 Qatar remains relatively hot all year round. Located in the Middle East, this tiny peninsular nation can reach very extreme temperatures. Summers are the hottest time of the year, and quite long, lasting from the months of May through to September. Temperatures can hit as high as 122°F on a regular basis. It is mostly a dry heat, but Qatar does experience more humidity than other Middle Eastern countries.

The winter period (between November and May) in Qatar is still relatively warm, with temperatures hovering between 70°F and 80°F. Nevertheless, the country still experiences cold snaps during the winter. At times, the temperature can drop to as low as 41°F.

Rainfall is scarce, which is similar to other Middle Eastern countries. Each year, the country receives less than an average of four inches of rain. This made it difficult to sustain a large population. However, since Qatar began its oil economy, desalinization plants have been built to provide water for the country.

With the limited rainfall throughout the year, Qatar’s tourism season is not characterized by precipitation. It largely depends on the heat instead. Qatar’s summer is extremely hot, therefore the best time to visit the country is in the winter months. November is still relatively hot, but between December and April, the temperature drops to rather comfortable levels. However, this is also the peak tourism season, with hotels and transportation prices higher than other parts of the year.

If tourists want to save money, then traveling outside the winter months is possible. Hotels are much cheaper in the hotter months, but be aware of the heat issues though, and take care when sightseeing. At times, heavy haze and dust storms can make visibility low during the summer months.