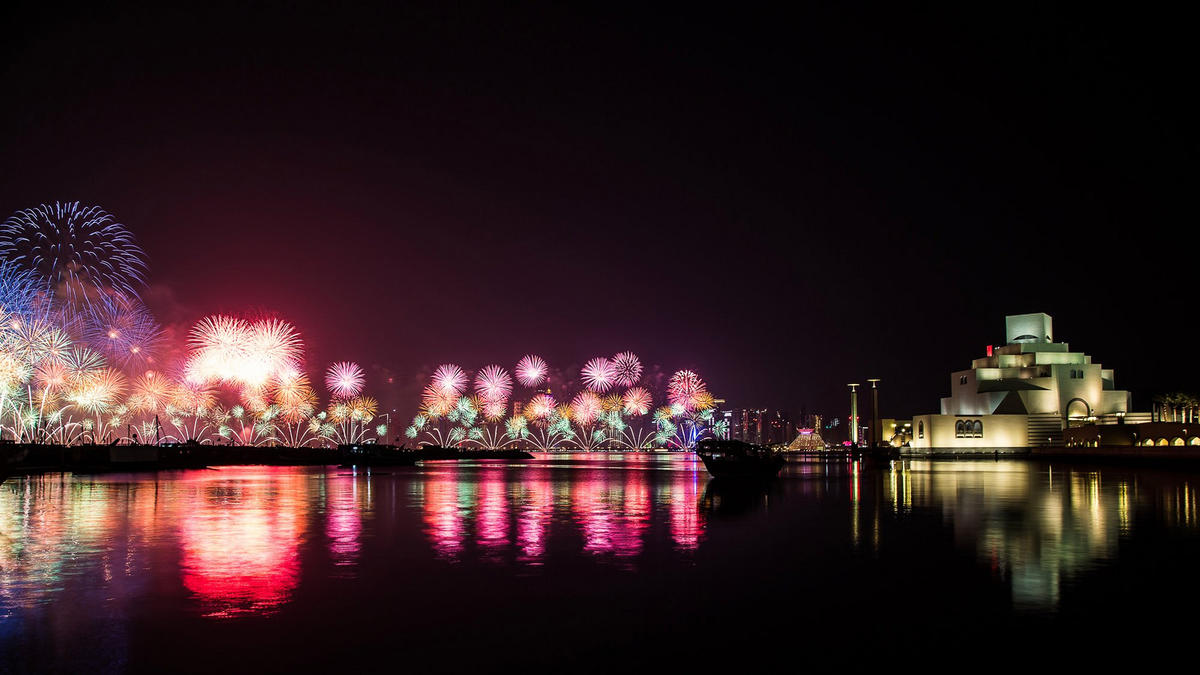 There are many Qatar holidays and events throughout the year. Some of these are religiously influenced, while others depict the growing stature of Qatar as a globally recognized destination. Eid is probably the most renowned religious event each year, seeing off the fasting period known as Ramadan. Highlighting Qatar’s modern development is the Tribeca Film Festival, which pulls in thousands of international visitors annually.

This is the festival that immediately follows Ramadan. It usually falls in the month of August or September, and is celebrated across the country. However, Doha certainly offers the more festive atmosphere. Feasts, dancing, and performances are usually held during the event.

The Islamic month of fasting, called Ramadan, is an important time of the year in Qatar. During the daylight hours, the country is relatively quiet. However, when the sun goes down, fasting is put aside, and locals enjoy a celebratory atmosphere almost every night of the week. Families are often eating feasts, and several areas around the capital city, Doha, are important spots for celebrations. Ramadan usually falls between mid-August and early September.

Local artists are extremely talented, so Qatar puts on the Art Festival each December. Many of the art galleries and museums hold exhibitions during the event to showcase local artistic talent. The event also includes artists from nearby Arabic nations, including the United Arab Emirates and Saudi Arabia.

During the month of March each year, the capital city of Qatar is home to the Cultural Festival. Attracting thousands of visitors annually, this important festival showcases the cultural uniqueness of the area. Traditional music, dance, costumes, and cuisine are mostly found throughout the event.

The Doha Tribeca Film Festival is one of the Middle East’s most impressive international events. Film enthusiasts, actors, critics, and directors come from across the globe to enjoy this yearly event, which is held in the month of October across Doha. It lasts for a total of five days and only began in 2009. Nevertheless, it has quickly grown into a reputable global film festival.

Beginning in 2010, the Qatar Marine Festival occurs in the month of March each year. It is held at the famous Katara Cultural Village along the Doha seafront. Musical performances, seal shows, aquatic animal displays, and many other features are found at the event. Every year, this interesting festival keeps getting bigger and bigger.

In February, the Doha Golf Club plays host to the Qatar Masters Golf Tournament. Many of the world’s best professional golfers flock to Doha to compete in this tournament, which has been operating since 1998. Thousands of visitors come to the capital of Qatar for this event too. Doha accommodation should be booked in advance, as the Masters Tournament is quite a reputable event drawing in many thousands of spectators.

Played at the Khalifa International Tennis and Squash Complex, the Qatar Open Tennis Tournament is a popular tennis event, held in January. Many of the sport’s biggest names come to Doha to compete in the event, which means thousands of tennis-lovers also make their way to the Qatari capital. Roger Federer is a yearly competitor at the Qatar Tennis Open.