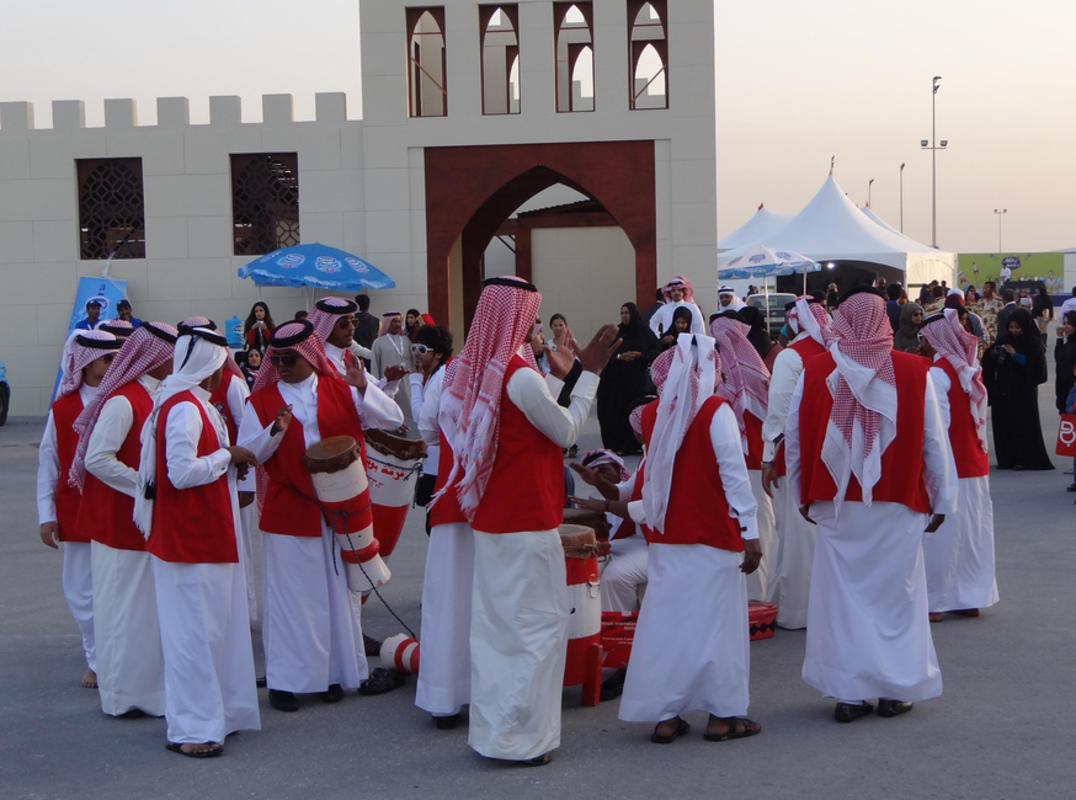 As a Muslim country, Bahrain holidays are usually devoted to Islam and part of a formal schedule that changes from year to year, depending on the lunar calendar. The biggest annual events go by the name Eid—meaning ‘celebration’ in Arabic—which these tend to mark the end of the most solemn religious periods of the year. As Islam is very much a religion centered on the family, celebrations of these occasions often take place behind closed doors, with extended families gathering to enjoy great feasts in residential compounds.

One of the most highly anticipated events of the year, a ban on alcohol is strictly enforced as a measure to promote purity. The Islamic New Year is celebrated in January, just as the Christian New Year, so the two events often merge together into one month of celebration.

On the 10th day of Muharram on the Islamic calendar, Bahrain’s Shi’a Muslim majority gather to commemorate the martyrdom of Hussain ibn Ali. For most, this is not a festival, but a sad period of intense grief and mourning. It is notable to see how the local population assembles and commemorates the day in a series of processions and traditions.

The most widely-celebrated festival in Bahrain, Milad Al Nabi honors the birth of the Prophet Mohammed. Uniting the two predominant Islamic factions on the island— the Sunnis and the Shi’ites— both revere the memory of this important Muslim figure, although they celebrate the occasion on different days. Taking place annually in April, processions, feasting, and storytelling set a backdrop of fervent celebration.

Each June, Independence Day is the time when all the citizens of Bahrain forget their differences in caste, religion, and social hierarchy and celebrate with fireworks, opera, and festivities that span day and night. It marks the day in 1971 when Bahrain regained its independence from Britain after being part a protectorate state for more than a hundred years.

The holy month of Ramadan is seen as the ‘festive season’ by Muslims, a period of charity and reflection. During daylight hours, Muslims are required to fast, but the evenings are especially pleasant as families go out to enjoy themselves over dinner and special Ramadan tents. The culmination of Ramadan is known as Eid Al Fitr, a three-day celebration of feasts and good deeds.