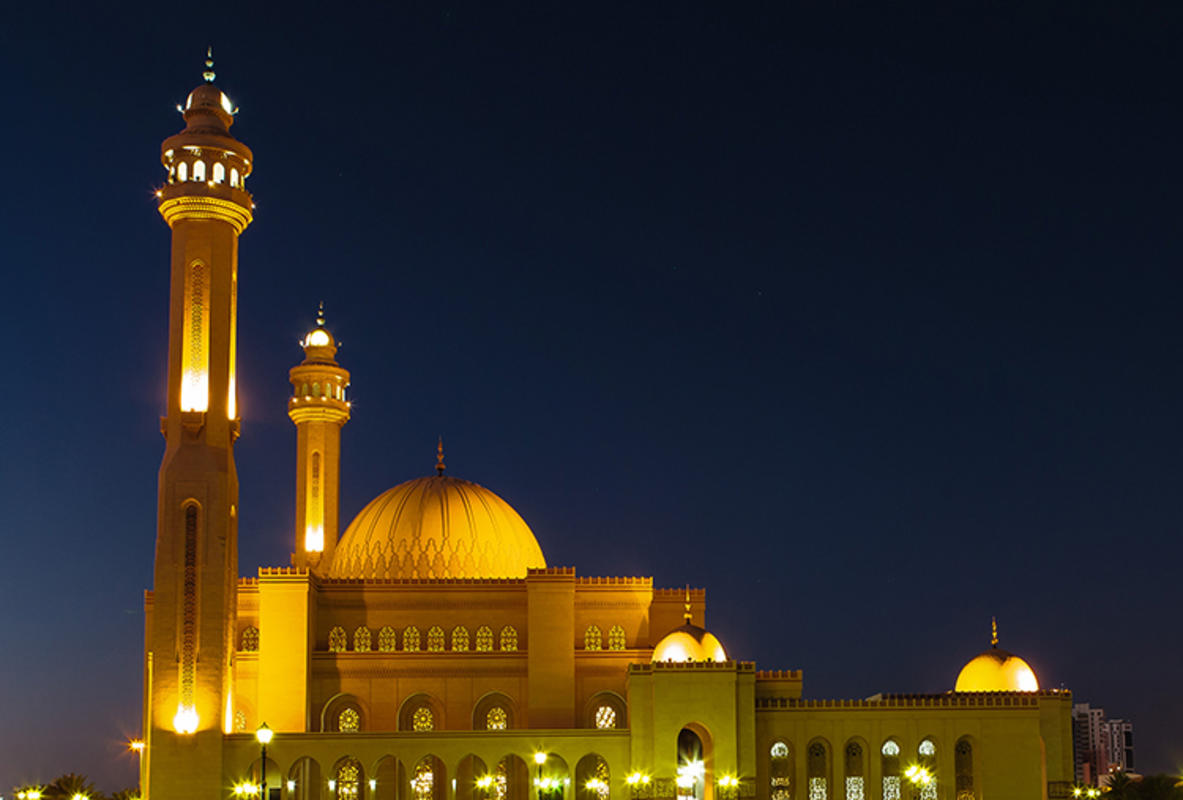 The kingdom’s biggest attractions are either in Manama or out among the city’s surrounding land and aquatic nature areas. Because of Bahrain’s small size, all places are easily and quickly accessible by taxi.

The capital is a small and atmospheric place and, unlike many of its Gulf neighbors, its residents thoroughly enjoy walking around the town’s squares in the evenings, when Manama really comes alive. Because of Bahrain’s tradition of hospitality and tourism, both the city and the outlying areas have a wealth of attractions and activities, and finding something enjoyable to do is very easy, even at short notice.

Known locally as Qal’at al Bahrain, this original fort dates back three millennia, although its current construction was built in the 16th century by Portuguese traders during a time when they controlled much of the Indian Ocean. Inscribed as a UNESCO World Heritage site in 2005, the archaeological finds unearthed on the site reveal a great deal about the history of ancient Bahrain. The architecture of the modern fort is very impressive, while the café by the entrance provides a great place to cool off on hot days. Address: Seef, Bahrain Phone: n/a Website: n/a

With over 6,000 years of local history, the Bahrain National Museum packs in a great deal of interest in an elegant, post-modern structure. A large portion of the displays are devoted to the Dilmuns, a civilization that had ties to ancient Mesopotamia, while the rest of the museum is dedicated to the island after the arrival of Islam up to the discovery of oil. Also recounted is the history of pearl fishing, a recreation of a traditional souk, and several gallery spaces for art and sculpture. Address: Al Fatih Highway, Diplomatic Area, Manama Phone: +973-1729-2977 Website: www.bnmuseum.com

This grand mosque is well known for its enlightening guides and is a great place to learn about Islam, the religion of Bahrain, in breathtaking surroundings. The largest building in the country, Al Fatih is a modern structure that was built in 1984 and can hold up to 7,000 worshipers. The materials used to build it were imported from all round the world—the marble from Italian, the glass from Austria, and the teak wood from India which were hand-carved by local craftsmen. Address: Al Fatih Highway, Al Qudaybiyah Phone: n/a Website: n/a

Residents of Bahrain have been fixated on the Tree of Life for generations. Legend has it that this 32-foot Prosopis cineraria is 500 years old, but when you see the surrounding geography standing atop a 25-foot sandy hill surrounded by barren desert, it is hard to imagine how it began to be in the first place, as its source of water is unknown. It is the only tree within a sizeable area, and over 50,000 tourists arrive each year to make sure it is still protecting the region. Film buffs will appreciate the fact that the tree was mentioned in the film LA Story. Address: Near Jebel Dukhan Phone: n/a Website: n/a

Lying in the capital’s old district, this souk, or outdoor market, has narrow lanes and covered alleys reminiscent of a Middle Eastern bazaar, but little of the stressful congestion like those found in Cairo or Istanbul. From souvenirs and cheap goods imported from Asia to spices, handicrafts, electronics, and local produce, there is an enormous amount to explore here. Perhaps the most interesting area is the Gold Souk, with its traditional Bahraini architecture and regular bargains. Address: Behind Bab Al Bahrain, Manama Phone: n/a Website: n/a

The island was the first financial hub in the Middle East; but it has been overtaken by a number of other economies in the UAE and Qatar. Looking to reclaim the accolade, Bahrain built an impressive harbor on reclaimed land and decked it out in modern architecture and elegance. It is laced with shining structures, business, residential, and hotel towers and the tallest buildings on the island. All of them overlook an area of cafés and swanky eateries bordering the waters below. Address: Downtown Manama Phone: +973-1710-2600 Website: www.bfharbour.com/

Click here to learn about Bahrain's Food and Restaurants