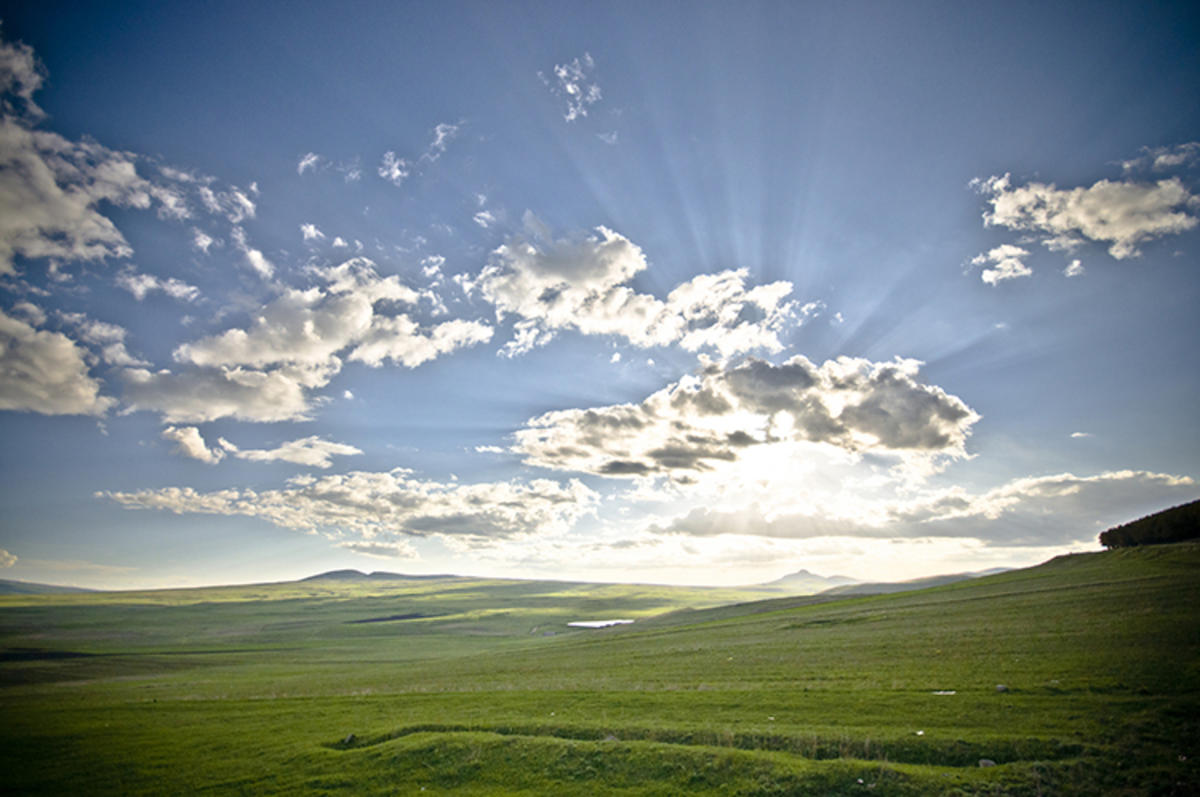 Lying almost 1,000 m above sea level, Armenia has a pleasant continental climate. This means drastic weather changes between the north and south, summer and winter and in severe cases, even night and day. Most of the country is dry all year round but the mercury differs quite starkly regionally between high-lying and low-lying areas. While Yerevan (low) is warmer, Lake Sevan in the north (higher) is colder.

Summer, which spans the months of June to August, boasts long hot and dry days. Temperatures during this time can rise to unbearable highs of 104°F. Higher regions in the north experience sharp contrasts between night and day with the night-time temperatures dipping sharply.

Winters, usually from December to March country-wide, are bitterly cold, with temperatures dropping to below zero. Heavy snow is experienced all over, but especially in the northern and mountainous regions around Lake Sevan. Very little rain falls (Yerevan only has about 350 mm of rain per year), but in the regions of Lori, Tavish and Syunik a great deal of moisture can be seen especially during March and April.

Since Armenia is still under the radar on most tourist maps, the peak summer season is not as overcrowded as one would expect in other European destinations. Financially, Armenia is also the least expensive, as well. The best time to visit is thus largely dependent on the seasonal weather conditions. May to June (spring) and September to October (fall) are beautiful times for a trip. The weather is warm, not scorching and the winters are also less severe. Spring also sees the blooming of gorgeous flowers, especially in the countryside, which is quite a sight to take in.

Click here to learn about Armenia's Festivals and Events