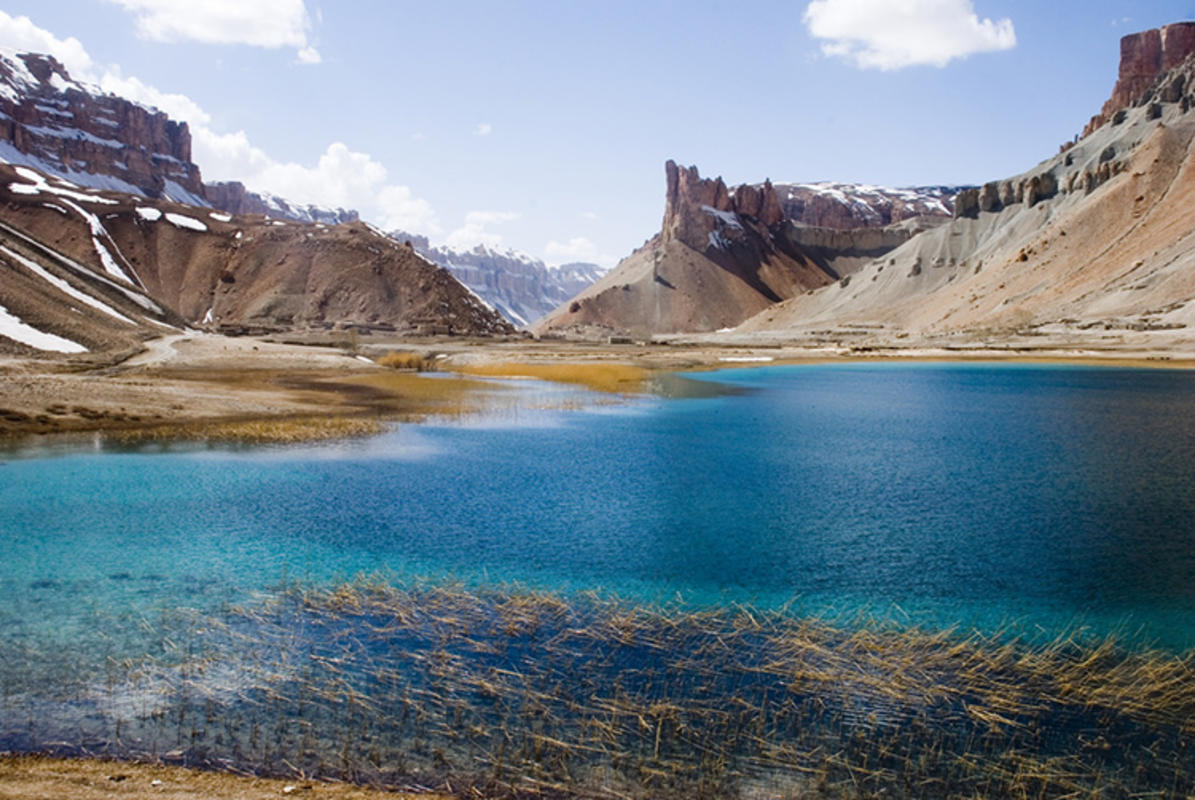 Despite the Taliban bombing in 2001, the Buddhas of Bamiyan remains one of the most iconic cultural monuments in Afghanistan. Though largely destroyed, they are still very much reflective of the region’s history and it’s kindred spirit. There are ongoing efforts to rebuild the figures, and the monk caves are still accessible. The lakes of Band-e Amir are also not to be missed, along with the stunning geological formations that surround them. Guided tours are the best way to see Afghanistan’s attractions safely.

Very much destroyed by wars from the late 1970’s to the early 2000’s, the capital city is slowly rising out of the ashes, with modern establishments sprouting here and there to mask the ruins, which at one point wiped out a third of the public buildings. Among the must see places in town are the Gardens of Babur, the Bagh-e Bala palace and park and the market known as Bagh-e Zanana. Kabul Zoo and the recently reopened Afghan National Museum are also worth visiting. Address: Kabul City, Afghanistan Phone: n/a Website: n/a

Bamiyan is the closest city to the Hindu Kush range and is the best jumping off point for trips to the great Buddhas of Bamiyan. Exploration around town can be done on foot, but you will need a rental car or driver for daytrips, especially when visiting the ruined Buddhas, the caves, or the mountainside. The best views of the valley can be seen from the Shahr-e Gholghola fort. Address: Bamiyan province, Afghanistan Phone: n/a Website: n/a

Band-e Amir is the first national park in the country, comprised of a series of five lakes surrounded by breathtaking land formations, including the famed tomb of Amir, where a women’s beach can be found. Explore the trails to enjoy views of the deep blue waters and scenic paths. The lakes are hidden 9514 feet within the Hindu Kush and are a three-hour walk from the turn off point in Yakawlang. Address: Hindu Kush, Eastern Afghanistan Phone: n/a Website: n/a

The Minaret of Jam is a UNESCO World Heritage site literally standing in the middle of nowhere, surrounded by rocky slopes and a crystal lake. The 65-meter high minar is the second tallest of its kind, behind only the Qutub Minar in Delhi. The detailed carvings around the minaret are very impressive, reflecting the prehistoric history of the region. Address: Jam Village, West Afghanistan Phone: n/a Website: n/a

Even the National Museum was not spared from ruin, but a good portion of its collections survived. Important relics like the 15th century black marble basin known as Buddha’s Begging Bowl and the Rabatak Tablet are proudly displayed in all their glory. Sultani Museum is also nearby, featuring exhibits of manuscripts, carvings, pottery, coins, and other artifacts. Address: Darulaman S of Kabul Phone: +93-75-201-4259 Website: n/a

Located 11 miles from Bamiyan, the Red City is home to another historic citadel (or what remains of it) known as Shahr-i-Zahak. Originally destroyed in the 13th century by the mongrels along with a nearby fortress, the site today memorializes the victims. Address: Jam Village, West Afghanistan Phone: n/a Website: n/a

Tucked in a little street behind Kabul’s Pul-e Khishti Mosque is a small bird market frequented by the locals. Species of all shapes and sizes are available for purchase. The speciality market is just one of the many small shopping areas in the capital city. Chicken Street is the go-to for carvings, carpets, and other tourist fare. Address: Kabul City, Afghanistan Phone: n/a Website: n/a

Located within the white mountains known as Safed Koh, the Tora Bora (Black Dust) cave complex is one of the most beautiful places to visit. It is found 31 miles from the historic Khyber Pass. Natural caverns formed by streams eating into the limestone thought to house a complex tunnel system described by many as a self-sustaining underground city. In reality, nothing technologically advanced was uncovered aside from the impressive natural wonders of the region. Address: Eastern Afghanistan Phone: n/a Website: n/a